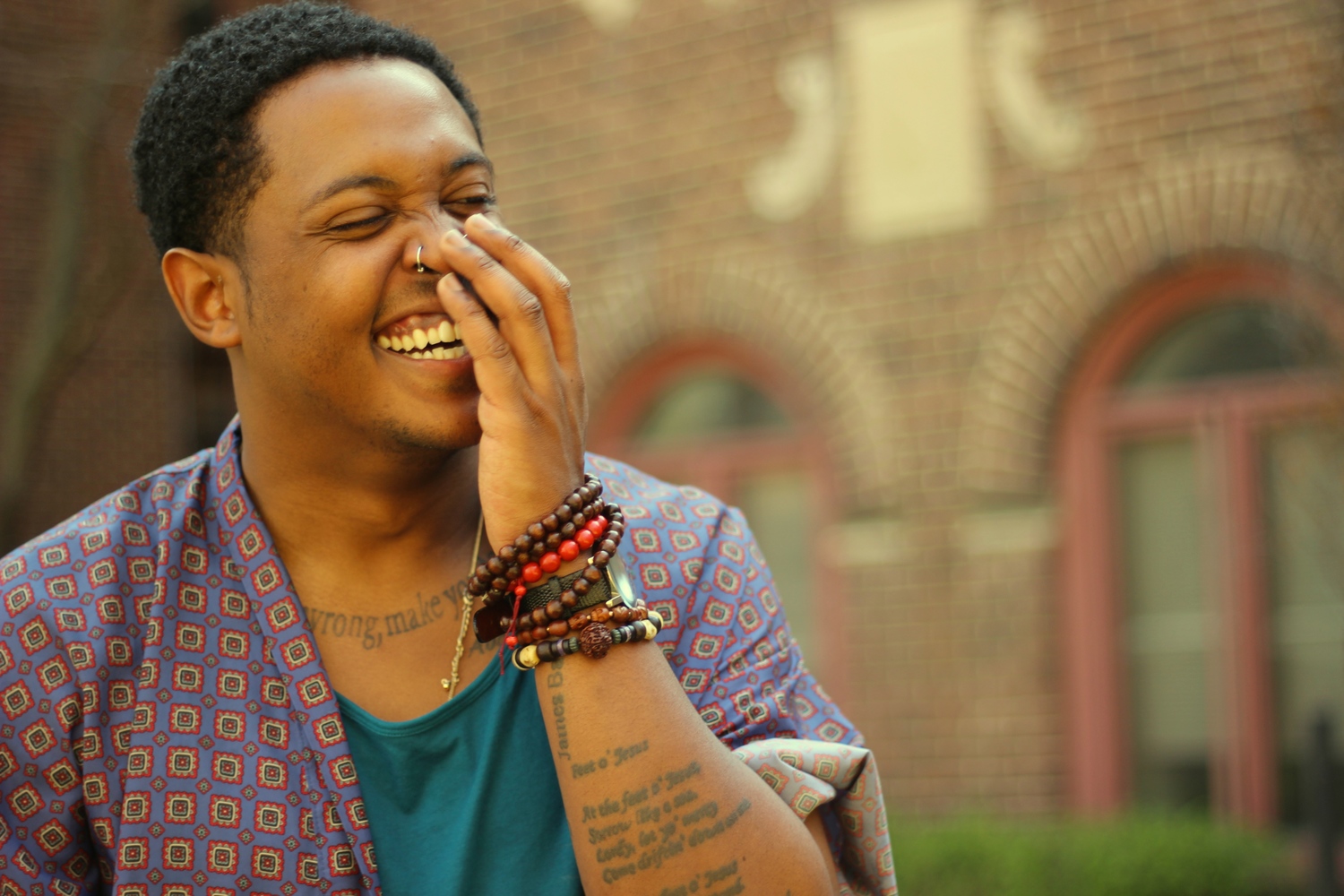 Danez Smith was the keynote speaker for this year’s LGBTQ+ History Month at the college. (Photo Courtesy of Danez Smith Website)

For Danez Smith, poetry is a way to create the world you want to see and “sneak that world into being.”

This past Thursday, Smith spoke to students and professors over Zoom and read a few of their poems as the college’s LGBTQ+ History Month keynote speaker.

Smith is a Black, queer author and performer in Minneapolis, Minnesota. Their 2017 book of poetry, “Don’t Call Us Dead,” won the Forward Prize for Best Collection, the Midwest Booksellers Choice Award and was a finalist for the National Book Award. They are a member of the Dark Noise Collective, which features the poems of many contemporary and powerful poets and their work has been featured in Buzzfeed, The New York Times, PBS NewsHour, Best American Poetry, Poetry Magazine and on The Late Show with Stephen Colbert. Their latest collection of poetry, “Homie,” was published in January 2020.

Grayson Thompson, assistant director of intercultural development and coordinator of gender and sexuality programs, began Thursday’s event by stating that there would be no question and answer portion so that the event could be a “Space where queer people, especially Black people, can speak without being interrogated.”

Thompson then introduced Smith’s talk by suggesting that “To be queer is to ask why.”

Smith began by reading a poem by Pat Parker, a Black queer woman whose work is widely discussed in queer Black poetry circles. In it, she discussed the nature of being discriminated against and questioned by society, asking, “Is our house the only safe space for us?”

Then, Smith described the changes they believe need to take place right now. These include communities uniting, people allowing space for more difficult conversations and more individuals voting intentionally on Election Day. That led into their poem entitled “My President” that is “about everyone but Donald.” Smith went on to list many of their heroes, such as their mother and Beyoncé as “my president.”

“How we will encounter questions of violence?” Smith asked.

They told the audience that “we owe modern queer rights, we owe pride month” to people protesting. As a result, they described going to the gun range and seeing many Black women who wanted to protect themselves and their families.

Smith asked of their community, “How long will we reach for God instead of something sharper?”

This story gave way to their next poem reading entitled “Jump” in which they described their tight knit community and how, growing up, they were close enough with their friends that their mothers treated Smith like their own, going so far as to beat him up.

“The really sad part…is that at a certain point the names get divorced from the work,” Smith said of their belief that Black trans women will be the “last to get justice in this country.”

Their next poem entitled “Say It With Your Whole Black Mouth” summarized how Smith used to let white people make them feel self conscious but has become more confident in their voice.

Their poem, “Waiting On You To Die So I Can Be Myself,” summarized the experience of having family members whom they love but who will never truly accept them.

Smith concluded the event by having a conversation with Grayce Walker ‘22. First, Walker asked Smith how they built their intentional community.

Smith explained that in college, they were “looking around at who I was vibing with…folks I met in college” and thought “let’s think and be together.”

That community became intentional for Smith after college because “It is about ‘How do we take care of each other?'”

Walker asked about Smith’s community organizing work in Minneapolis, which led to Smith discussing their monthly resource fairs which feature books, healthy food, spirituality and an opportunity to learn from one another.

“You cannot organize with people you don’t love,” Smith explained.

Walker then asked, “How can Black queer folks take care of themselves and their community?”

Smith responded that doing things to keep healthy like drinking water and wearing a mask are vital, but also that they should “feel free to carve out a little more space for [them]selves.”