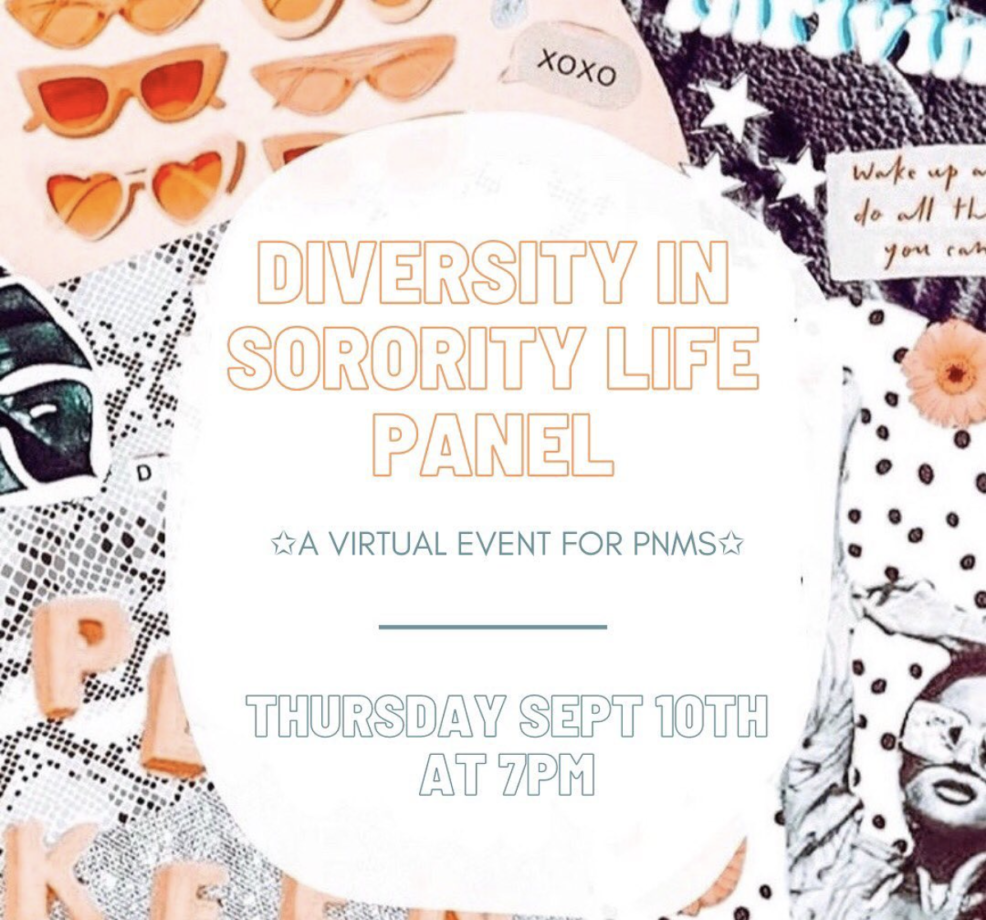 Sorority leaders from all six Lafayette chapters held a Diversity in Sorority Life Panel last Thursday to discuss inclusion in the Greek life community, as calls for the abolition of Greek life intensify online.

The panel was held so the campus community could have an opportunity to have “open communication” about “the issues that a lot of people feel like are barriers to joining Greek life,” Panhellenic Council President Sandi Manfreda ’21 said.

Hosted by the Lafayette College Panhellenic Council and moderated by Chaplain Alex Hendrickson, the panel included representatives from the Panhellenic Council, Student Government, and all six sororities, and primarily discussed the issue of racism in sororities, while also touching on the problems of homophobia and sexism. Many panelists shared stories of their experiences as women-of-color in Greek life and discussed the various steps that sororities are taking to address concerns about racism and other prejudices in their chapters.

Many of these concerns, while not new, gained awareness this summer, primarily driven by the Instagram pages @black.at.laf and @anti.violence.laf, which are filled with student accounts of racism and sexual violence at the college.

The Black at Laf account is “dedicated to exposing the racist experiences of black students, alum, and faculty at Lafayette College,” as written in its bio.

The account has shared more than 130 posts to more than 2,650 followers since late June, consisting primarily of anonymous stories of racial discrimination at Lafayette, with a number involving Lafayette’s Greek organizations. One post from July 5 detailed how, during the recruitment process, a sorority member was explicitly told to vote against admitting a black woman because the heads of recruitment believed the woman “‘didn’t look like the kind of girl they were going for.’” Another post from July 3 recounted the heads of recruitment agreeing not to vote for women of color after a discussion in which one of them said they “‘don’t want more of those Posse type in [the] sorority.’”

The stakes are also high for Lafayette’s Greek organizations, with Tri Delta voting on Thursday to relinquish their charter at the college. Calls for the complete abolition of Greek life on Lafayette’s campus have been growing in other online communities, including another recently formed Instagram page, @abolishgreeklifeatlaf, which has garnered over 500 followers since its inception.

“[Abolishment] is maybe something to consider if there continues to be a pattern on campus where the root of a lot of these issues is stemming from Greek life,” Director of Student Government’s Greek Life Committee Ameruoso told The Lafayette in an interview prior to the event.

The panel discussed in depth the changes it is making to address these issues during recruitment. Ameruoso detailed new accreditation requirements, including “a workshop related to anti-black racism, discrimination bias, and…multicultural education” that 75% of each chapter’s members will be required to participate in.

Amanda Literati ’21, vice president of membership recruitment for the Panhellenic Council, noted that she hopes to hold this workshop and other implicit bias and anti-racism training sessions directly prior to recruitment in future years.

There was also a broader discussion of efforts that individual sororities are making to be more inclusive. Angelique Taveras ’21, President of Pi Beta Phi, spoke about how her sorority established a “Black Lives Matter Committee” to address issues of “racial gaslighting” and “tone policing,” among other topics.

“[The] Black Lives Matter Committee was spearheaded by women of color in the organization to talk about issues beneath the surface, more than just microaggressions,” Taveras said. “[They] established an LGBTQ group chat with current members and alumni that has not only offered help with mental health support but has also been really helpful in exploring careers with LGBTQ protections.”

The panel also discussed another effort to increase diversity and inclusivity in Lafayette’s Greek community—bringing a historically black or multicultural sorority to campus. The entire panel endorsed this idea, with Panhellenic Council representative Lia Charles ’22 saying that “people should be able to affiliate with whatever organizations they feel the most comfortable [in].”

The panel specifically noted the efforts of Emily Morocho ’22, who, along with a group of other women on campus, is trying to bring a chapter of Mu Sigma Upsilon to Lafayette. Mu Sigma Upsilon is the first multicultural sorority in the nation, according to their website.

Morocho was not on the panel, but noted in an interview that a multicultural sorority would provide a meaningful “safe space.”

“Women of color often find themselves [being used] as a token piece or to fill up a quota, but in MSU [they] wouldn’t have to fit in into a space, it would be [their] own space,” Morocho said.

“[These policies] are first steps and all of this is a learning process; no one has an expectation that all of these issues or all of these concerns will magically resolve,” Hendrickson said.