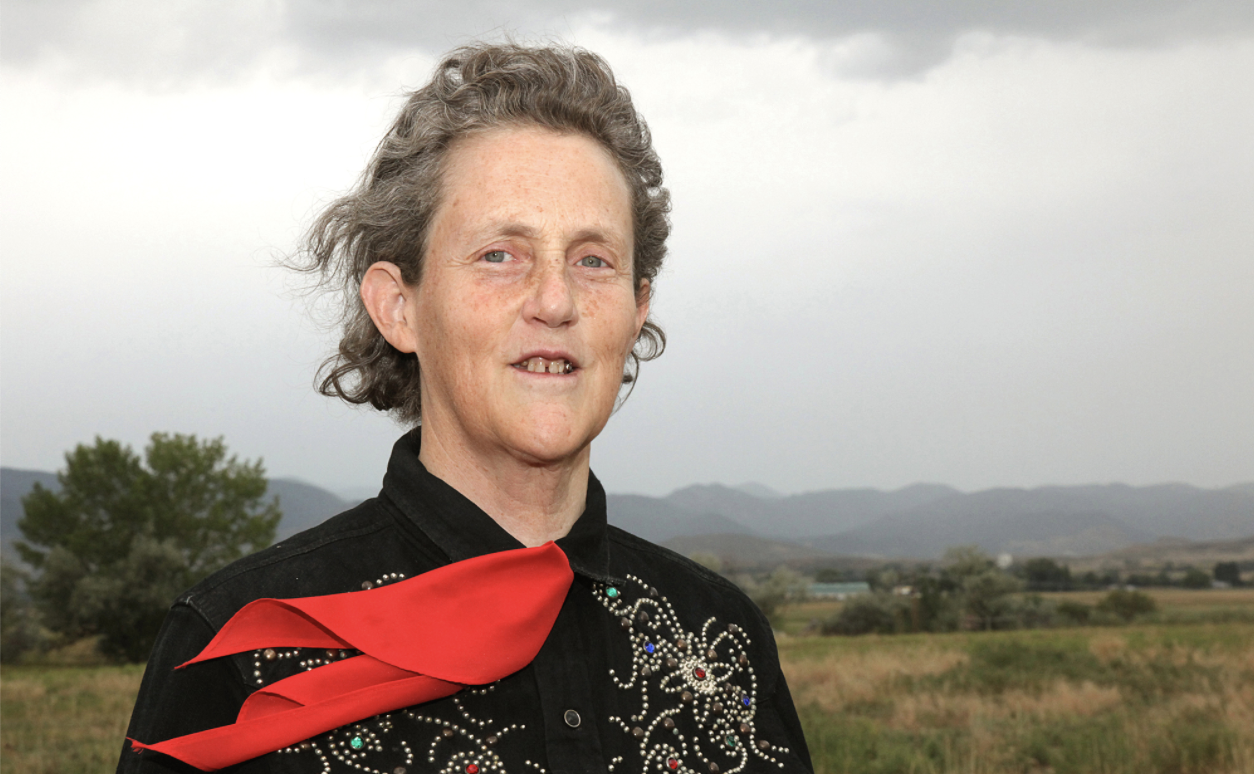 Temple Grandin thinks in pictures. Her world goes by “one short little PowerPoint slide” at a time, but her work is a testament to the power of different types of thinkers.

Grandin is this year’s commencement speaker and recipient of an honorary science degree from the college, and will bring her expertise as an autism spokesperson and an advocate for the humane treatment of animals. She has authored more than 60 scientific papers on animal behavior as well as several books, including Thinking in Pictures, a biography detailing her experience as a visual thinker.

As a faculty member in the College of Agricultural Sciences at Colorado State University, Grandin teaches courses and plays a significant role in the livestock industry as a consultant. Today, half the cattle in the country go through equipment that she designed in meatpacking plants, according to her website.

Grandin’s inventions haven’t just benefitted cattle, however. While in college, Grandin designed a device called a “Hug Box,” used to help soothe people with severe anxiety. The device was inspired by a trip to her aunt’s ranch, where she saw cattle being put in squeeze chutes to calm them while being vaccinated.

“I noticed that when I squeezed the…500 pound calves to give them the vaccine, they kind of relaxed,” she said in an interview with The Lafayette. “So I wanted to try that out. See, pressure is calming. And that was one of the things that helped me with some of my anxiety.”

Fear and anxiety were a constant force in Grandin’s life, especially before she began taking antidepressants, she said.

“I have a big fear reaction. For a long time I didn’t know that wasn’t normal,” Grandin said. “I’ve been on antidepressant medication since 1980. The best thing that ever happened to me.”

Now, Grandin spends much of her life teaching people to deal with fear, particularly people on the autistic spectrum. The instructions for making a hug machine are available online, but Grandin has other means of coping. Exercise and downtime go a long way, she said.

Grandin said astronauts on the International Space Station (ISS) already had ways for dealing with the universal stressors of the COVID pandemic.

“You’ve got to have a schedule,” she said. “[Astronauts on the ISS] have midday meals where everybody gets together. And they also have some downtime, where they can go look at a movie or look out the window or…talk to their family, read a book, play a musical instrument.”

Grandin is a self-described photorealistic visual thinker, which she says has helped with both her teaching career and her consulting work on animal welfare. When she began to study cattle behavior, Grandin quickly put her visual thinking skills to work.

“I was going out and looking at things that were spooking cattle like shadows on chutes and a chain hanging down, a coat on a fence,” she said. “I thought everybody was a visual thinker. I didn’t know thinking could be different.”

She said she knows now. Grandin thinks in pictures, but has no working memory and can’t do algebra because “there’s nothing there to visualize.”

“If algebra had been a required course for college graduation in 1967, there would be no Temple Grandin,” her website reads.

The lack of a working memory means that Grandin can only visualize one picture or, as she likes to put it, “one short little PowerPoint slide” at a time. Although Grandin does not consider herself a verbal thinker, that hasn’t stopped her from becoming a prominent professor of animal science and a highly lauded author and public speaker.

What she lacks in working memory, Grandin said she makes up with her ability to visually explain things to others.

“Actually, people think I’m pretty good at explaining things because I can visualize how the other person would see something,” she said. “You see, as I explain it, I’m visualizing it. And then I’m writing about what I’m seeing.”

Grandin said she appreciates the need for both types of thinking during the engineering design process, in order for information to be both meticulously organized and readily accessible. She pointed to the ease of Zoom’s interface and the design of the iPhone as examples of “different kinds of minds working together.”

“In making something good, you need both kinds of thinkers,” Grandin said. “Someone to make the interface easy and someone to do the programming…that’s the different kinds of minds working together.”

“We wouldn’t have this technology we’re on right now without autism.”

Grandin’s work at the intersection of these “different kinds of thinkers” is one of the main reasons she was invited to speak, according to President Alison Byerly.

“Her own experience of disability has given her insight into…the question of, ‘How do you mobilize different kinds of thinking?’” Byerly told The Lafayette.

“Her writing has been really interesting on the ways in which you combine the practical or technical aspects of learning with the more artistic and creative side, and when I think about Lafayette as integrating liberal arts and engineering and bringing these different fields together, I think…of what she’s written about the way in which…you train yourself to think holistically about, ‘how can even things that seemed like deficits become strengths?’”

Grandin will be speaking during the virtual commencement ceremonies on Aug. 1.

I have such mixed feelings about this. Grandin is often held up in a tokenist way as a fantastic example of a successful autistic person, but to be honest many autistic people have protested things she’s said. She’s advocated for what is essentially eugenics, supports using a therapy that has been directly linked to PTSD with ”low functioning” autistic people, and has been highly critical of disabled people who are unemployed. Here’s a source to learn more: https://www.google.com/amp/s/intheloopaboutneurodiversity.wordpress.com/2019/07/21/why-temple-grandin-is-not-my-hero/amp/

I really wish we’d chosen Lydia Brown, Amy Sequenzia, Alyssa Hillary Zisk, or any of the other countless autistic researchers that have done so much good and haven’t said the same number of concerning and dangerous things. While I respect so many of Grandin’s contributions, I encourage people to really listen to the larger autistic community to learn about some of her viewpoints that are more controversial.