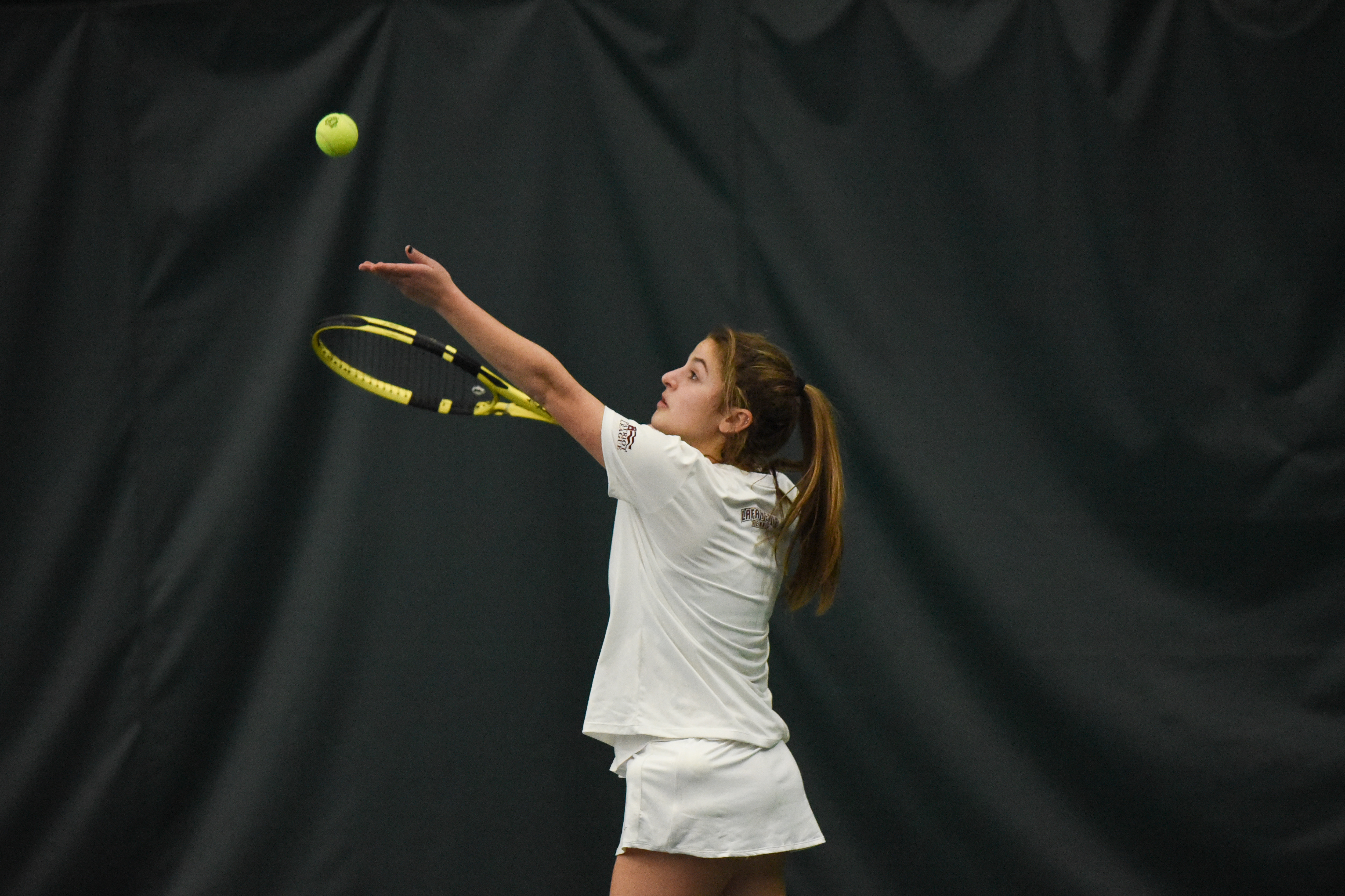 The Lafayette women’s tennis team continued their winning ways last weekend with a 5-2 victory over Niagara, their ninth win of the season and most in 14 years. The men lost 5-2 to Niagara and currently sit at 1-8 on the season, while the women boast a 9-2 mark.

“The women obviously are having a great season,” said head coach Ralph Van Ormer. “That win in Niagara just kind of keeps pushing us to a different level.”

“We’re young at the bottom of our lineup on the men’s side, so it’s going to take a while for us to get better and more experience on that end,” he added.

For the women, sophomore Maureen McCormack teamed with freshman Alyssa Sarver for a 6-3 win at number two doubles, and senior co-captain Grace Conrad and freshman Melanie Sparhawk clinched the doubles point for Lafayette with a 6-2 victory at number three doubles.

Van Ormer noted that he is also now far enough into his Lafayette coaching stint to have only players that he has recruited. He called it “a big four year difference.”

“It’s just that recruiting process and getting in the right players that [are] going to help you play,” he added.

On the men’s side, sophomore Will Barry and junior John Yurconic won together at number one doubles, 7-6, and each claimed singles victories. Barry was named the Patriot League Men’s Tennis Player of the Week after winning in straight sets at number one singles, 6-3, 6-4, and in doubles with Yurconic.

“It was good to see that we were able to compete at the top of the lineup,” Yurconic said. “The doubles match was a super tight one…it was a back-and-forth…[and] a lot of fun.”

Yurconic lost the first set of his match at number two singles, but bounced back with 7-6 and 10-6 victories to earn the three-set win.

“We [had Barry] who was Patriot League Player of the Week this week and we still lost the match so that just goes to show that the way he plays,” Van Ormer added. “[And Yurconic] had a great match.”

Van Ormer said that Patriot League play would be the team’s toughest test of the season, but acknowledged that the future is uncertain given that all athletic competitions and practices will be suspended through April 5 due to the spread of coronavirus in the country.

Both the men and women were scheduled to begin Patriot League play next weekend, and it is unclear whether the games will be made up given that both teams will miss a handful of conference matchups.

It is also unknown how the delay will affect the playoffs, which were scheduled to begin for the women on April 16 and the men on April 23, leaving limited time to play conference games.

Van Ormer also said that the women’s team will miss their spring training trip to Bermuda, which was previously scheduled for March 14-20 during spring break.

At this time, both teams are slated to return to regular practice and games on Monday, April 6.