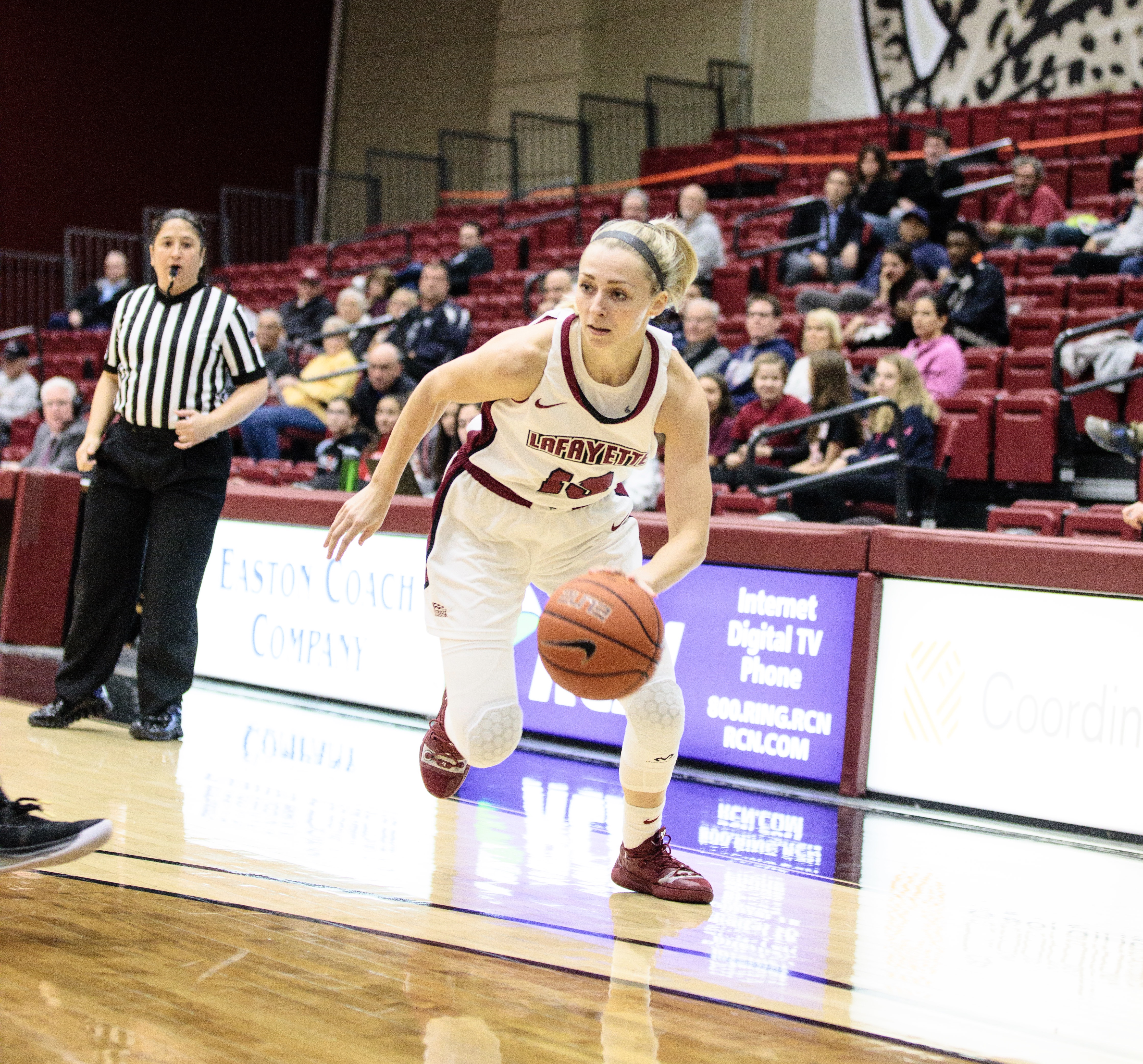 The Lafayette women’s basketball team ended their season on Monday with a 52-33 loss to Holy Cross in the first round of the Patriot League tournament.

The Leopards finish their season with 15-14 record, including 11-7 in conference play, after winning just eight games a year ago with a 2-16 conference record. The 11-7 Patriot League mark is the team’s best since the 1991-92 season.

The Leopards got on the board first with a layup from junior guard Drew Freeland, but only scored once more in the first quarter off of free throws. The Crusaders carried an 8-4 lead into the second quarter, and extended their lead to 22-12 by halftime.

Holy Cross again outscored the Leopards in the third quarter, 15-8, to open up a 17-point lead heading into the fourth. Lafayette ended the game on a 7-0 run but it was too little, too late in the 52-33 loss.

“Playing in playoff games [and] being in those situations, we need the experience which we’ve gotten these past three years of staying composed and handling the big moments better,” said junior forward Natalie Kucowski. “And that’s something we will continue to work on and use this experience for the future.”

Senior forward Alexis Santarelli led the Lafayette offense with eight points and five rebounds on 3-7 shooting. Senior guard Sarah Agnello finished with six points and three rebounds with two made three pointer, while Kucowski recorded 12 rebounds, three blocks and four assists, but was held to just 1-10 shooting from the floor.

“One thing that I was proud of for the game was the way that we stuck together and played hard for forty minutes” Kucowski said.

Kucowski was named to the All-Patriot League First Team and the All-Defensive team on March 6, after leading the Leopards this season with 13.5 points per game and 12.8 rebounds per game, giving her a steady double-double average.

Kucowski also earned conference Player of the Week nods twice this season, and became the All-Time leading rebounder at Lafayette this season. In the team’s penultimate game of the season against Navy, Kucowski became the first player in Lafayette women’s basketball history to record 1000 points and 1000 rebounds in her career.

“It’s an honor to be recognized by the other coaches in the league and to receive those awards,” Kucowski said. “At the same time consistency is a thing I need to continue to work on and that was pretty evident on Monday night, that I need to be fulfilling my role for the team.”

“So, going into next year, just focusing on that, and focusing on the fact that everyone needs to fulfill the role and expectations that the team has of them is important so we can be successful,” she added.