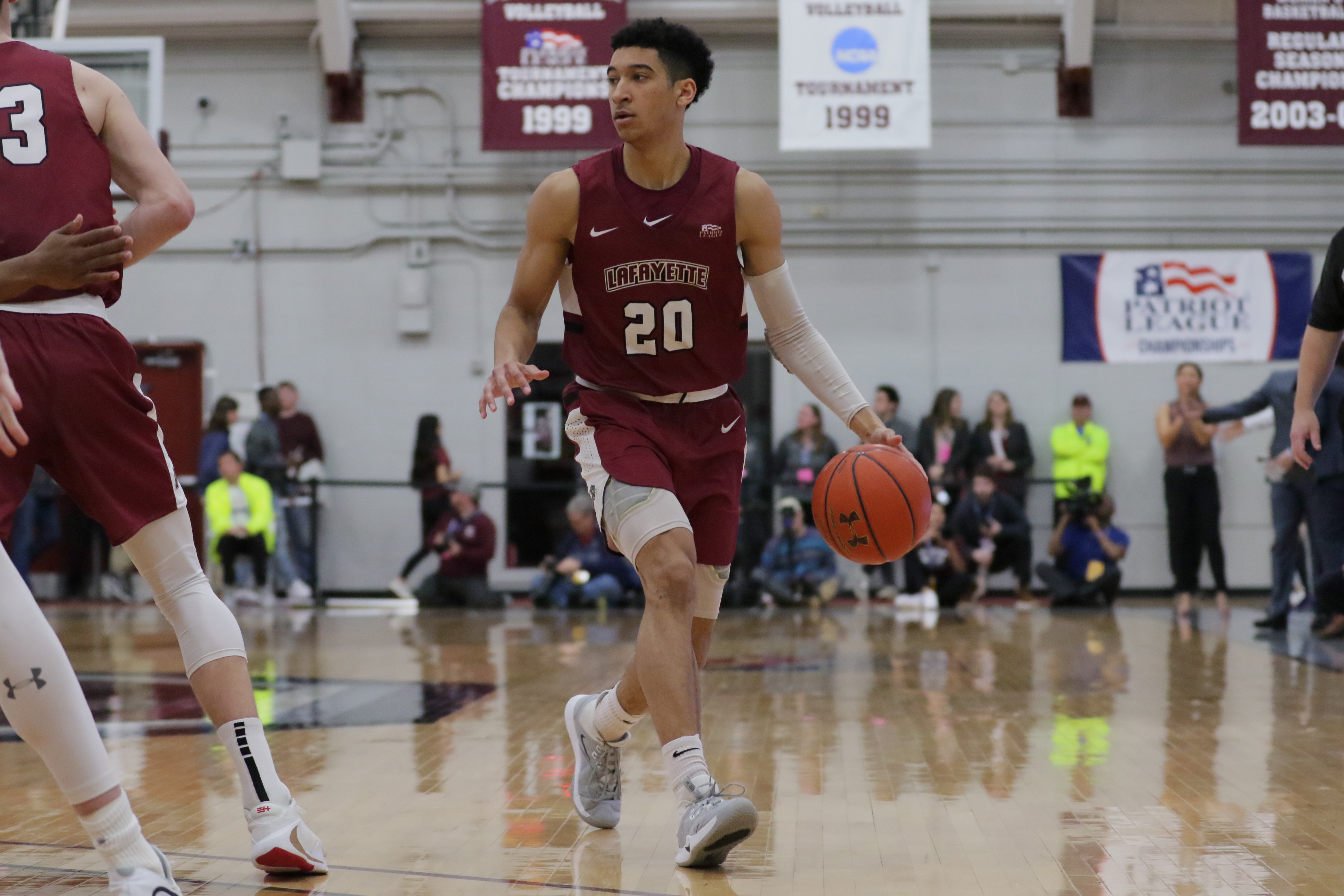 Men’s basketball made the Patriot League semifinals for the first time since their title run in 2015. (Photo courtesy of Athletic Communications)

The Lafayette men’s basketball team finished their season with a 89-64 loss to top-seeded Colgate in the semifinal round of the Patriot League tournament on Sunday.

The Leopards won their quarterfinal game over Army last Thursday to advance to the semifinals for the first time since the 2014-15 season.

In the loss to Colgate, freshman forward Neal Quinn recorded a career-high 22 points on efficient 9-11 shooting from the floor, while junior guard E.J. Stephens added 22 points of his own.

“We played our hearts out and gave it everything we had,” Stephens said. “It just wasn’t our night offensively, shots weren’t falling.”

Lafayette beat Colgate twice during conference play, handing them two of their four conference losses, but saw their most lopsided loss of the season come in their final game.

“It is hard to beat a team three times in one season” said senior captain and forward Lukas Jarrett.

The Leopards battled adversity this season with both of the team’s two top scorers from last season sidelined with significant injuries. In October, junior guard Alex Petrie was ruled out for the entire season with a medical condition, while fellow junior guard Justin Jaworski tore his ACL and meniscus in February.

“We have a next man up mentality,” Stephens said. “We got to where we were with the team we had and lost with that team…it would’ve been nice to have our brothers there with us but that’s not how it worked out. We’ve won games without them before, just couldn’t get this one done.

After the injuries, several players stepped up on the offensive end. Stephens averaged 16.2 points per game after Jaworski went down with the injury, while Quinn averaged 9.7 points per game and saw a significant uptick in minutes.

Freshman forward Leo O’Boyle also averaged 13 points per game and scored 20 or more points twice during the season’s final seven games after being unable to reach the threshold earlier in the season.

“Everybody is resilient,” Stephens said. “We’re all brothers and we all have each other’s back.”

Against Army in the quarterfinals, the Leopards avenged two regular season losses with a 73-68 win. O’Boyle notched a team-high 20 points on 6-8 shooting, while Stephens and Jarrett recorded 14 and 13 points, respectively.

The Leopards end their season with a 19-12 overall record with a 10-8 mark in Patriot League play.