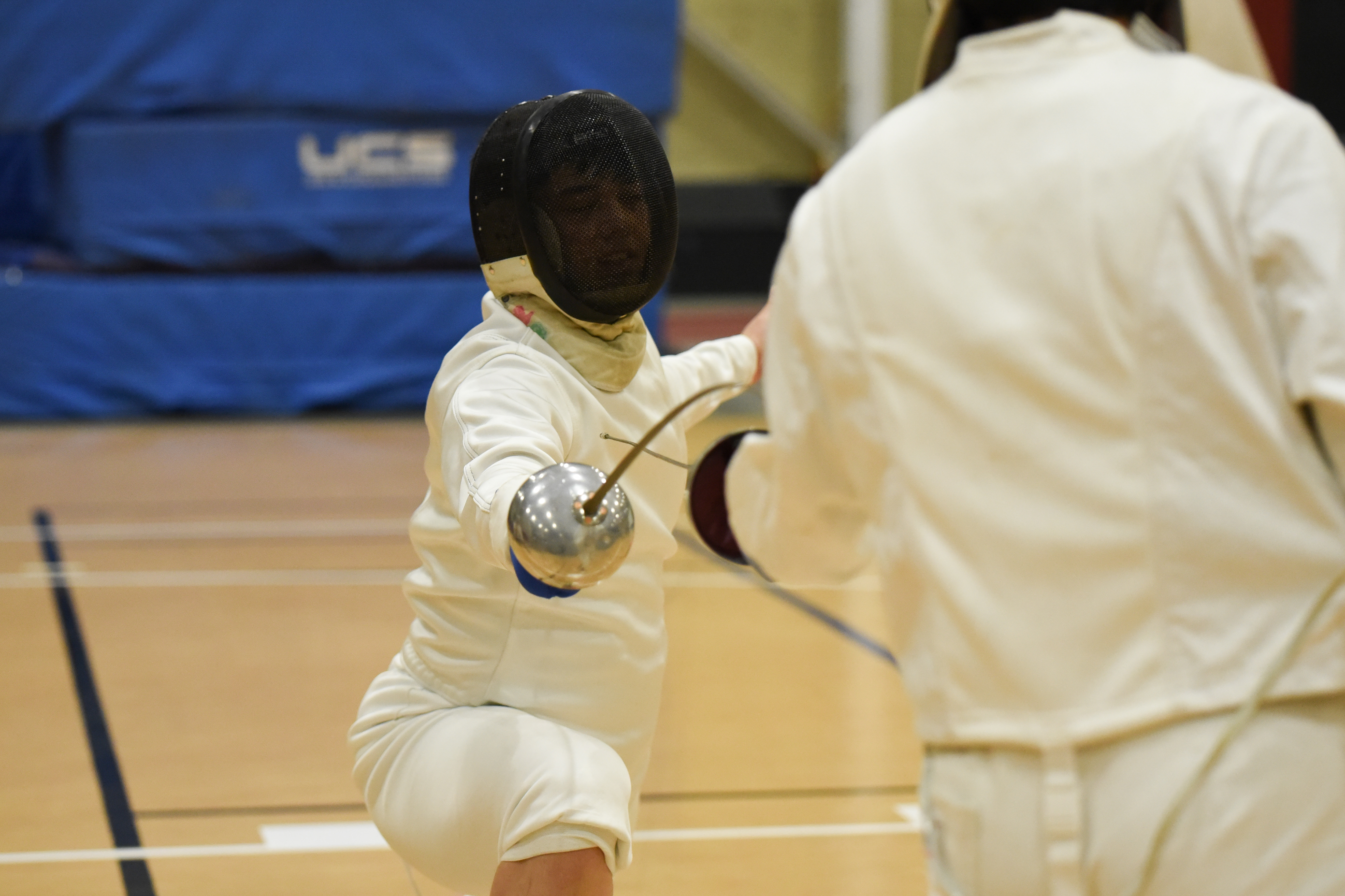 The Lafayette fencing team traveled to Duke University last Saturday as four members of the team qualified for the NCAA Mid-Atlantic/South regional tournament.

“I was very impressed with how everyone fenced,” Feigeles said. “Bora [Mutis] and Yiwen [Cui] had a couple ‘5-4s’ that didn’t go their way, but they had a lot of really nice fencing against some difficult teams.”

On Saturday, Feigeles won six head-to-head matches in women’s saber on her way to a hard-fought loss in the semifinal round. In the opening round, she won her matches 5-2, 5-1, and 5-1.

Feigeles credited the work the team has done in terms of lifting and conditioning as a key factor in her performance.

“I felt that I moved very well, and I was confident going in,” she said. “I was able to stay low and keep moving which is a testament to our training here. I could feel it in the later part of the day. Normally during that part, you start to stand up when you’re on guard because you’re tired, but we were able to stay down a lot longer and keep fighting.”

Feigeles kept up her momentum in the quarterfinals, defeating the eventual second place women’s saber winner from Temple 5-4, and winning another match 5-1.

Feigeles earned another 5-3 win in the semifinals before losing a closely contested match against the undefeated pool number four winner from Johns Hopkins in a 5-4 bout.

“It was such a cool atmosphere, getting to compete with huge schools and beat them,” Feigeles said. “We were all confident going in, and we knew we belonged. Being able to fence on that stage and compete at a high level was very eye-opening. It boosted the whole team’s confidence and shows the kind of program we have built here.”

Mutis, the foil squad captain, recorded a 5-4 victory against his opponent from Drew University and lost a pair of 5-4 bouts to opponents from Penn and Princeton in pool play as well.

“Regionals is a whole other monster since it’s the best 30 fencers in the region,” Mutis said. “In events like these, it’s important to stay warm throughout the day. What you do during the breaks, how you warm up, and how you manage your time are really the deciding factors.”

“I didn’t get to watch Bella [Moger] fence that much, but from what I saw, she was moving and fencing really well,” Feigeles said. “Everyone had a really strong showing.”

After starting the season off without a coach, it was up to the captains and senior members of the team to take on larger leadership roles. Regionals wrapped up the season for the fencing squad, as the focus turns towards preparations for next season, which will begin in the fall.

“MACFA champions and qualifying more people for regionals are the two main goals for next season,” Mutis said. “Now is the time to prepare for that.

“We can take some time off to relax, but having that mentality starting right now is key,” he added. “Having that goal in mind when going to practice, when going to lift, or watching film will keep us going. We’re all going to work for the same reason, and that’ll go a long way.”

Even if the season is over, this is a rotten team and a rotten coach…. love Lafayette, but they REALLY need to do something about the culture of this team and the coaching situation!