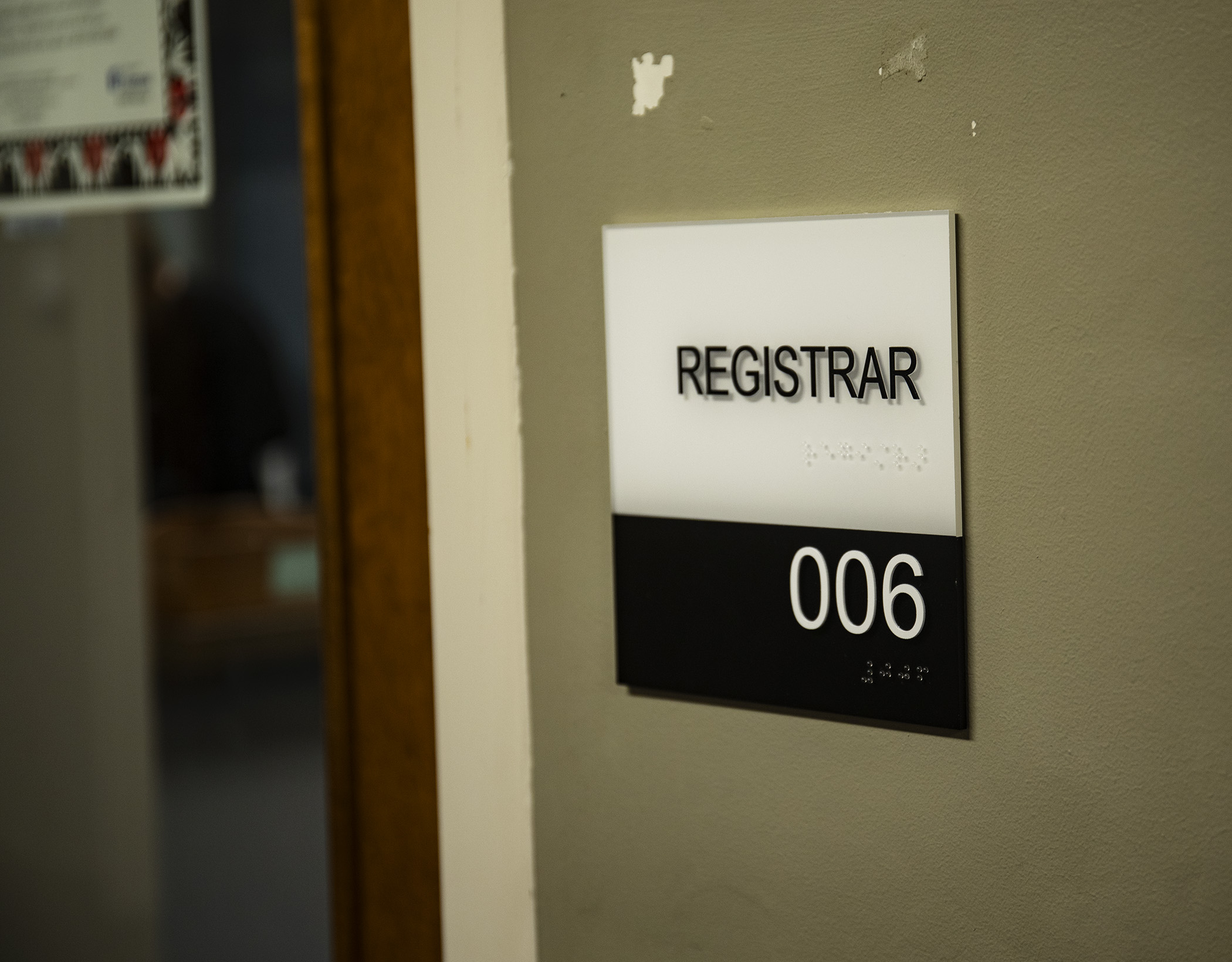 Dean Jamila Bookwala said there would be no more debate on the schedule unless ‘something really revolutionary happens.’ (Photo by Elle Cox ’21)

After months of research and deliberation starting in June 2019, the Lafayette campus-wide course scheduling committee has proposed a new schedule for the 2021 academic year. But the work may not be finished just yet.

Numerous members of the faculty expressed concerns over the new proposed schedule, which was discussed at length during an open meeting in a packed auditorium in Hugel on Monday afternoon.

“We have spent a lot of time collecting information, collecting reports, meeting with people on campus from different constituencies, we’ve had open meetings, we’ve conducted surveys, we’ve got input from [department] heads and chairs,”  said Jamila Bookwala, chair of the committee and Dean of the Faculty. “I’m not looking for sympathy, I’m trying to explain to you just how much work has gone into this.”

The new schedule looks a lot like the old schedule, but has the addition of 15-minute passing times between all classes, in part to help alleviate the travel time between the main campus and the arts campus down the hill. Bookwala called the 15-minute passing period a “necessity.”

“Through our survey, we learned that students actually say they would not take a class because they don’t have enough time to get up or down from the arts campus,” Bookwala added.

The new proposed schedule also maintains the common lunch hour, which the committee found was an important issue for the campus community, as it provides mutual meeting time for everyone as well as essential co-curricular programming.

“So when we were thinking of eliminating a common lunch hour on Monday, Wednesday, Friday, that was just not going anywhere,” she added.

Unsurprisingly, there were strong opinions against bumping up the start of the academic day to 7:45 a.m., which was a feature of several of the schedule options the committee released in November. Economics Department Head and professor James DeVault, who sits on the committee, said that the feedback was “overwhelmingly negative” for a 7:45 start.

When the meeting started, Bookwala said there would be no more debate on schedules unless “something really revolutionary happens.”

Enough dissent from the faculty, however, may send the committee back to the drawing board.

“I’m struggling to understand how this actually reduces conflicts among labs and studios with Monday, Wednesday, Friday programming, particularly with the addition of the optional 200-minute courses,” said Assistant Department Head and professor of psychology Jennifer Talarico.

Talarico pointed out that previous proposed schedules from the committee have built in more “flexible 75-minute blocks,” but that the new schedule would only exacerbate conflicts between longer lab studio blocks and normal length classes.

“The longer blocks with floating timeframes did seem to fundamentally reduce the possible overlap,” she said. “So that those lab and studio sections would only ever conflict with two other courses, rather than three, which seemed to be a significant advantage [to the prior proposed schedules].”

“I can see us being in this exact same situation maybe two years from now,” she added.

Registrar Kara Howe pointed out that with the ongoing expansion plan, the committee had to take into consideration “other concerns.”

“We have to be very judicious in how we will put classes across the day because we right now are okay, but as things grow we are not going to have the flexibility that we may have now,” Howe said.

“As much as we tried to figure out a schedule with those flexible blocks, which were really desirable to a lot of people for a lot of reasons, there was no way to do that and maintain a common lunch period all five days a week and keep the teaching day between 8-4,” said religious studies professor and committee member Brett Hendrickson. “We got pushback from faculty about starting before eight [a.m.] and we got intense pushback from a few academic programs and athletics about starting after four [p.m.].”

A key part of the new schedule also includes guidelines designed to promote equity between and within departments on campus. Thirty percent of courses in each department will be pushed to the margins of the teaching day (starting at eight a.m. or after two p.m.), but several faculty members worry that the schedule may actually be harmful to smaller departments.

“How does this not become a problem that math and [foreign languages] and psychology and economics solve, because we have enough faculty and courses within our department or program to meet across all of those times, when smaller departments and programs don’t have those same levers,” Talarico said.

Bookwala said that she doesn’t see the committee coming up with an entirely new schedule, but that they may take schedule ‘A’ from the prior meetings and put that with the new proposal on the floor of the faculty for a vote in April.

The new schedule could be rejected by the faculty, but the equity guidelines will be implemented regardless of the vote, Bookwala said.

If there are no further changes to the committee’s proposal, the new schedule would go into effect for the 2021 academic year.