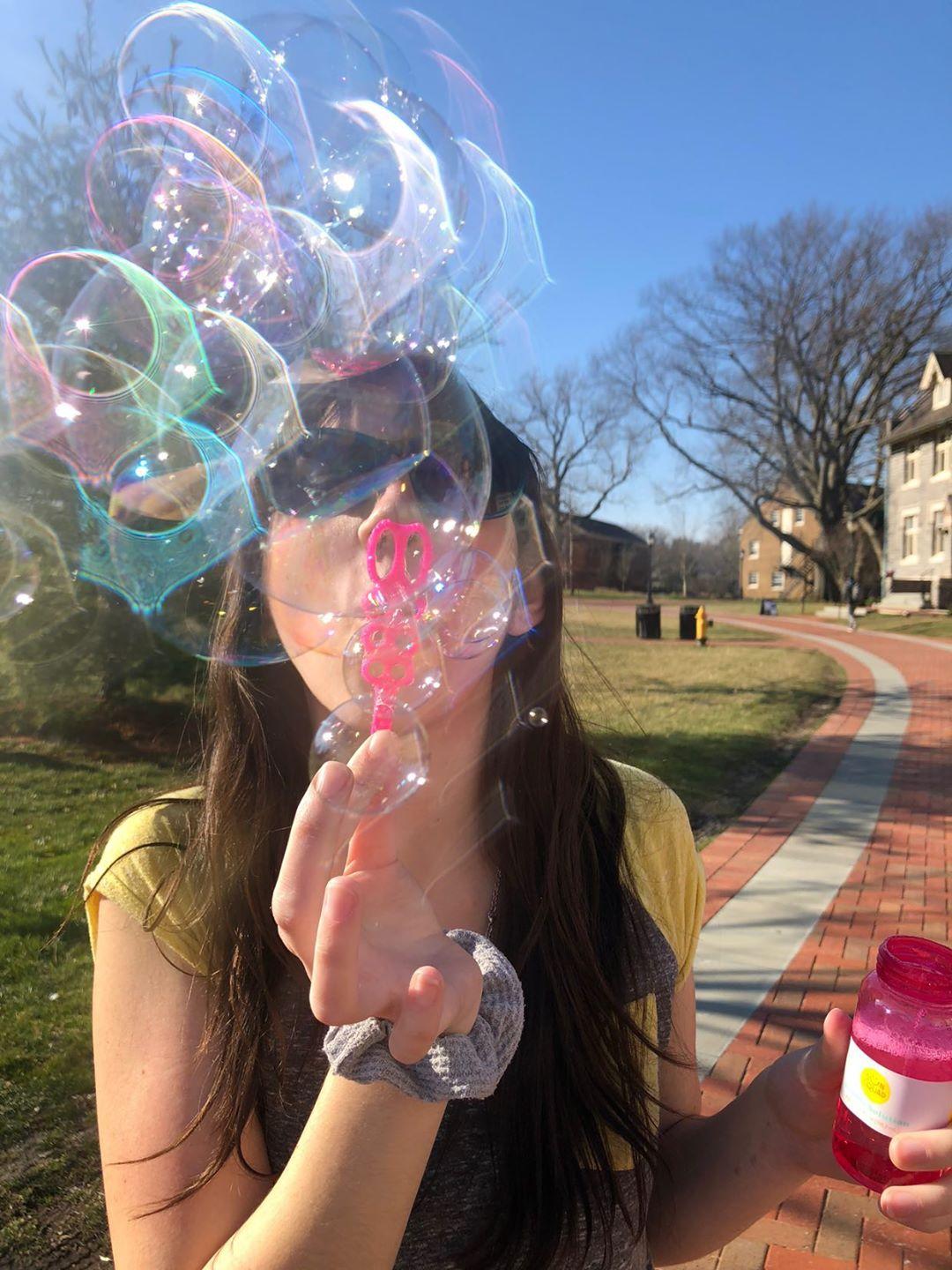 In honor of International Day of Happiness, the Lafayette Happiness Project hosted a series of events to spread joy and positivity across campus this past week.

The goal of the newly-formed Lafayette Happiness Project, according to president of the club Taylor Stone ‘22, is to “[spread] random acts of kindness, [get] students to come together, and spread that throughout a campus where [things] can be very stressful.” It’s all about “trying to find little ways to help put a smile on someone’s face.”

In the past, the group often worked through random acts of kindness and other smaller events, such as placing post-it notes with inspirational messages around campus, coordinating therapy dog visits, cookie decorating, hosting mental health discussions, and various other programs and events.

This past week, the group held a series of events in honor of the International Day of Happiness, which will take place over on Friday, March 20.

On Monday, the club hosted cookie decorating on the quad, complete with bubbles and music. The next day, the Lafayette Happiness Project collaborated with HerCampus to put on a yoga event.

The next program, a talk entitled “The Psychology of Happiness,” was held on Wednesday, March 11. Attendees watched a video of a presentation given by Yale professor Laurie Santos, in which Santos shared what she deems to be the top ten insights from the class she created and teaches at Yale: “Psychology and the Good Life,” the most popular class in the university’s history.

In the video, Santos discussed various misconceptions about what makes people happy, the effect of everyday activities, such as sleep and exercise, on a person’s mood, and, among many other valuable insights, the idea that people can control a lot more of their happiness than they think.

The week’s events wrapped up on Thursday with therapy dogs brought to campus, which is the club’s most popular program according to Stone.

Stone and Presley Anderson ‘22, club secretary, are two of the founding members of the organization. They explained that they formed the club because they wanted to offer students outlets for their stress at all times of the academic year.

“The school [holds] a lot of events [for students] to de-stress, especially during midterms and finals,” Anderson said. “We wanted to continue that, but throughout the rest of the semester…that’s how it turned into us wanting to do random acts of kindness throughout the year.”

Stone added that students are often rushing from one activity or responsibility to the next, and that “a lot of people don’t take that five or ten minutes for themselves, and even just putting up post-it notes…can bring a smile to their face and get their mind off of what they’re working on.”

Stone and Anderson said they want “to get people more involved and excited about the future of the club,” especially the activities that occur on a more regular basis, such as the post-it notes and bringing bubbles out to the quad on warm days.

“We’ve had recent members who’ve joined for the specific reason that [they] saw a post-it note and really liked the idea of what [the Lafayette Happiness Project] is doing,” Anderson said. She added that she is hopeful that this trend will continue.