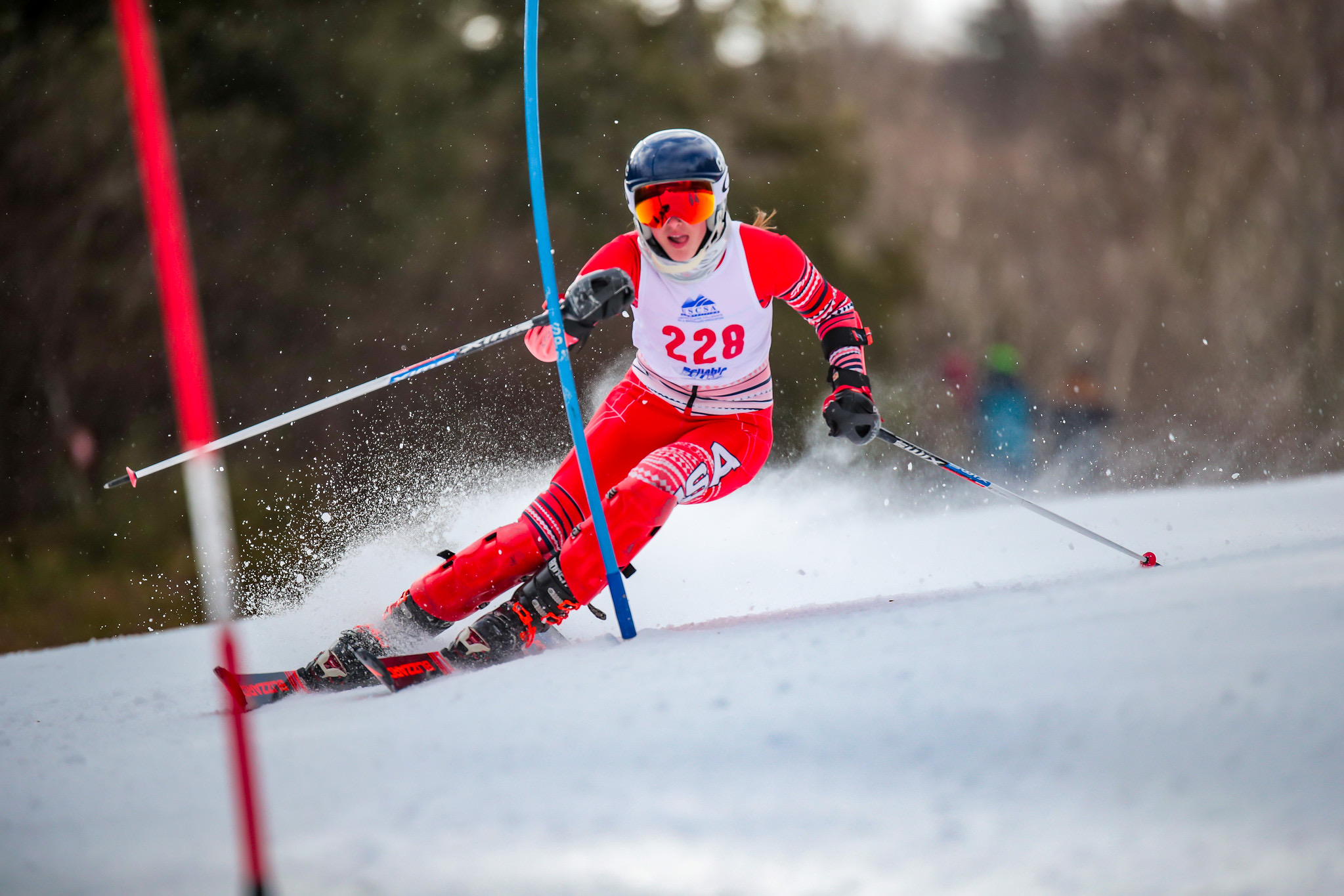 The women’s club alpine ski team is heading to nationals after a first place finish at regionals in Blue Mountain, Pa., on February 28-29.

“As a team we won overall, and we’d never won regionals before so that was a really big deal,” Gillis said.

The ski club, which consists of both men and women, competed in several different events, with different teams doing alpine ski racing, snowboard racing, and freestyle competitions in snowboarding and skiing.

Regionals are two days, with the first day consisting of giant slalom and snowboard giant slalom while the second day includes the slalom and men’s and women’s freestyle events. In the giant slalom event, the gates are wider and set farther apart, and the course is longer than in the slalom. The placement at regionals then determines whether or not you qualify for nationals.

On Friday at regionals, Gillis and sophomore Caroline Burns placed first and second in the women’s alpine giant slalom with times of 2:07.89 and 2:16.23, respectively. Gillis came back on Saturday and earned another first place finish in the alpine slalom, while Burns was close behind in third place with junior Abby Sandman following in seventh place.

On the men’s side, Cehelsky is also heading to nationals after coming in first in the freestyle at regionals.

“It was cool coming in first,” Cehelsky said. “Going to nationals will be a lot more competition.”

Chelsky, who also won the freestyle regionals last year, added that he is thrilled to be a part of the ski team.

“I love to ski. Even if the team didn’t exist I’d still be doing everything I can to ski,” he said. “The school is very supportive financially of everyone, which is awesome.”

Gillis emphasized the importance of having a tight-knit team with a physically and mentally demanding sport such as skiing.

“People don’t realize how mentally challenging it is,” Gillis said. “It’s really scary being a ski racer, because you go really fast and can get really hurt.”

“People don’t really understand how much stress and pressure is placed on you, and that’s why I really like the team here because it’s just about being with everyone and having fun,” she added.

The women’s alpine team has a regular season, which is five or six races, and how the team places overall in those weekends determines qualification for regionals.

“We’re like a little family,” said Fiona Smith, who usually does women’s alpine, but was out for the season due to a torn ACL on a ski trip. “The season is short but very condensed, so it’s a group of people you feel like you don’t see a lot of the year, and then all of a sudden you see them for six weeks so you get super close with people.”

“It’s just a really good atmosphere, especially for me because I grew up in a high intensity ski program, and I didn’t really want that,” Gillis added. “It’s a great dynamic and a lot of fun. I highly encourage joining the team.”

The team is a part of the Atlantic Highlands division, and started competing in places like the Catskills mountains in New York, and the Poconos in Pennsylvania, over the holiday break.

“I’m from Vermont, where skiing is a big deal,” Smith said. “I always grew up knowing a lot of people who did it and was curious about it when I was younger, and in high school I picked it back up. I was excited to learn that there was an opportunity to ski race at Lafayette. I joined as a freshman and really loved it so I stuck with it.”

The women’s alpine team won six of their 10 races during the regular season, which started on Jan. 11, and consists of a mix of novice and veteran skiers.

“Even though we’re really good, we take all skill levels,” Smith said. “There are a bunch of people on the team who had never ski raced before.”

Smith added that the team is focused primarily on enjoying their time on the slopes.

“People should join even if they’re not really good because it’s a really fun community,” she said. “And at the end of the day, people join because they love to ski or snowboard, and that’s our main mission.”

The women’s alpine team said missing the upcoming week of class may limit their ability to compete in nationals, although Cehelsky plans to go. Nationals will take place throughout next week in Lake Placid, N.Y., at Whiteface Mountain.