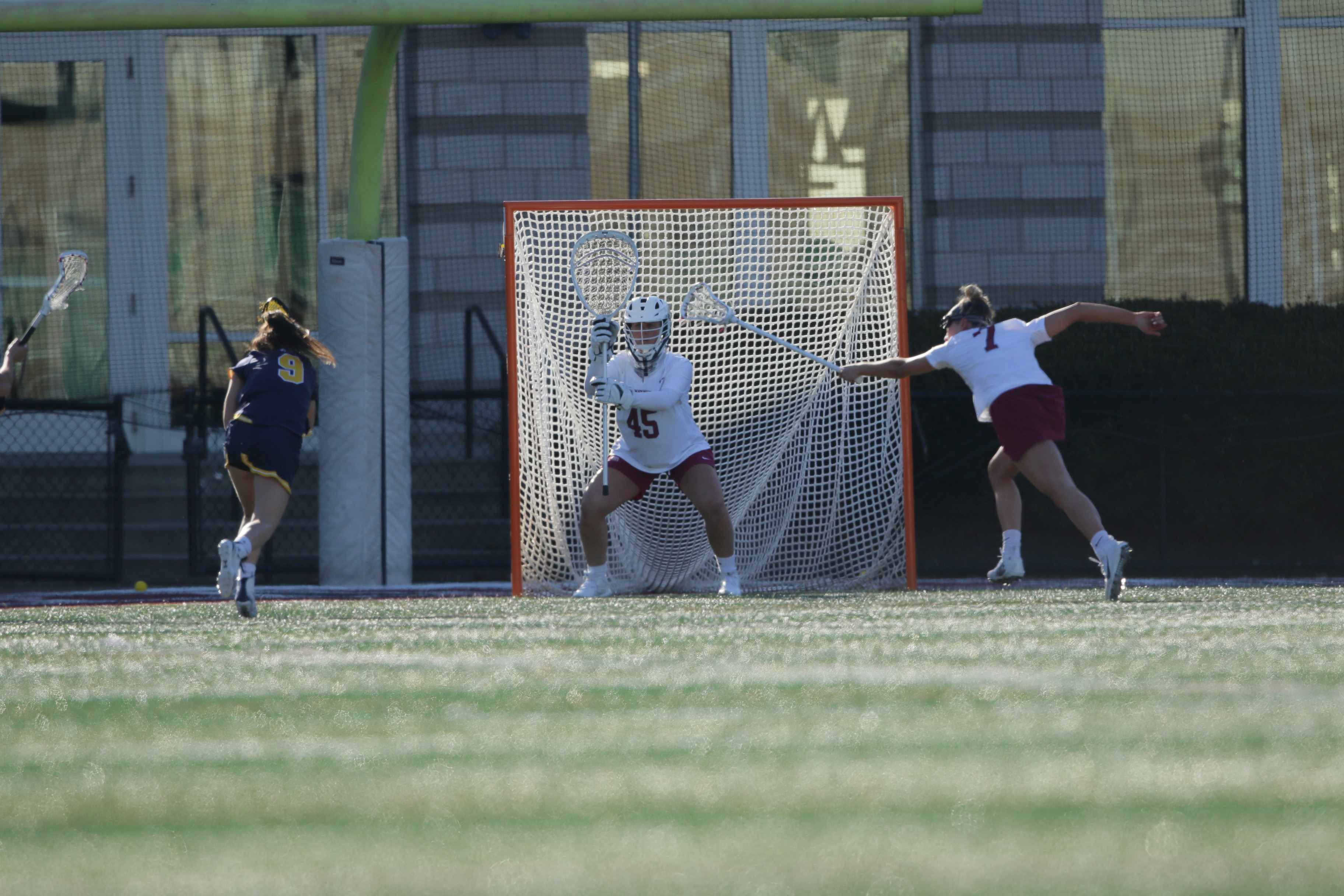 The Lafayette women’s lacrosse team won a pair of non-conference games last week to improve their record to 4-1, the best start for the program since the 2013 season.

The Leopards beat Iona 7-5 last Saturday behind five points from sophomore attacker Olivia Cunningham, and then outlasted Manhattan 10-9 in three overtimes on Wednesday.

Against Manhattan, Cunningham and junior attacker Anna Stein led the offensive charge with four goals apiece. The two teams traded scores throughout the first half with the Jaspers taking a 6-5 advantage into halftime.

The second half remained a back and forth affair, as neither team held more than a two-goal advantage during the game. Cunningham scored her fourth goal with 13 minutes remaining to give Lafayette a 9-8 advantage, a lead that would hold until the final minute of the game when Manhattan tied the game with just 11 seconds remaining.

Stein found the back of the net for the game-winner in the third three-minute overtime period. Cunningham leads Lafayette in goals (13) and points (20), while Stein is second in goals (10). First year head coach Katie McConnell earned her first victory against Manhattan since her head coaching stint there from 2016-19.

“We were all over the place but at halftime we got it together and focused on what we could do better,” Stein said. “If this was our team last year we wouldn’t have been able to overcome the deficit.”

Coming out of the half, the Leopards got on the board quickly with goals from Stein and senior midfielder Bella Alampi in the first six minutes of the second half. The two quick goals gave the Leopards a 5-4 lead, before Cunningham and McLachlan each recorded goals later in the half to push the lead to 7-4.

A late goal by Iona was too little, too late in a 7-5 Lafayette win.

“I think it took us a while to get into things, but once we did we had a lot of good ball movement,” McLachlan said. “I think we were able to work well together which sparked a lot of things and we converted on a lot of our man-up opportunities and our 8-meters. A lot of our offensive energy came from our defensive stops. [Quinn Lacy] our goalie played really well.”

The Leopards were outshot by Iona 25-19, but junior goalkeeper Quinn Lacy registered 13 saves in the win and has yet to give up double-digit goals this year. Lacy was also named the Patriot League Goalkeeper of the Week on Monday for her efforts.

McLachlan is tied for third on the team in goals with six, and tied for the team lead in assists with seven. She was named the Patriot League Rookie of the Week two weeks ago, her first conference award.

“There’s some pressure that comes with playing as a freshman but I’m trying to focus on getting better each game and building a relationship with my teammates,” McLachlan said. “It’s been really good so far, everyone works well together, and I feel like I fit in really nicely.”