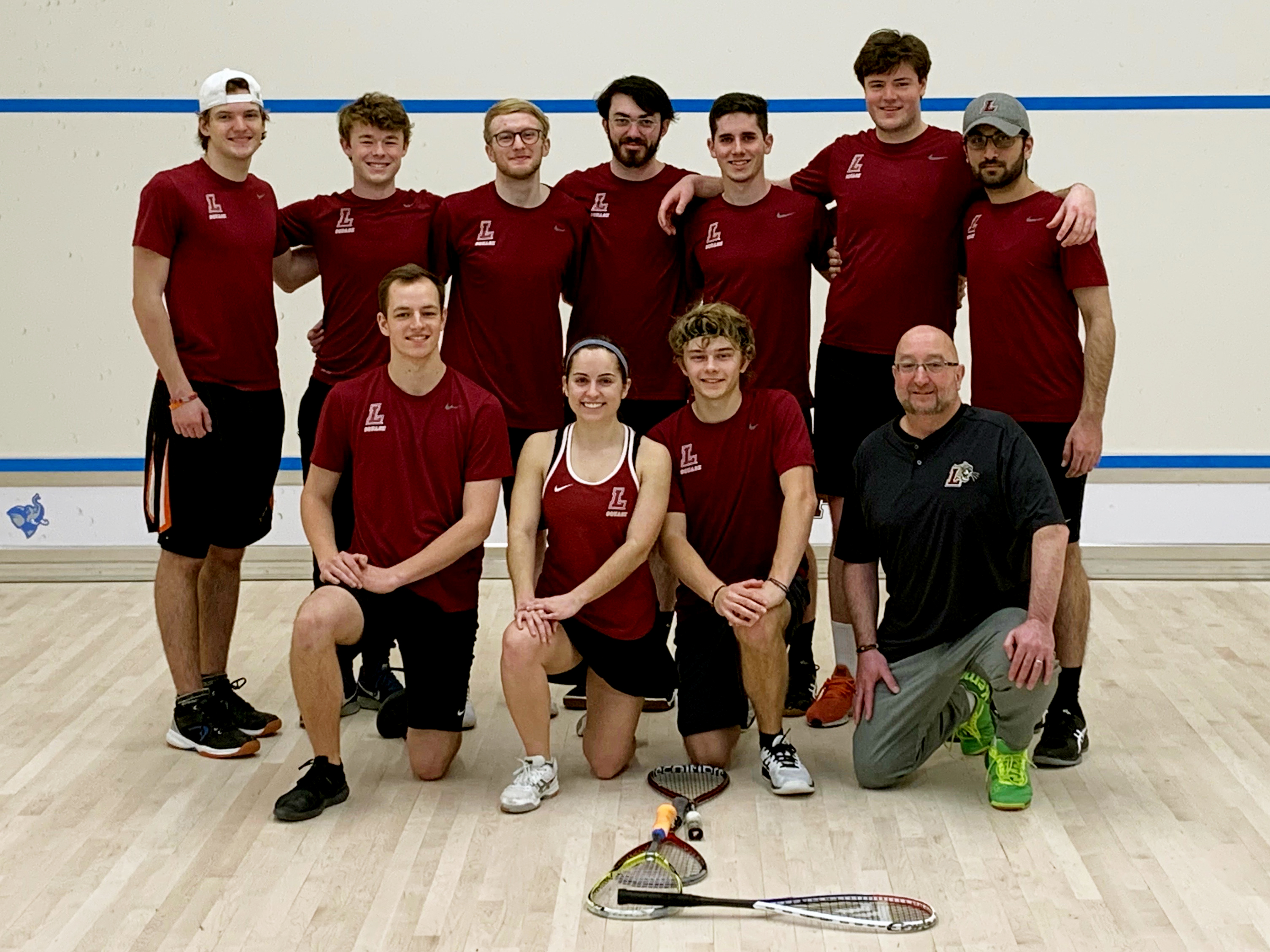 The Leopards were ranked ninth out of nine teams in their division, and earned two upsets over Swarthmore and Notre Dame before losing to Lehigh in the semifinal round.

Lafayette beat eighth-seeded Swarthmore in the first round by a close 5-4 score, after splitting a pair of close matchups with the Phoenixes during the regular season.

“We came into the weekend really excited to play having our full, strongest ladder that we’ve probably had all season,” senior president Paige Beede said. “[It] definitely gave us a lot of confidence.”

But the Leopards’ lineup was not complete without junior Inaki Minondo, who is studying abroad in Budapest this semester but flew back to Boston just so he could compete at nationals.

“[Inaki’s] our number two guy,” sophomore captain Jack Burton said. “It’s ridiculous what he did…he managed to not have any classes on Friday so he flew into the US on Thursday night, stayed with a friend at Northeastern and then came and played in nationals and then flew out on Sunday.”

Minondo’s efforts to play in nationals ended up helping the entire team, as everyone else got a slightly easier matchup with him slotted in as the number two.

“We went into it pretty confident, especially with having Inaki back,” Burton said. “We were kind of expecting to win, knowing that we could win. I was pretty happy that we were actually able to pull it out.”

In the quarterfinal round, Lafayette took on top-ranked Notre Dame and clinched another 5-4 victory. The top three Leopards all lost their matches but the bottom of the lineup picked up the slack. Donati, Schneider, Beede and freshman Peter Grimmett all won, while sophomore Arslan Asad earned a victory by default at number nine.

“It’s super fun that the bottom of the ladder can pull through even though they’re not always the best players,” Beede said.

“It was a good surprise too because we didn’t expect to win,” head coach Eric Boyer added. “We did well at the right time.”

The Leopards ran into a talented Lehigh team in the semifinal round, as their Cinderella run came to a close in a 9-0 defeat.

“Their team is pretty dense, more than ours,” Boyer said. “So that’s tough.”

“They’re the better team, and so it makes sense that they moved on to the championship, they deserved it,” Beede added.

Beede said that Burton’s match against Lehigh’s number one player was named the “match of the division” after it took five games to find a winner. The contest took nearly a full hour to complete.

“It was fun because [Burton] played first, but seven other matches played and finished before his ended because the [game] was so long,” Beede added. “Both teams were watching, and it was pretty fun.”

The Leopards were defeated by Duke in the consolation game 7-2, ending their season with a fourth place finish. Burton won 3-0 at number one and Asad picked up the other Lafayette victory at number nine.

Just a few days after nationals, the players are already back in the squash courts getting practice. Boyer said the team will likely try and play Swarthmore and Lehigh in exhibitions sometime this spring.

“We have new players, very committed…they love the game,” Boyer added. “And now it’s time to learn and prepare for September. We’ll keep on practicing and learning and getting ready for next season.”