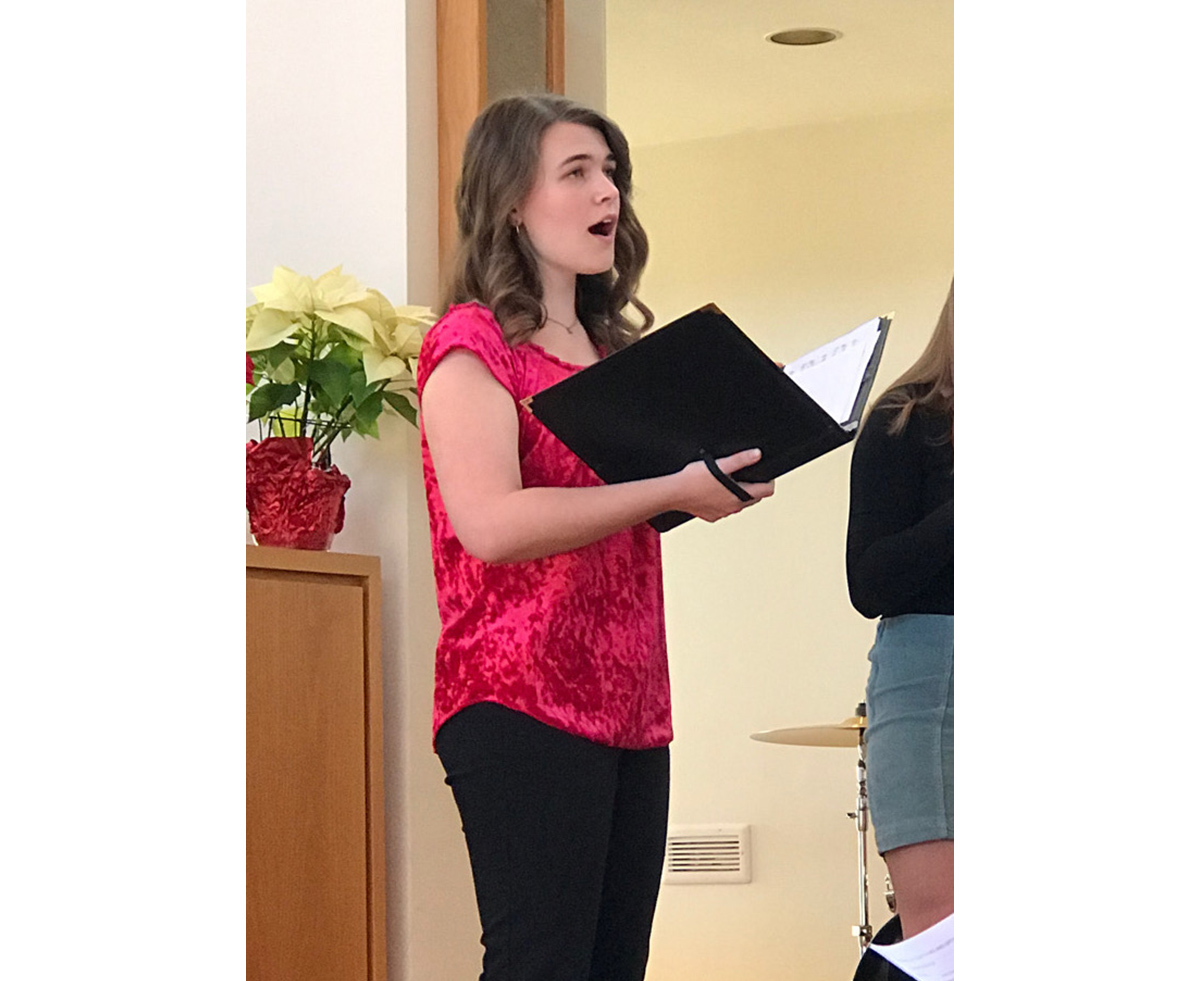 For Emily Emick ’20, music is a way to express herself. And the lessons she has learned through her experiences singing and conducting at the college have not only expressed her genuine love for classical music – they have given her an opportunity to find her place as a leader.

A classically trained soprano, Emick is now a music and economics double major at the college. Her music major allows her to build on her lifelong love of music, embracing new experiences as a singer and conductor.

Since starting at Lafayette, Emick has supplemented her music major with the Creative and Performing Arts Scholarship (CaPA) Program and the EXCEL Scholars program, where she assists Music Professor Anthony Cummings’ research efforts in the field of music history. She is also a member of Concert Choir and Chamber Singers.

“Chamber singers…is I think one of the most rewarding things I’ve done,” Emick said.

It was through her involvement with Chamber Singers that she discovered an interest in conducting.

“I have thoughts about how things should be done, and I was interested in exploring that, so I started taking conducting lessons my junior year,” Emick explained.

Emick credits music professor Jennifer Kelly with teaching her not only the technical skills of conducting, but also lessons of greater importance such as finding her place and voice as a young woman in a position of authority.

“How do you run an ensemble, how do you choose music, how do you command respect… as a smaller, younger woman?” Emick posed.

While she is appreciative of the musical skills she acquired as a conductor, Emick said that she is even more grateful for those leadership lessons. She explained that it was difficult to assume such an authoritative position over her peers, but that it was definitely worth the hard work and commitment.

Emick described her first ever conducting experience as both personal and surreal.

“That feeling of turning around and seeing the audience…was just wild,” Emick said. “I had also just put so much of myself into that experience.”

Last summer, Emick went to Portugal on tour with fellow choir members and had the opportunity to conduct a piece while abroad.

Emick’s current conducting project involves a piece by Susan LaBarr. Her selection of a female composer reflects the emphasis Emick places on feminism through musical composition, as there are not many well-known female composers in classical music.

Conducting, singing and studying music are all sources of female empowerment for Emick.

Emick’s senior recital and capstone will take place tomorrow, March 7 at 3 p.m. in Colton Chapel. The program will feature a variety of composers hailing from different musical eras including Broncini, Strozzi, Mozart, Fauré, Falla, Copland, and Weill. The program is split into five sets based on the style of music the composers represent.

Her inclusion of the piece by Strozzi in her recital is particularly deliberate, as Emick said she considers her to be the most important female composer in musical history.

The chronological order of the sets is also important to Emick due to her passion for music history. She also places a lot of emphasis on the context and translations of certain pieces, reflecting an interest in the social-cultural influences on their composition.

After graduation, Emick plans to attend graduate school and focus on economics. Thus, she views her recital as a culmination of all she has done with music.

“One nice thing about being a singer is that I get to carry my instrument from place to place…I know I’m going to keep singing in choirs, I know I’m going to try to keep doing some solo singing,” Emick said. “But I’m not going to have this sort of opportunity after I leave…this is the chance I get to do a program like this, so in that sense, it really is what everything has led to.”

Emick said she plans to continue fostering her love for music and embracing it as an outlet to express her emotions and be truly vulnerable.