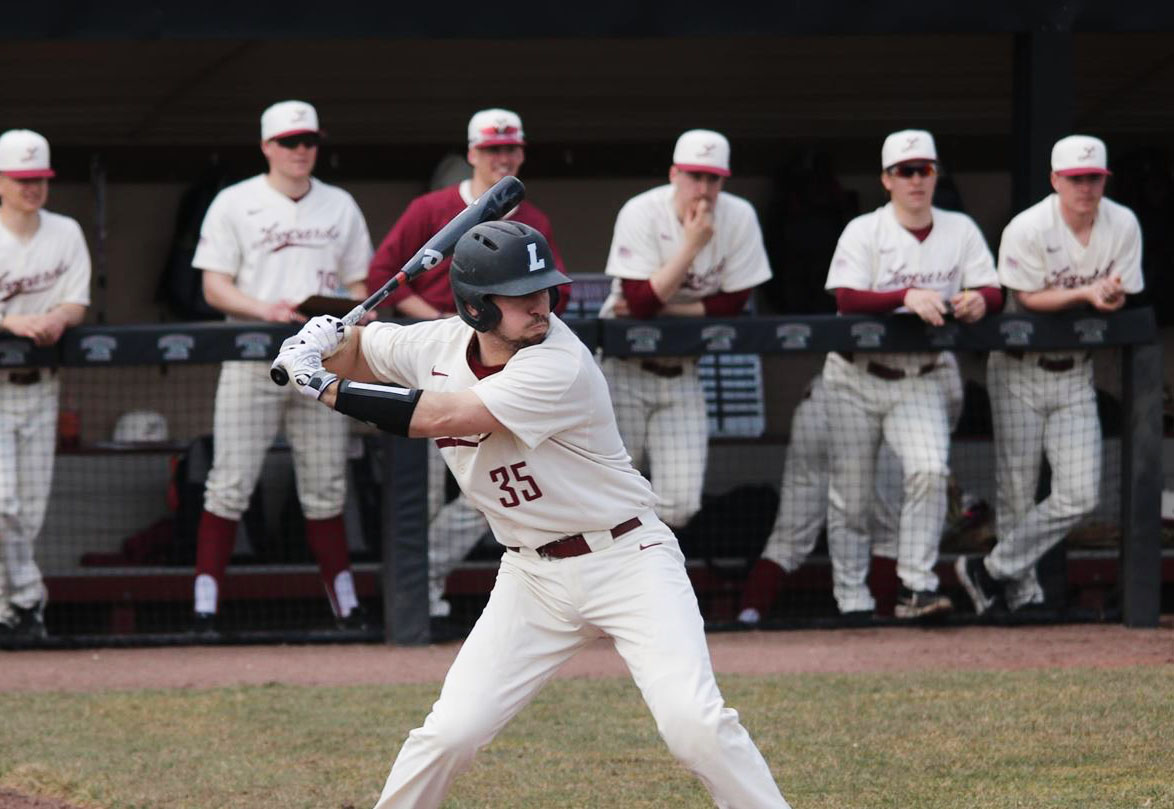 With two swings of his bat in two consecutive innings, sophomore catcher Dylan Minghini drove in five runs on a double and a home run in baseball’s season opener. The comeback would fall short, but Minghini is just getting started.

With three more hits and another home run in the series finale, Minghini put together a winning resume for his first Patriot League Player of the Week honor. He said he found out about the award “like everyone else,” in the Patriot League newsletter.

“It’s good to see results,” Minghini said. “Obviously it’s not everything, but it’s cool to see some of the effort being put in be rewarded.”

“I think most of it’s the mental aspect of it,” Minghini said. “Last year I was a freshman trying to prove myself too much and being antsy. [This season I’m] more comfortable and knowing I’ll have opportunities at the plate.”

Minghini said he’s seeing the ball well during his hot streak. After practicing in an indoor facility during the pre-season, he came out of the gate strong with seven hits in his first three games.

“It’s definitely exciting,” he said. “It’s a lot of hours and stuff, especially in Pennsylvania where we’re inside for the preseason [and] itching to be back on the field and putting all the work we’ve been doing into fruition.”

Head coach Joe Kinney said he’s happy for Minghini, who is the top catcher for the team and still plays at designated hitter on his days off from catching.

“He was our number one catcher as a freshman, he earned that early on,” Kinney said. “He’s been solid in his receiving, he threw a guy out at second this weekend. He’s done a great job blocking as well. He’s taken his abilities and really grown as he’s gained a lot more experience.”

Minghini said there were adjustments to make when he first started at Lafayette with the higher level of competition, but the early opportunity was “really awesome.”

“It’s nerve wracking,” he said. “Just the idea of the next step, a pretty big step, what most kids dream of. Realizing it’s a huge step is pretty cool.”

It was in his “diaper league days” that Minghini began to play baseball, which he estimates was when he was three or four. At age 10, he settled into the catcher role.

“It’s definitely more involved, which is why I like it,” Minghini said. “Being able to interact with the pitchers and what they’re good at and being involved every single play.”

He continued on to play for his high school team at Gordon Lee Memorial in Chickamauga, Ga. His team made the state playoffs each of the four years he was there, and broke through to win the state championship in his senior year.

“It was definitely awesome,” Minghini said. “Knowing it’s my senior year and getting that goal I’ve been trying for four years and got close multiple times.”

Minghini extended his streak of reaching the playoffs with the Leopards last season, although the team fell to top-ranked Navy.

“[The conference playoffs are] definitely competitive,” he said. “It’s what you’ve been playing for all year. It’s a great atmosphere. Everyone wants to win.”

After being swept by High Point in their first series of the season, the Leopards came back to win the following series against Virginia Military Institute, two games to one. Minghini said they just “flushed it out of [their] system” to move on and earn wins the next weekend.

With a few key seniors on the team and Kinney’s last season before retirement, Minghini said the team is looking to put together a great season, not as a farewell tour for anyone, but because it’s what they can do.

“There’s definitely expectations,” he said. “Not per se for the seniors or coach, but everyone’s confident on the team and knows we can have a good season and striving to capitalize on the potential we know we have.”