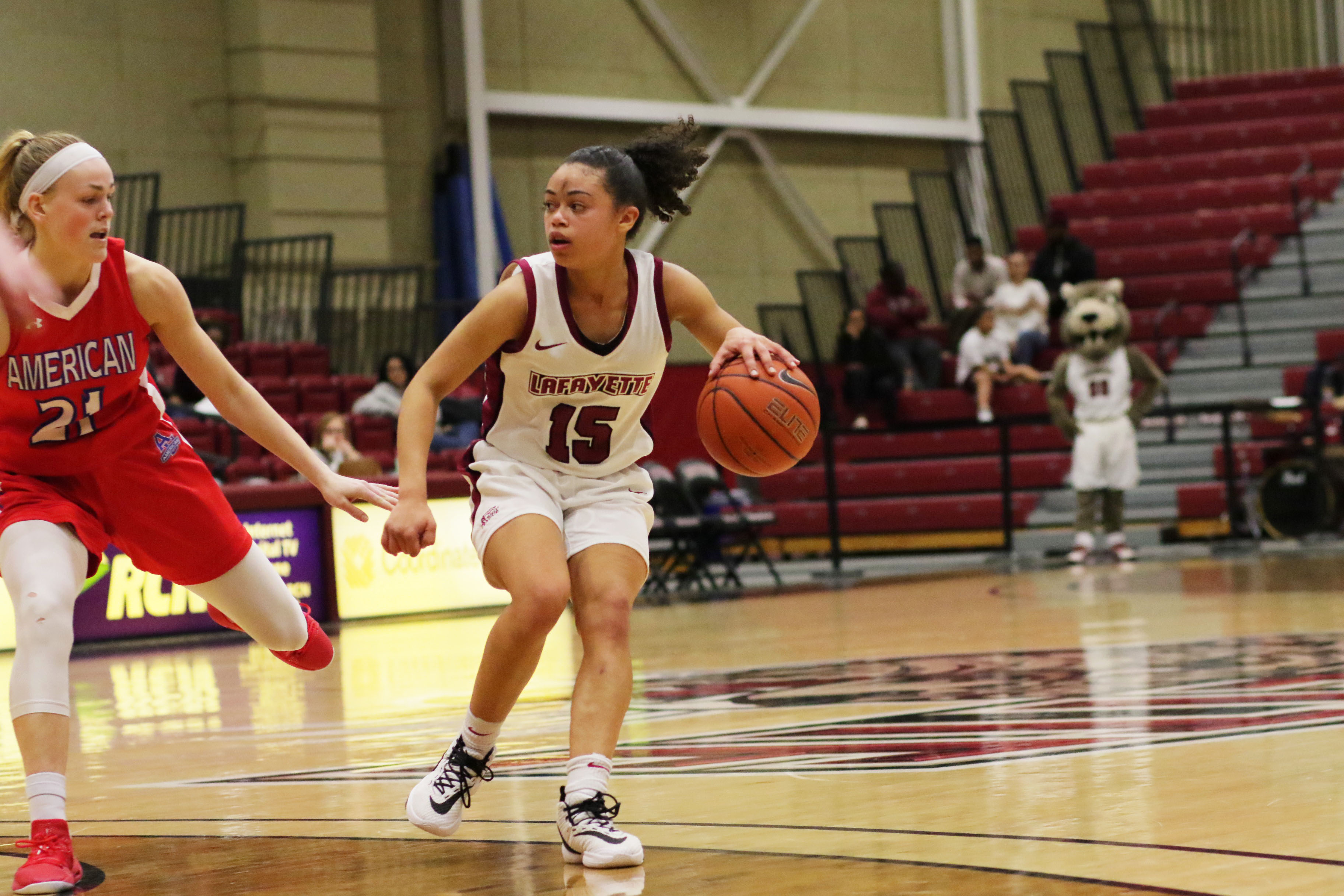 The Lafayette women’s basketball team defeated Loyola (Maryland), 76-65 and American, 55-48 last week, earning their ninth and 10th conference wins, the most since the ’92-’93 season.

With the victory, the Leopards sweep the season series from the Greyhounds and the Eagles, and improve their Patriot League record to 10-6, good for fourth place in the conference.

“From the beginning of conference play, we knew what we were capable of,” said sophomore guard Nicole Johnson. “And we have proven ourselves throughout the season. So, we put in the extra work and we trust that work that we put in.”

Junior forward Natalie Kucowski and senior forward Alexis Santarelli led the offensive effort against Loyola, with both totaling 21 points on efficient shooting from the field. The 76 points were the second-highest scoring output the team has had this season. Santarelli’s 21 points tied her career-high and is also a season-high for the team’s seniors.

“When we are confident on offense and locked in on defense we are at our best,” Johnson said. “I think we have some of the most solid interior post presences in the Patriot League.”

In the game against American, Johnson led the way with 16 points and three other Leopards scored in double figures. Kucowski put up 13, along with 16 rebounds to earn her 17th double-double of the season.

“We’ve proven that with sharp practices and staying consistent, that we perform better,” Johnson said. “Regarding our mentality, we just have to keep that consistent too.”

Sophomore forward Naomi Ganpo contributed 10 points and six rebounds off the bench, as well as a pair of blocks and steals. She shot 4-5 from the field and sank both her free throws.

“We also have a bunch of players that can step up and make shots, both starters and players that come off the bench,” Johnson said. “Defensively is where we pick up our slack as we hold most teams below their scoring averages.”

Lafayette has just two regular season games remaining before the Patriot League tournament begins in March, with first round matchups between the bottom four seeds scheduled for next Saturday.

“I think it’s taking [it] one game at a time and each game matters,” Johnson added. “We also can’t think too much about the actual standings, because thoughts like that are probably going to be detrimental to how we play.”

The Leopards sit in fourth place in the Patriot League standings but find themselves just one game back of second place. In order to earn a first-round bye, Lafayette needs to remain one of the top six teams in the conference.

“I think right now, the goal is just to win the remaining games in the regular season,” Freeland said. “That is going to be big for us heading into the actual tournament and succeeding.”

Next up for the Leopards is a trip to Annapolis, Md., tomorrow for a conference game against Navy at 7 p.m.