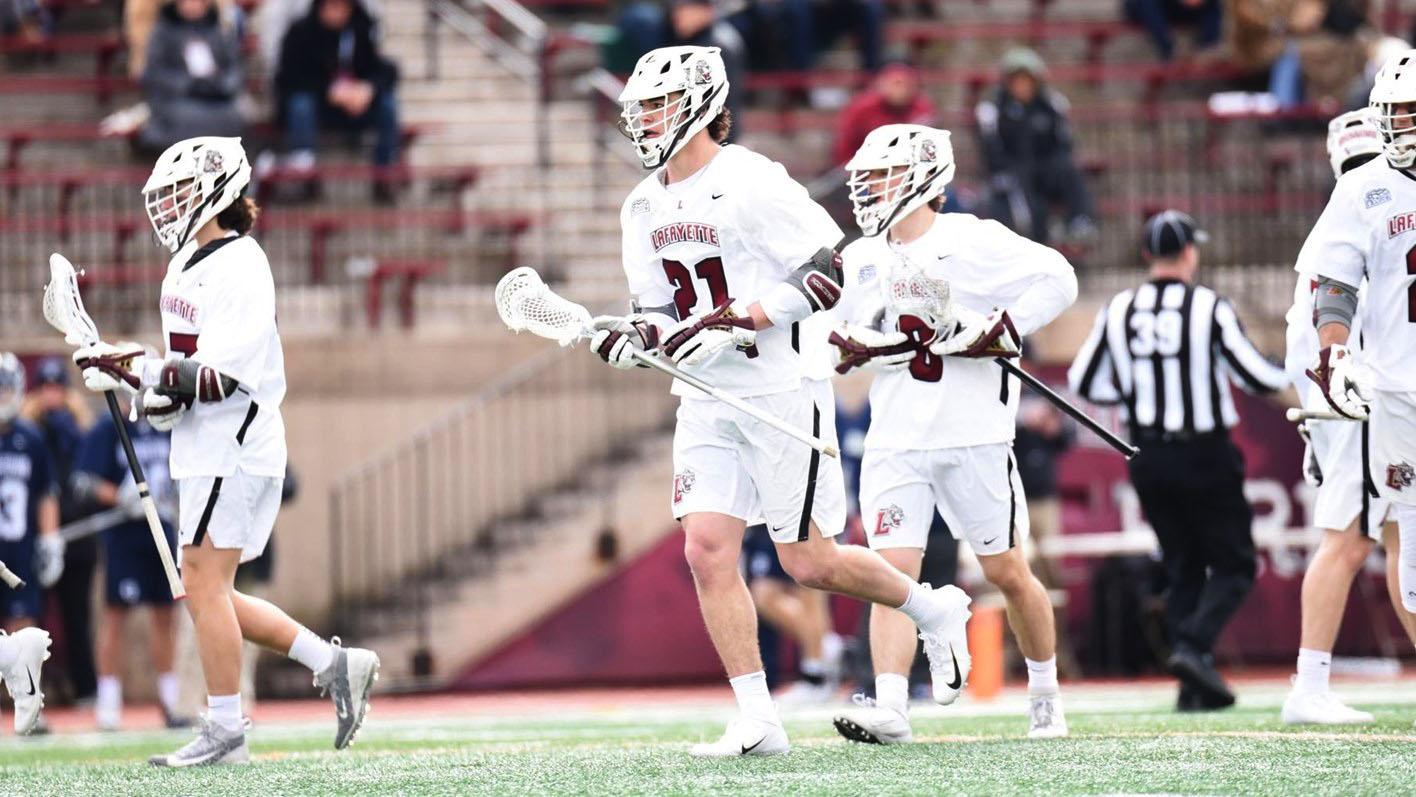 The game was tied four times, four Leopards had multi-goal games, and it took three overtimes, but men’s lacrosse came up short against Binghamton, losing 11-10.

The loss came after dropping three games to some of the nation’s top teams, but the Leopards fought back from a 4-0 Bearcats lead to force a close finish. Despite the surging comeback the Leopards made to contend in the game, they never led.

“We struggled to get into our offense at times, and we were a little flustered,” freshman attacker Evan Lotz said. “That’s what we’ve been attacking at practice throughout this week, just making sure we’re running our offense because that’s when we’re at our best.”

Binghamton scored the first four goals in the game, before Lafayette gradually narrowed the deficit to 5-3 going into halftime. The Leopards outscored the Bearcats 4-2 in the third quarter to tie the game at seven heading into the fourth.

Trailing 10-9 with 31 seconds to play in regulation, Lotz got behind the defense to set up sophomore midfielder Cole Dutton for a timely score to tie the game, sending it to its first overtime period.

“We do a ton of situational preparation for moments just like that one,” Lotz said. “My teammates did a great job of drawing some slides, and I ended up behind the cage. Going to my left, I drew another slide, carried a double team, and was able to feed Cole [Dutton]. As soon as I saw the ball hitting his stick, there wasn’t a doubt in my mind that he was going to deliver.”

After missing on three shots in the first two overtime periods, Binghamton closed it out in the third overtime to win 11-10. Lafayette won the ground ball battle 39-30, but were out shot 42-29 and committed 23 turnovers to Binghamton’s 17.

It was a balanced offensive effort for the Leopards on Saturday, with Dutton leading the team in points with two goals and two assists. Junior attacker Andrew Robbins and freshmen attackers Macklin Fitzpatrick and Ryan Duncan all scored twice as well, while junior midfielder Bryan Hess and freshman midfielder Brian Collins each added a score for the Leopards.

The roster carries 23 freshman and just five seniors, but also has four captains for the 2020 season.

“Our captains did an awesome job of accepting us younger guys coming in,” Lotz said. “I look up to all of those guys, and I think they are adding tremendous value to our culture.”

“It means a lot to me that my teammates have trust in me to lead,” senior captain and midfielder Adam Close wrote in an email. “It was an adjustment at the beginning, but [senior attacker] Robbie [Garavente], [senior defender] Jason [Corcoran], [junior midfielder] Bryan [Hess], and I work as a team and work together with the leadership council, which is a really awesome dynamic.”

Head coach Pat Myers has instilled a leadership council for the 2020 season, consisting of players from each class year who set the bar for the program.

“There’s a lot of talent within the younger classes, and as a group, we’re focused on getting the best out of one another to put the best possible product on the field every week, regardless of age or class,” Close wrote.

Lafayette will begin Patriot League play tomorrow with yet another nationally ranked opponent in Loyola Maryland. Three out of the four teams the Leopards have played so far have been nationally ranked, with games against Penn State (1), North Carolina (8) and Georgetown (16).

“[The] Patriot League is extremely competitive, but we are aware of what we have to do to take the next step to build that championship culture, mentality, and execution,” Lotz said. “Our DMGB [Doesn’t Matter, Get Better] mindset is going to let everything take care of itself. I’m super excited to take on Loyola, and there’s not a doubt in my mind we’re going to give them all that we’ve got.”