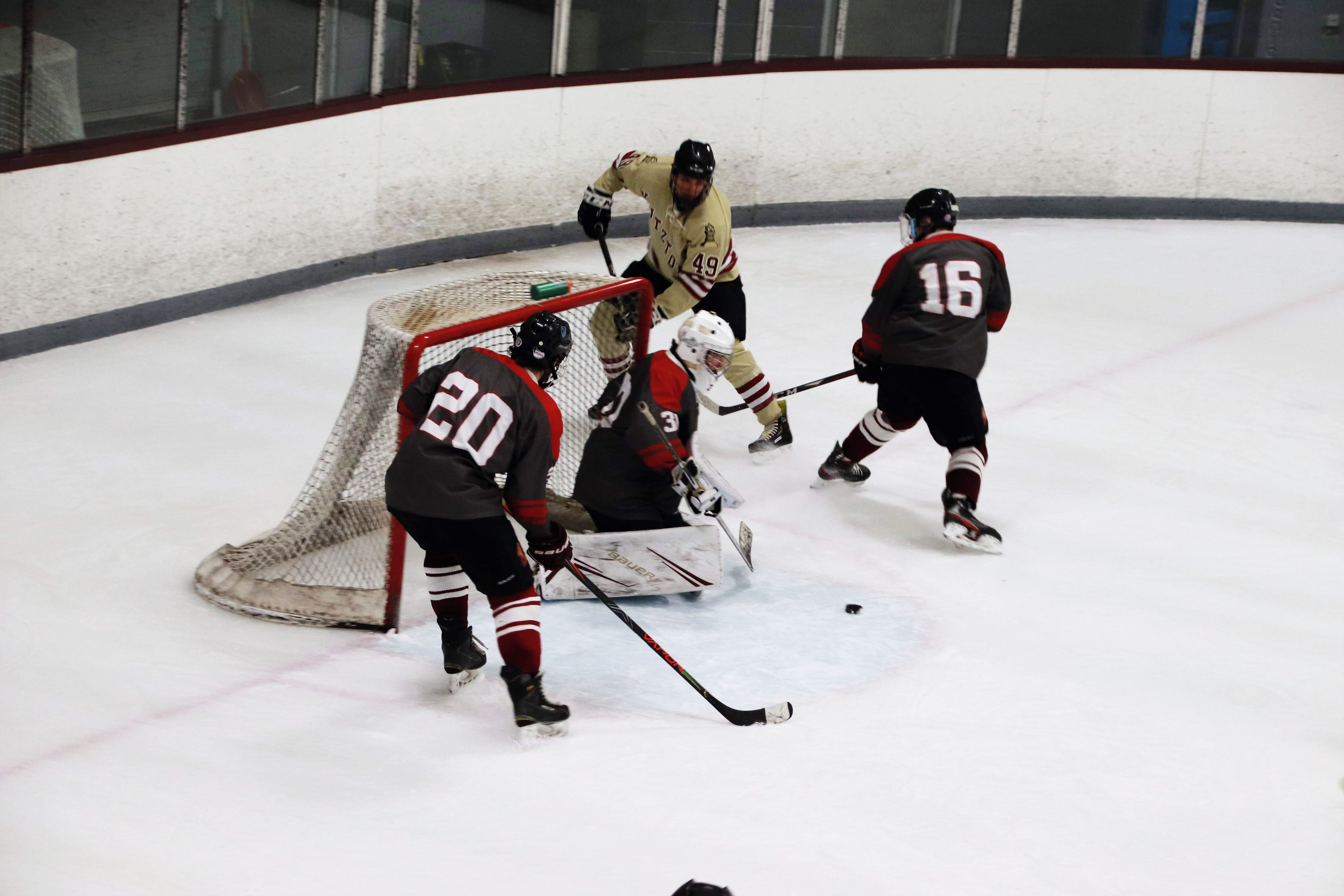 The Lafayette men’s club ice hockey team ended their season with a 5-1 loss to eventual champion Kutztown in the division semifinals last weekend.

The team ends their season with a 10-9 record after earning the four seed in the postseason and beating fifth-seeded La Salle in the first round.

“We were definitely a little anxious because of the stakes of the game and how fast paced Kutztown, the best team in the regular season, was,” said junior defender Calvin Sharp. “There were definitely parts of the game [where] we settled down, and we had our fair share of chances. A 5-1 loss to end your season is not great, but there was a lot to take home from it.”

Against Kutztown, most of the game’s scoring took place in the first period. The Golden Bears struck first just over 90 seconds into the game with a power play goal, and added a second score less than three minutes later to open up a 2-0 lead.

Senior alternate captain PJ Webb quickly responded with a score of his own, with the assist credited to sophomore forward James Kiley, narrowing the deficit to 2-1.

Kutztown added two more goals at the nine and five-minute marks of the first period, and carried a 4-1 lead into the second frame.

The teams traded blows throughout a scoreless second period which saw Lafayette make a goalie change. Sophomore Jack Eselius replaced freshman Ted Fischer between the pipes, while Kutztown maintained their lead heading into the third and final period.

Kutztown added another power play goal midway through the third on their way to a 5-1 win.

Lafayette served a whopping 38 penalty minutes compared with Kutztown’s six, and the Golden Bears held a 43-19 advantage in shots on goal.

“Most of the game was pretty close. We came out a little flat and they had a couple quick ones in the first period, just like traffic in front of the net [and] all the shots were coming from the point,” Sharp said. “Calls weren’t going our away, [but] for the most part we were sticking with them.”

In the first round against La Salle, Webb scored five goals to pace the offense in an 8-4 win. Lafayette scored the first four goals and never trailed in the game. Sophomore forward Tyler Sharinn contributed two goals and Kiley added one to round out the scoring.

Kiley led the Leopards in points this season with 21 in 15 games, spread out between 15 goals and six assists. Fischer earned a 5-2 record in his nine games played, finishing the season with a team-leading .909 save percentage.

The three captains contributed a combined 19 goals and 21 assists this season, with all three posting double-digit marks in points.

“I think [next year is] going to be a strong year,” Lapides said. “We are losing some of our leading crew, but we’ve got juniors, sophomores and even freshmen to step in and take those roles over, so hopefully just building on what we have this year and moving forward.”

Lapides also said he was lucky to escape “with one championship and one year of beating Lehigh,” throughout his years playing for the club team.