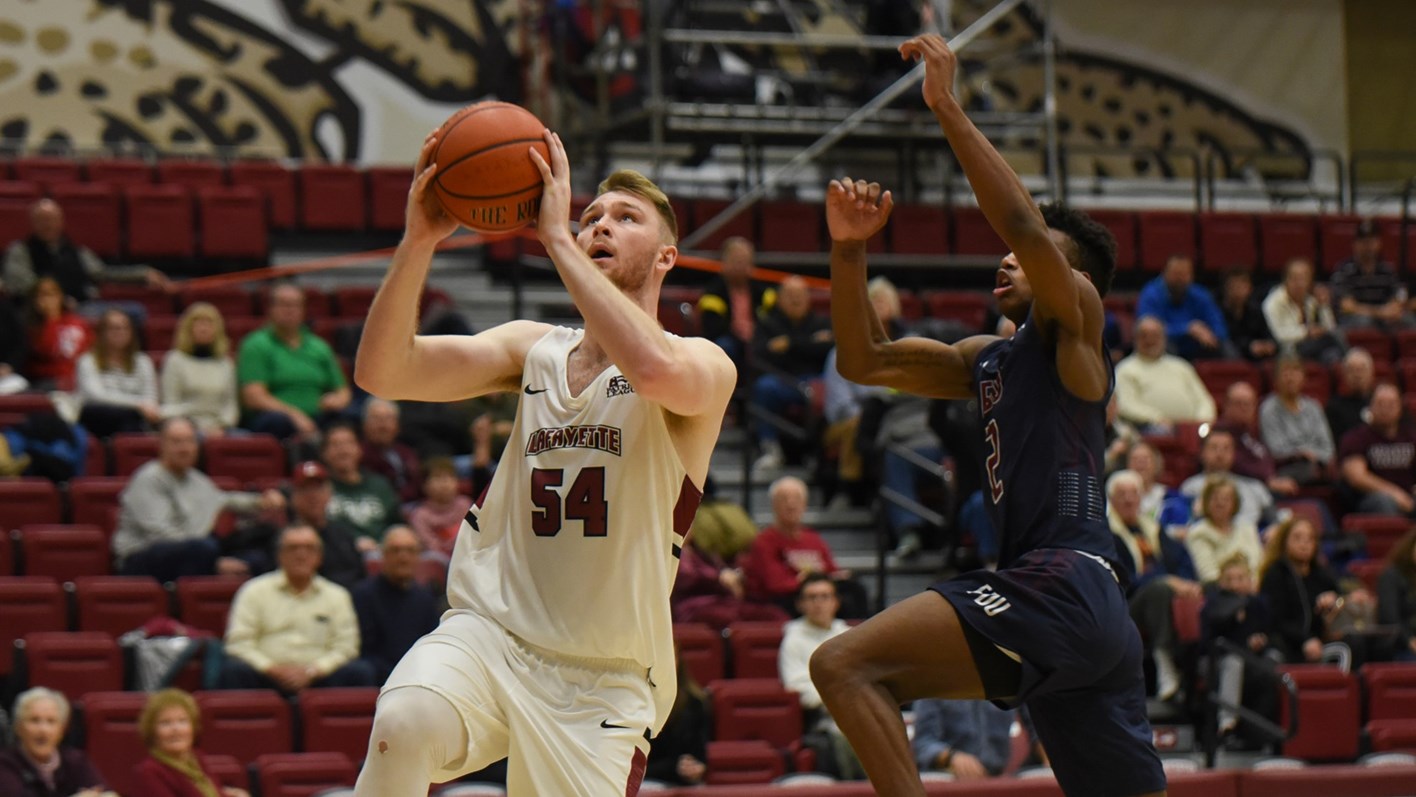 The Lafayette men’s basketball team lost two games last week, one to Loyola Maryland, 70-68 and one to American, 79-59.

The team now sits at 17-11 on the season and 9-8 in conference play with just one game remaining in the regular season.

Against Loyola, two freshmen accounted for more than half of Lafayette’s offense. Forwards Leo O’Boyle and Neal Quinn recorded career-highs in scoring with 21 and 17 points, respectively, with both shooting over 50 percent from the field.

“My teammates being great scorers and drawing the attention of the majority of the Loyola defense gave me a lot of opportunities to score,” Quinn said. “In the future, I got to be more aggressive off the rip and heat up in the first half.”

O’Boyle added five rebounds and an assist, while Quinn chipped in four rebounds and had a pair of assists and blocks.

“Obviously we recruited them thinking that they have a big upside coming in here,” head coach Fran O’Hanlon said. “They didn’t play as much in the beginning kind of getting acclimated to the way things are in basketball, but they have great potential, and I think you saw the other day that they’re just getting better and better.”

This bodes well for the Leopards with junior guards Justin Jaworski and Alex Petrie, the team’s two best volume scorers, sidelined for the rest of the season.

Petrie has been out the entire year with a medical condition, while Jaworski tore his ACL and meniscus against Army a few weeks ago.

“[Jaworski] will be operated on next week,” O’Hanlon said. “He’s scheduled to be back by November, ready for next season.”

Despite only scoring nine points, junior guard E.J. Stephens played 38 minutes against the Greyhounds. Stephens netted a career-high 27 points against Boston University a few weeks ago, and has averaged over 38 minutes per game since Jaworski went down.

“E.J. is our top scorer, although we have the type of team where on any given night somebody’s going to step up,” O’Hanlon said. “[Senior forward] Myles [Cherry] has done it, and I think our two freshmen have the chance to step up on any given day. But yes, I’d say…when people are scouting us, they’re thinking they have to stop E.J.”

Starting sophomore guard Ty Perry had a rough shooting day, going 0-13 from the field, but played 39 minutes and made up for his poor shooting performance with six assists and two steals.

“E.J. and Ty are great players and sometimes shots don’t fall,” Quinn added. “We all need to step up and put more pressure on their defense. I just tell them to keep shooting and the next one will fall.”

“Playing 39-40 minutes a game, there is a lot asked of [Perry] both on the offensive and defensive side of the game,” O’Hanlon said.

Earlier in the season both freshmen’s minutes per game were in the single digits. Now they both consistently play double-digit minutes, with O’Boyle playing over 20 minutes in seven straight games.

“We obviously don’t have the depth without [Jaworski], but…we’re going to have to find a way to get it done” O’Hanlon said. “I think the guys have overcome a lot of adversity this year.”

Against American, the Leopards got a combined 30 points from senior forwards Myles Cherry and Lukas Jarrett, but the offense shot just 40 percent from the field and allowed the Eagles to shoot over 57 percent.

Freshman forward Leo O’Boyle was the only other player in double-figure scoring for Lafayette with 11, while Stephens and Perry combined to go just 4-18 from the floor.

Next up for Lafayette is the regular season finale tomorrow at 2 p.m. against Navy at home for senior day.