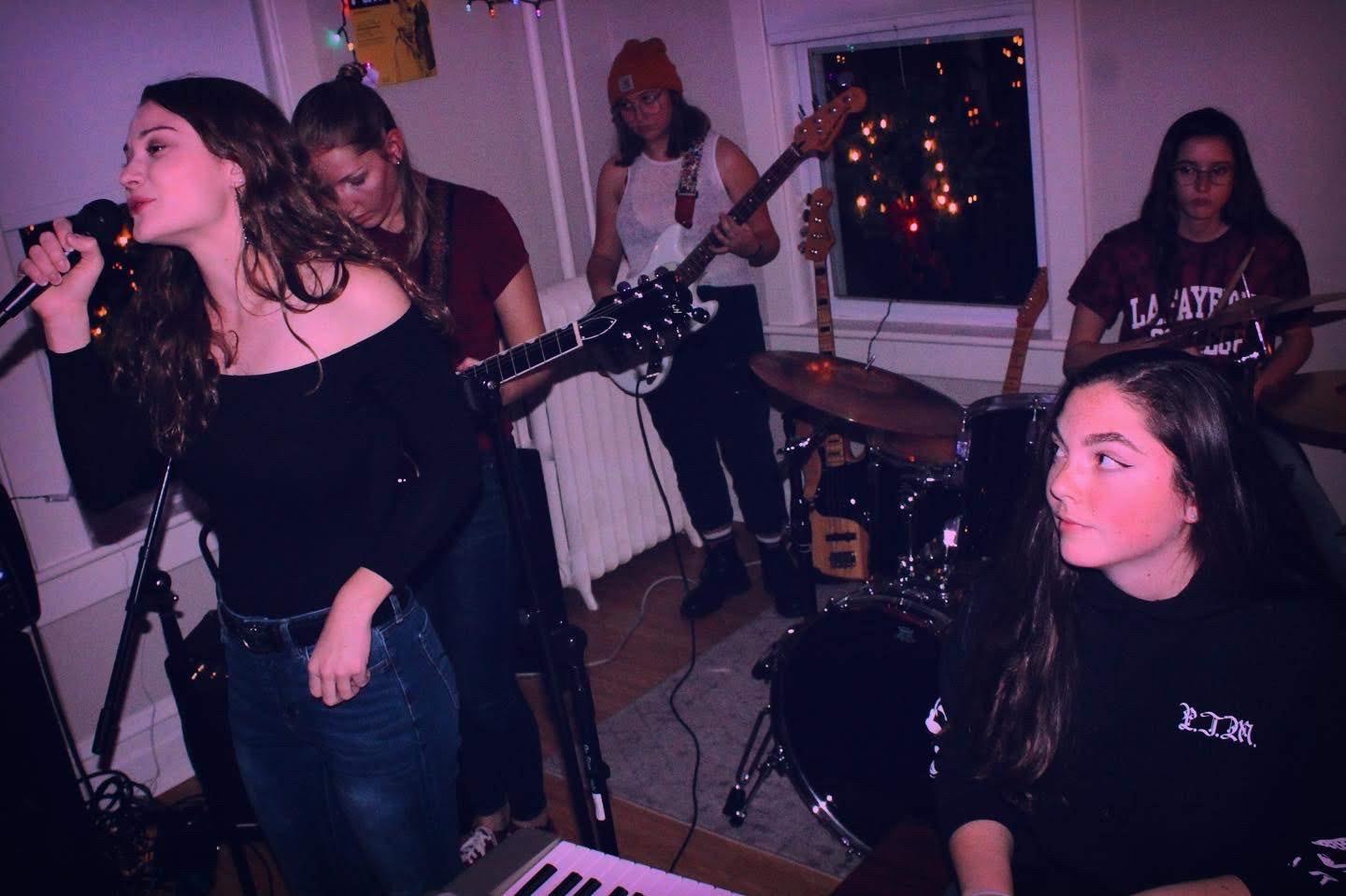 The band the Womansplainers had their first on campus performance in November. (Photo courtesy of Sasha Neefe ’21)

One of the college’s newest bands, the Womansplainers, possesses a wide range of musical talent – and a desire to fight for feminism through music.

Rice, Neefe and Scinto, who originally met on the music appreciation floor, attended a LIMS show and were surprised to see that only men were performing. To counteract this, they formed their band, appropriately named the Womansplainers, this past October. Their first performance was Nov. 1.

Listeners can expect songs such as Fountains of Wayne’s “Stacy’s Mom,” Lizzo’s “Truth Hurts”, and WALK THE MOON’s “Shut Up and Dance.”

The band members have a wide range of musical experience.

Rice has been singing for her entire life. She also has experience in theatre and saxophone, and her concentration is now in conducting.

Neefe has also been playing guitar for many years, although she originally started on piano.

“I was convinced I was going to be a music producer, and then I decided to do chemical engineering instead,” Neefe said.

Scinto started playing the piano at a young age. While she took a break from the instrument in high school, she picked it back up when she joined the band.

Galdieri explained that she started playing guitar in sixth grade before switching to percussion.

“My older brother convinced me to join the band and be a percussionist, and I was like ‘I don’t want want to wear that ugly uniform.’ But I did it anyway,” Galdieri said.

The transition from percussion to the drum set then came smoothly for her when the joined the band. Galdieri is also on the percussion ensemble and the pep band at the college.

The band members expressed their enjoyment for working together onstage in a constructive and collaborative environment where they do not take things too personally.

“The first rehearsal is always a mess and then the second rehearsal is 20 times better than than,” Neefe said.

“The last show was incredibly fun. And then everyone was singing and dancing during our performance,” Neefe said.

The Womansplainers’ next performance is in early March.

I wish you could have added an audio clip to the article.

BTW – Jen is my niece. Very proud of her.