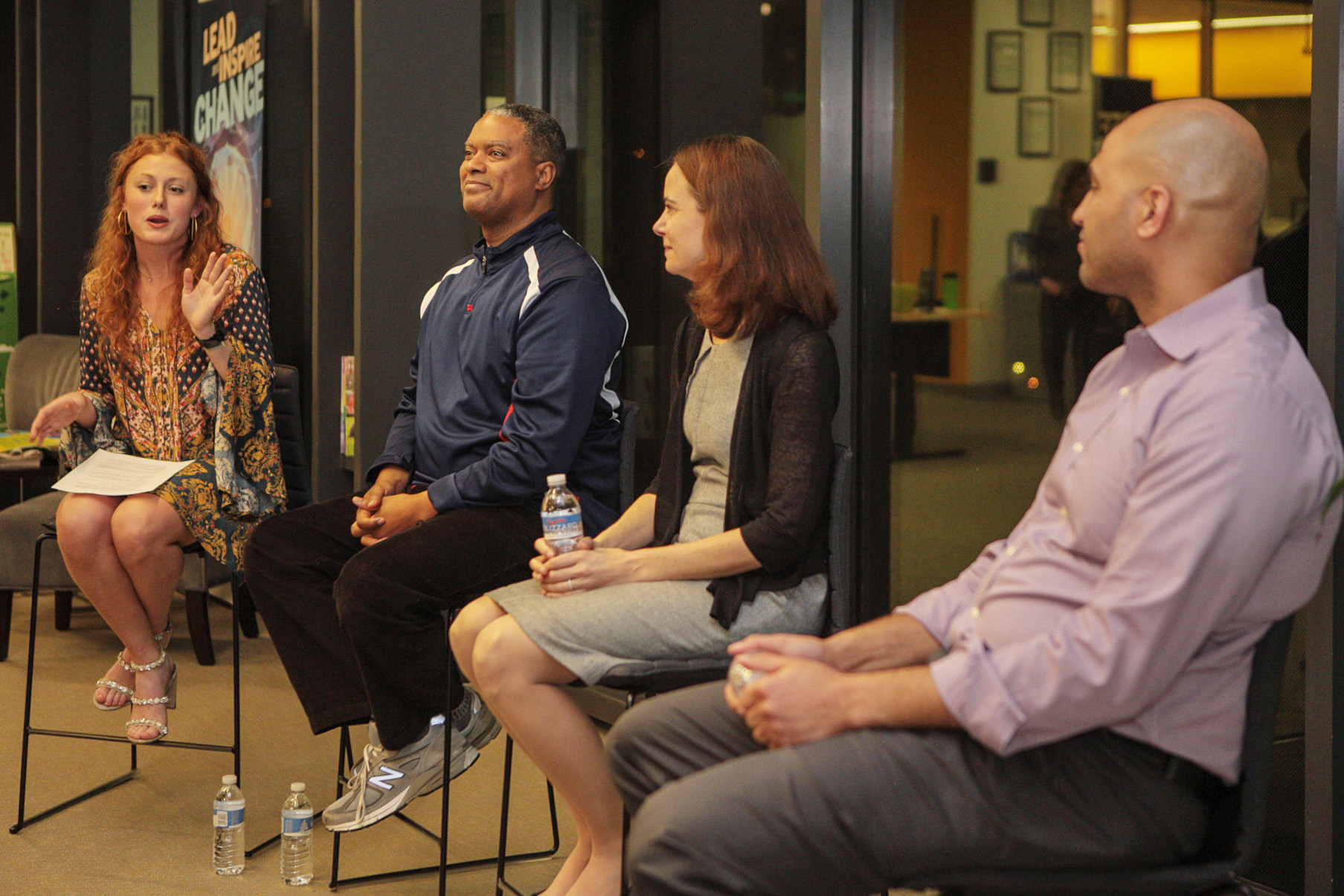 The event drew a large crowd, filling the Dyer Center with Lafayette students and faculty, community members, and visitors from other institutions, including Muhlenberg College.

Robinson is the current Executive Director of the Center for Advancing Opportunity, and former Secretary of Education in Virginia and Florida Education Commissioner. Additionally, he is an advocate for school choice and former president of the Black Alliance for Educational Options, a non-profit organization aimed to “increase access to high-quality educational options for black children,” according to their website.

Dahl said that Robinson was selected to be a panelist because, in addition to his qualifications, he has “written and spoken extensively on the role of higher education in reducing recidivism.”

Badgett is the Executive Director of the Petey Program, a social services organization that “supplements education in jails, prisons, and detention centers.” She has served as chief executive of many nonprofits and is the former executive director of the New York State Association for Affordable Housing.

Speaking about the role of education in criminal justice reform, the three discussed the synergies between topics of education, incarceration, and entrepreneurship. Badgett said that the interconnection of these issues is “all about systemic inequalities.”

Panelists emphasized the importance of education both to prevent incarceration, and as a tool for rehabilitating those in and after prison.

Emilie Biolsi ’22 frequently volunteers in the Northampton County women’s prison. She is also currently in Women’s, Gender, and Sexuality Studies professor Tara Gilligan’s class “Women in the US Criminal Justice System,” which is a community-based class that visits the women’s prison throughout the semester.

“Education is really important because it allows women to think of the possibilities and opportunities they will be able to have once released,” she said.

“From my experience in the prison, I would say education plays a major role in the criminal justice system,” she added. “Last week, we had our first class in the prison and the women are so happy to be reading a new book and engage in a discussion with us”.

This event was one of many as part of Criminal Justice Reform and Awareness Week. Landis program coordinator Katie Hill ’20 said that this year’s CJRAW was designed to “focus on a community based, integrative approach to criminal justice reform activism.”

“We are hoping to inspire productive conversation, and initiate interest in issues surrounding and intersecting with criminal justice reform,” she added.