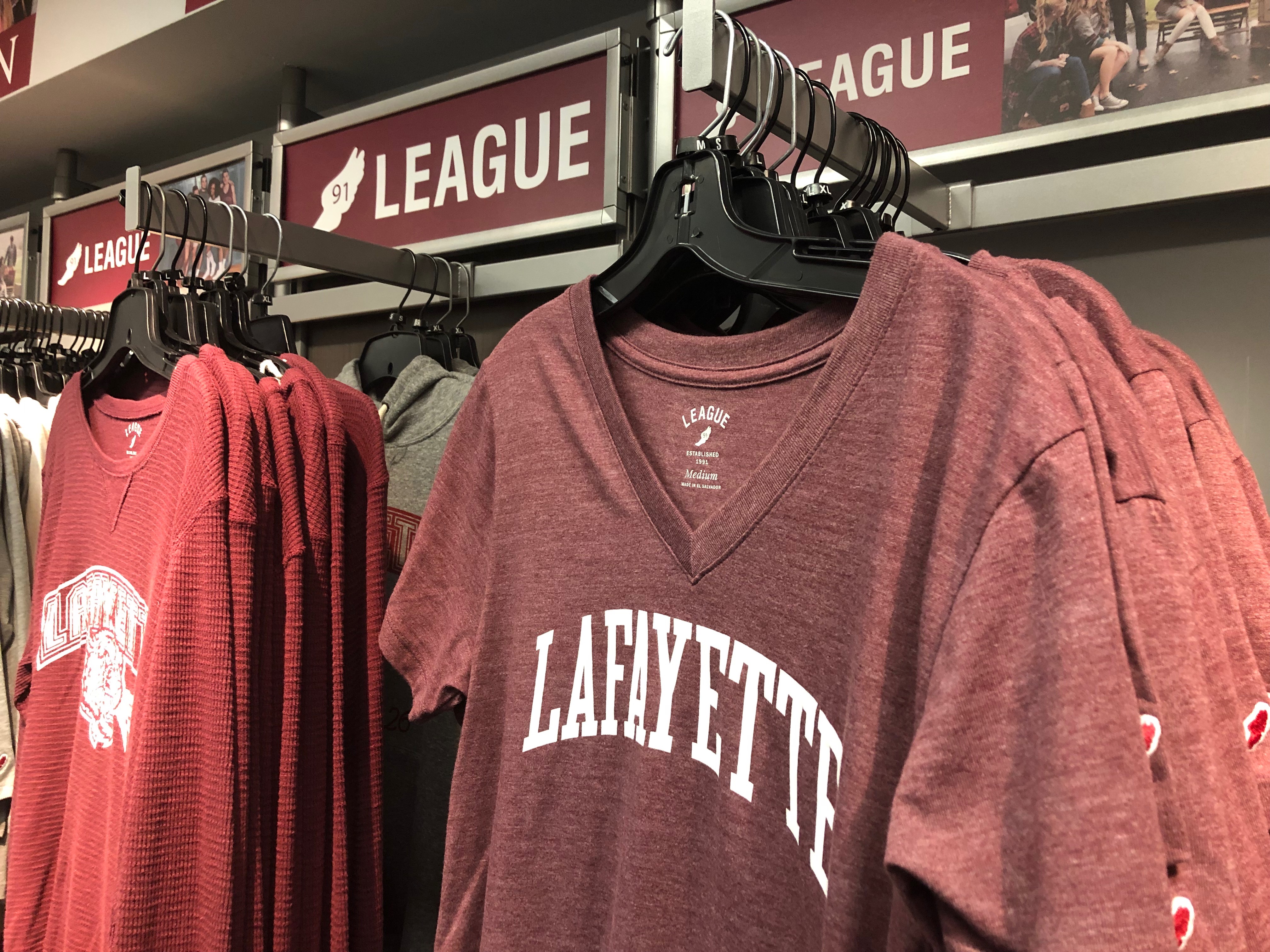 Byerly said the school will be having a conversation within the next month about joining the Worker’s Rights Consortium.(Photo by Rachel Bram ’20)

“Someone is getting the short end of the stick and it is not us,” Lulu Kirtchuk ’21, said.

Last December, Kirtchuk and 29 other students in professor Angelika von Wahl’s “Globalization and Its Critics” class wrote a letter addressed to President Alison Byerly after learning about the poor working conditions in the T-shirt production industry, Kirtchuk said. Many feared that Lafayette contributed to the problem and consequently decided to make their voice heard.

Kirtchuk co-wrote and signed the letter with the International Affairs program and more than 40 other campus organizations, urging Lafayette to become an affiliate of the Worker Rights Consortium (WRC), an independent labor rights monitoring organization that investigates working conditions in factories around the globe. The WRC assists universities with “enforcement of binding labor standards they have adopted to protect workers producing apparel and other goods bearing university logos,” according to their website.

The college is currently considering the request to become an affiliate of the WRC, according to President Alison Byerly.

“We had a discussion of it at [a cabinet meeting], we put together a little sub-committee to do some research and look at the Worker Rights Consortium, and also there are one or two sort of similar accrediting bodies [that we are looking into] to kind of get a sense of how they stack up against each other,” Byerly said.

Currently, the WRC has 171 university affiliates in the United States and Canada. Among the schools in the consortium are Patriot League members Holy Cross and American University, while smaller liberal arts schools like Franklin and Marshall and Dickinson also joined.

“We took action to make sure that our [school clothing] wasn’t coming from areas where workers were being treated poorly,” Olivia Newman ’22, another member of the class, said. “There are a ton of schools already affiliated with the [WRC], and I think Lafayette has no reason to not be on it.”

Following the letter being sent, the WRC has contacted Kirtchuk, and Byerly and the administration are currently in the process of doing additional research regarding current suppliers for the college.

“We’ve done an analysis of some of our current sourcing and which of those already meet the requirements of the [WRC], and so we’re actually preparing to have a conversation probably in the next month at cabinet about the outcome of that study, and we’ll probably make a decision at that time,” Byerly said.

Newman said that she considered writing the letter to be an effective way of addressing students’ concerns.

“Writing the letter itself helped share the concern with everybody on campus [and it allowed Byerly] and other administrative staff know about [the issue],” Newman said.

Kirtchuk hopes to find a solution before the Lafayette-Lehigh game next fall, as that is when students tend to look for new Lafayette apparel.

“It just felt right to contact the president and the numerous organizations on campus about the issue,” she said.