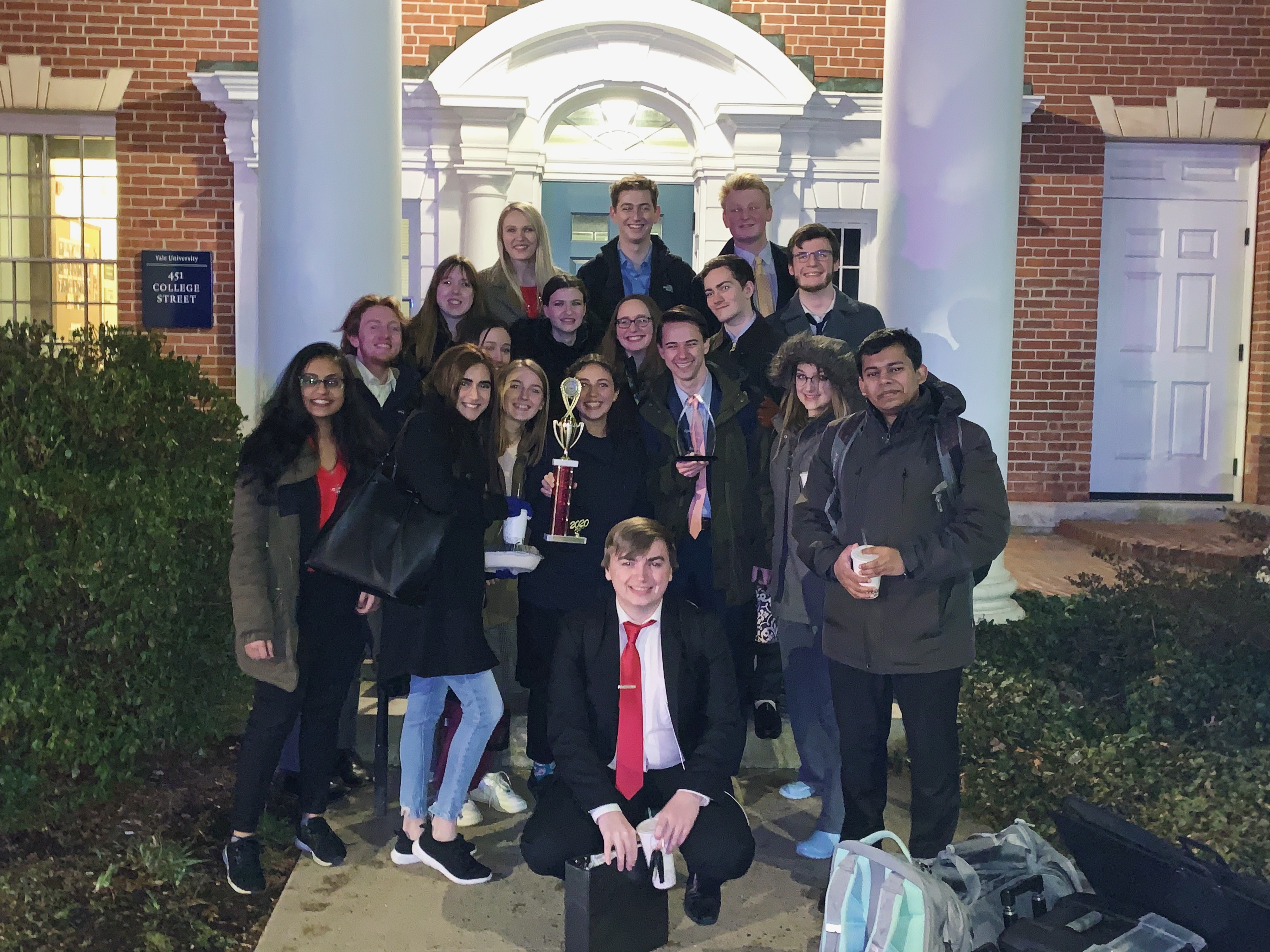 The mock trial team sports their fifth place and SPAMTA awards from the Yale tournament. (Photo courtesy of Carly Jones ’21)

The Lafayette mock trial team will be advancing to the American Mock Trial Association (AMTA) Championships after qualifying at Yale University two weeks ago. They placed fifth overall, qualifying them to move on to the opening rounds of the championships at Princeton University.

Will Bennett ’21, one of the captains of the team, said the win was “rewarding.”

“[We] did spend these past three or four weeks putting in all the work…so to hear your name called is definitely a nice sign of acknowledgement,” he said.

“It always feels good to win,” he said. “[The team] always [has] high hopes, and fortunately a very good program and a very good set of students.”

Tedi Beemer ‘20, who is also a captain of the team, said she was relieved and excited about the win.

“We’re definitely a lot better and more competitive now than we were when I first got on the team,” Beemer said.

“In the past four years we have definitely skyrocketed in terms of competitiveness, and also having fun with it,” Bennett added.

Best, who has been the coach of the mock trial team for the past seven years, said that the team has gotten better and better over the years.

“Overall, year after year, the team really improves its standing within the American Mock Trial Association,” he said.

The team has been preparing since last semester, holding practices twice per week in the fall as well as three invitational tournaments. They then stepped up to four practices per week in the spring semester leading up to the regional competition.

Bennett explained that in a mock trial tournament, “each team prepares two sides of a single case…the prosecution and the defense,” and every team has to argue each side twice during the competition.

At regionals, the Lafayette mock trial team was split into two, as there are twenty members in total, and there can only be ten participants on each team at the competition. The “A Team” was awarded the fifth place win, and the “B Team” received the SPAMTA award, which recognizes one group out of the entire tournament for their kindness and sportsmanship throughout the competition.

The three captains highly recommend anyone interested in acting, analytical thinking, and problem solving to join the team.

“There are so many benefits to doing mock trial,” Beemer said. Some of these benefits, she added, include learning how to work as a team, understanding diplomacy and negotiation, and developing analytical thinking and public speaking skills.

Now that the team has qualified for the opening round of championships, they are looking ahead to future competitions and tournaments. They said they hope to continue with the progress they have already made as a team, and to make it to the national championship in the spring.