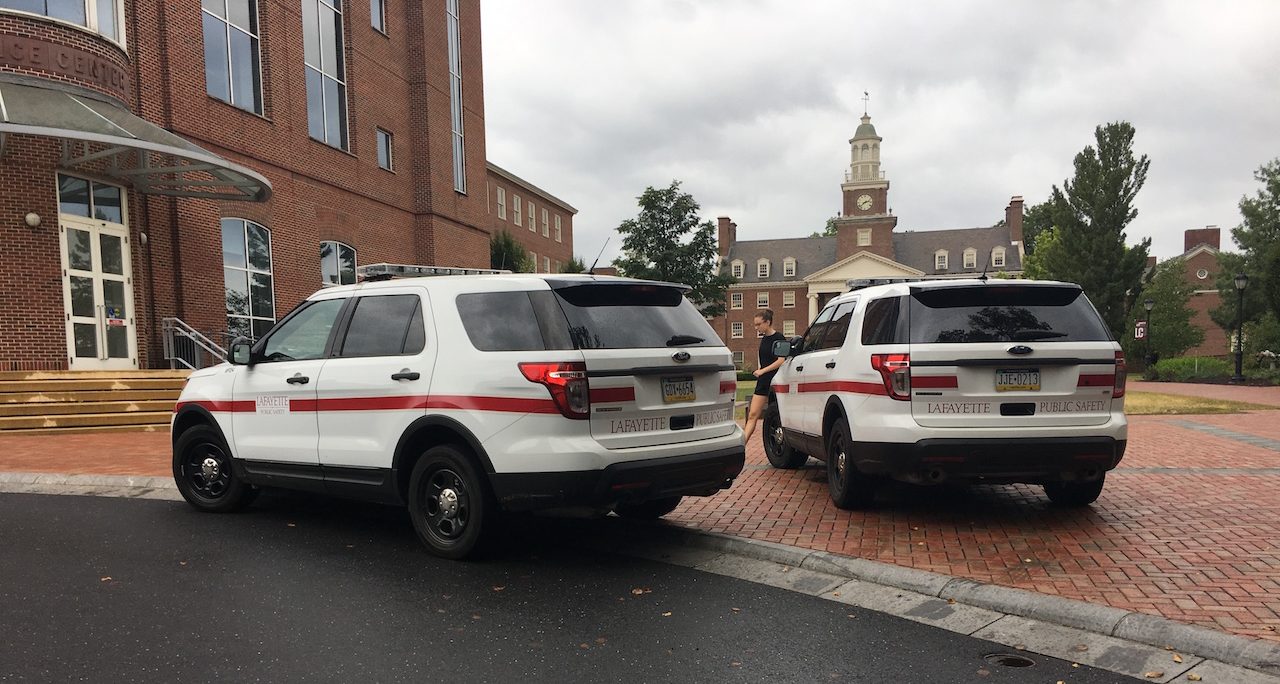 A Lafayette College cook and Bon Appetit employee was approached by Lafayette Public Safety after receiving information on threats from other members of the Bon Appetit staff. A warrant for his arrest has been issued, and they were served a no-trespassing order prohibiting him from college grounds.

The warrant was issued for 22-year-old Amiru Richardson, on two counts of terroristic threats made over two weeks and reported to Lafayette Public Safety on February 10, according to Lehigh Valley Live. An open warrant enables police officers to make an arrest if necessary, although Richardson is not being actively pursued by officials.

“There was not an arrest, that was the initial part of the investigation. We responded, spoke with that individual, provided him with a no-trespass order, then he spoke with his management at Bon Appetit, and they did what they had to do,” Jeff Troxell, Director of Public Safety, said.

“Anytime we issue a no-trespass, he’s not to set foot on the college campus. If he does, he will be arrested immediately. Until we could sort this out and do our investigation, he is not allowed on campus,” he added.

Allegedly, on Jan. 30 and Feb. 1, Richardson told two co-workers he was going to follow a chef to her car and shoot her, and on Feb. 8 he told two employees that he would “shoot anybody, everybody,” according to Lehigh Valley Live. It was also reported that Richardson allegedly stated that he was “serious” and had a gun in his locker.

Troxell did not specify the name of the individual behind the alleged threats but stated that they have been cooperating with the investigation. An arraignment is scheduled for the near future, Troxell added, although he did not share an exact date.

In light of the threats, Public Safety has increased patrols across the campus, with additional rounds focused on where the threats occurred.

“The additional officers right now we have them on campus in certain areas just as an abundance of caution in different parts of campus,” Troxell said. “Plus, our officers were made aware of the details, and they’re doing additional patrols. If we can get three officers to shift, we’ll do that.”

President Alison Byerly wrote in an email that the college provides orientation training for college employees that includes “detailed information on safety procedures in areas including threat assessment, emergency response plans, workplace injuries, environmental health and safety, and other topics.”

“The suspect referred to by Public Safety is an employee of Bon Appetit. Bon Appetit performs background checks on all their employees, and we require all staff providing contracted services to adhere to college safety procedures,” Byerly added.

This is still an active investigation, Troxell said.

“[Richardson’s] denying it and we’re investigating it,” he added.