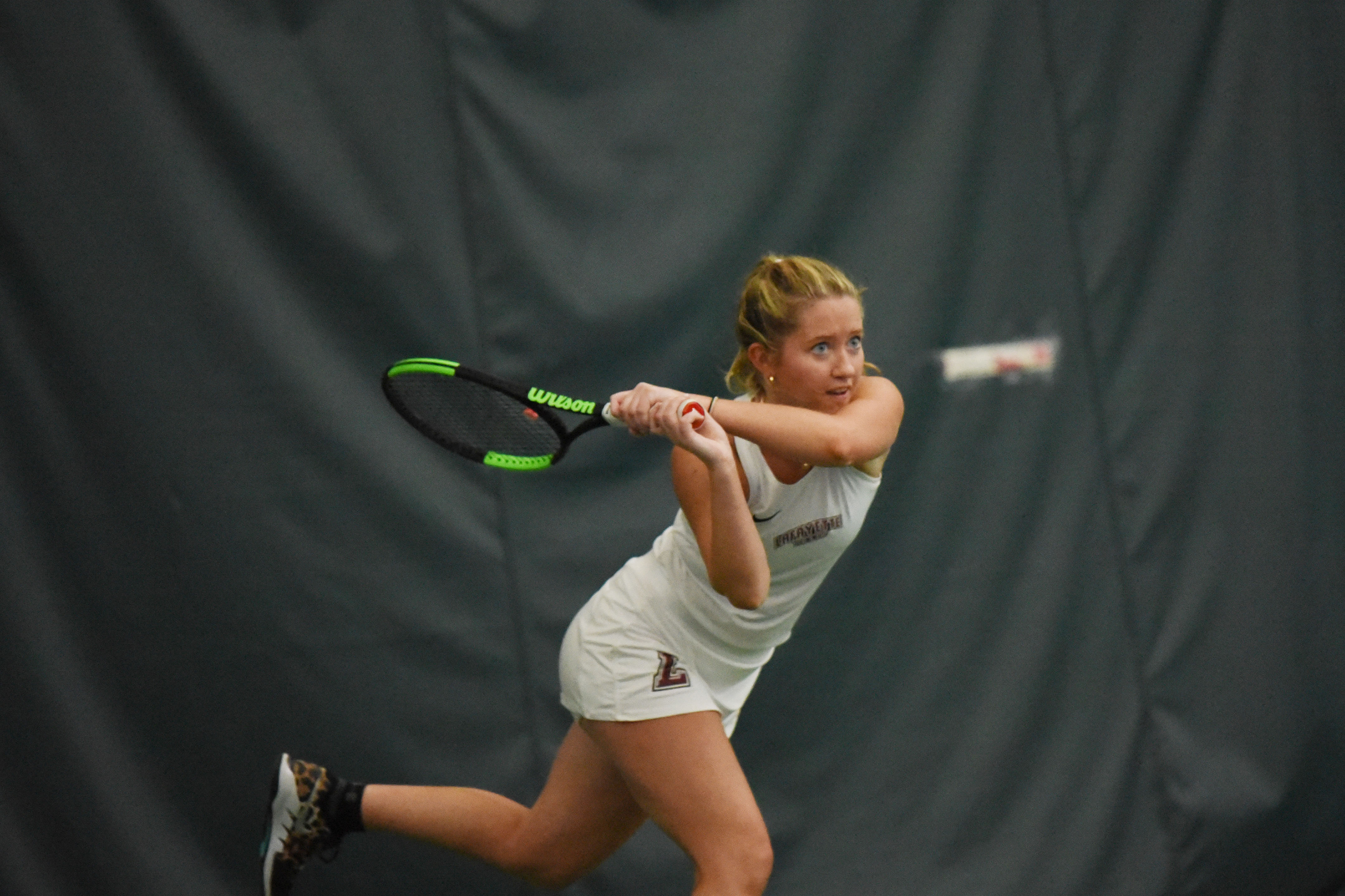 The best start to a season in head coach Ralph Van Ormer’s time with the women’s tennis program continued on Sunday with a 5-2 win over Hofstra. The six consecutive wins are also the most since the ’05-’06 season for the Leopards.

“We have really strong leadership at the top with our captains,” freshman Jessica Siegel said. “They are really good role models as they’ve helped us incoming freshman adjust not only to college level tennis, but just college in general. Having that leadership has really contributed to our early success.”

Van Ormer said Siegel and fellow freshman Melanie Sparhawk provide the team with depth as well as their commitment to getting better in practice, and are part of the reason for the team’s success.

“The freshmen that came in solidified our lineup,” Van Ormer said. “We were pretty strong at the top end of our lineup, but just having two really strong freshmen helped us to have a really solid team up and down. Everyone’s also really been working hard on their game at practice to help us get to the next level.”

In doubles action, the Leopards won two out of three matches to earn the doubles point. The pair of juniors Cece Lesnick and Samantha Snyder won 6-0 in the top doubles matchup, while sophomore Maureen McCormack and freshman Alyssa Sarver secured the point with a 6-0 win at number three.

In singles play, Lesnick and Snyder came up short in the first two matches, both losing in three sets, but the Leopards bounced back and won the next four. At number three singles, McCormack won in two sets, 7-6 and 6-4. After dropping the initial set 4-6, Siegel made a comeback and won the next two by scores of 6-2 and 10-8.

“I also knew the match was going to be really close, but after going down one set, I just knew I was going to come back,” she added. “My mentality was that I’m not letting her have it, and I’m going to do everything I possibly can to come back.”

Senior co-captain Grace Conrad and Sparhawk closed things out for the Leopards, both earning straight set victories to round out singles competition. Conrad won 6-3 and 6-2, and Sparhawk won 6-1 and 6-3.

“That was probably the biggest win in the four years I have been here,” Van Ormer said. “The win gave us a lot of confidence and will continue the momentum we have going for us. If everyone is on their game, we can compete with anyone.”

Up next for Lafayette is a match against Saint Joseph’s tomorrow night at the Springton Indoor Tennis Club as the Leopards look to extend their win streak to seven games.