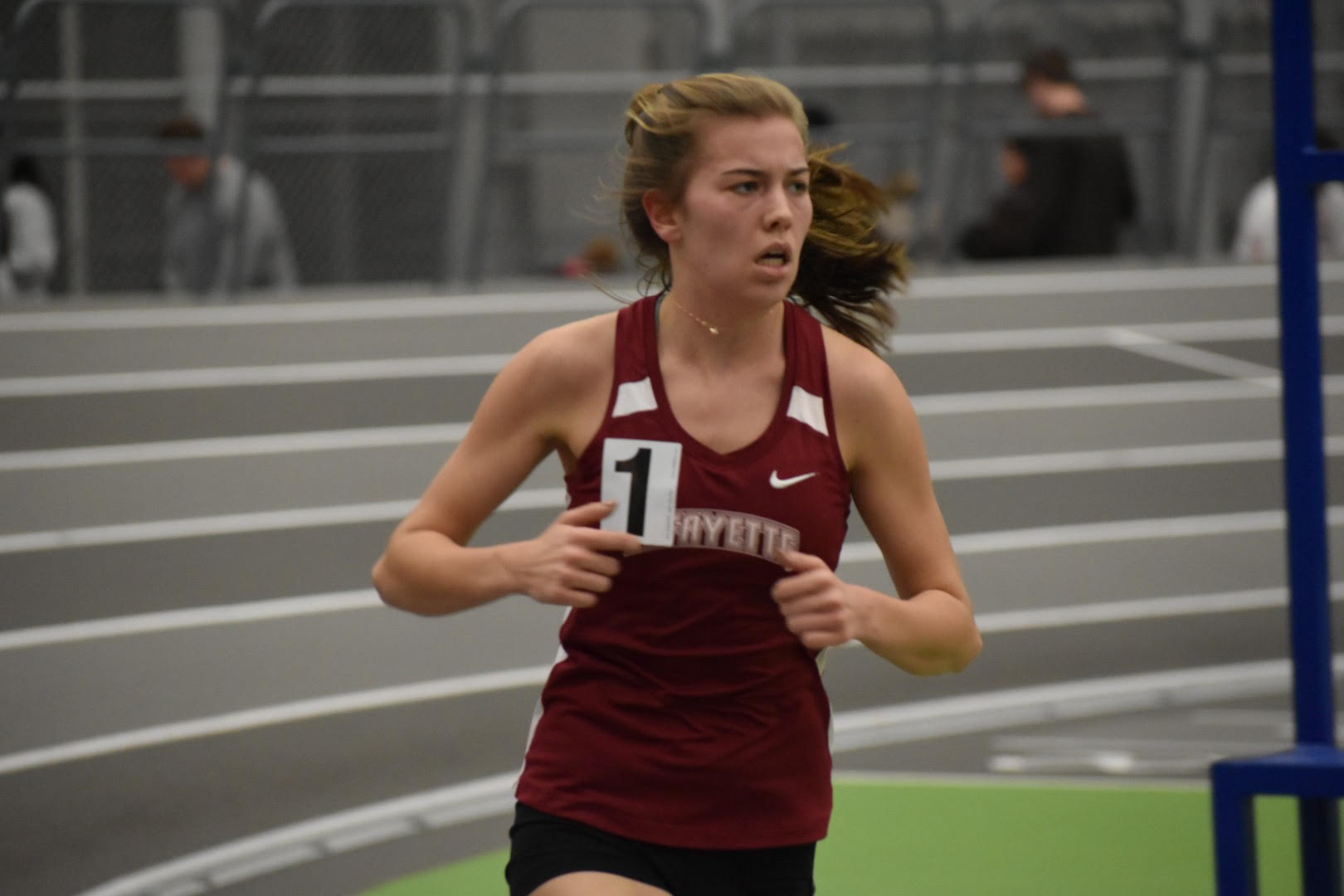 The Lafayette track and field team posted seven personal bests and six top-three finishes at the Monmouth Invitational and Fast Track National Invite meets last weekend. Senior Crosby Spiess earned the top spot in the 400-meter dash at Monmouth with her time of 1:00:48, narrowly beating the second place finisher by .05 seconds for Lafayette’s only event win of the weekend.

Also on the women’s side at Monmouth, sophomore Jill Warabak placed second in the 60-meter hurdles with a time of 9.13 seconds and senior Kate Mozzochi earned sixth in the same event in 9.35 seconds. Freshman Annie Hathaway finished in a three-way tie for second place in pole vault, while Mozzochi teamed with junior Emily Becker, sophomore Portia McKoy and freshman Eliana Liebman for a second place finish in the 4×400 meter relay.

Senior Zoe Peerman and Becker recorded a pair of fourth place finishes in the high jump and 800-meter run, respectively, to round out the top performers for the women.

“With Patriot League championships just around the corner, everyone is trying to peak to maximize their performances at the championships,” sophomore Chris Baylor wrote in an email. “Everyone has raised their intensity at practice, trying to get the best out of their teammates. It is a great thing to see.”

“While we do get very excited for the league meet and definitely feel the extra pressure of the championship, I like to remind myself and my teammates that it is still another track meet,” Spiess wrote. “We have all been to dozens of track meets before and we know what to do and how to perform well.”

The Leopards travel to Lewisburg, Pa., today for the Bucknell Tune Up before the Patriot League championship meet starts next Saturday in Bethlehem.