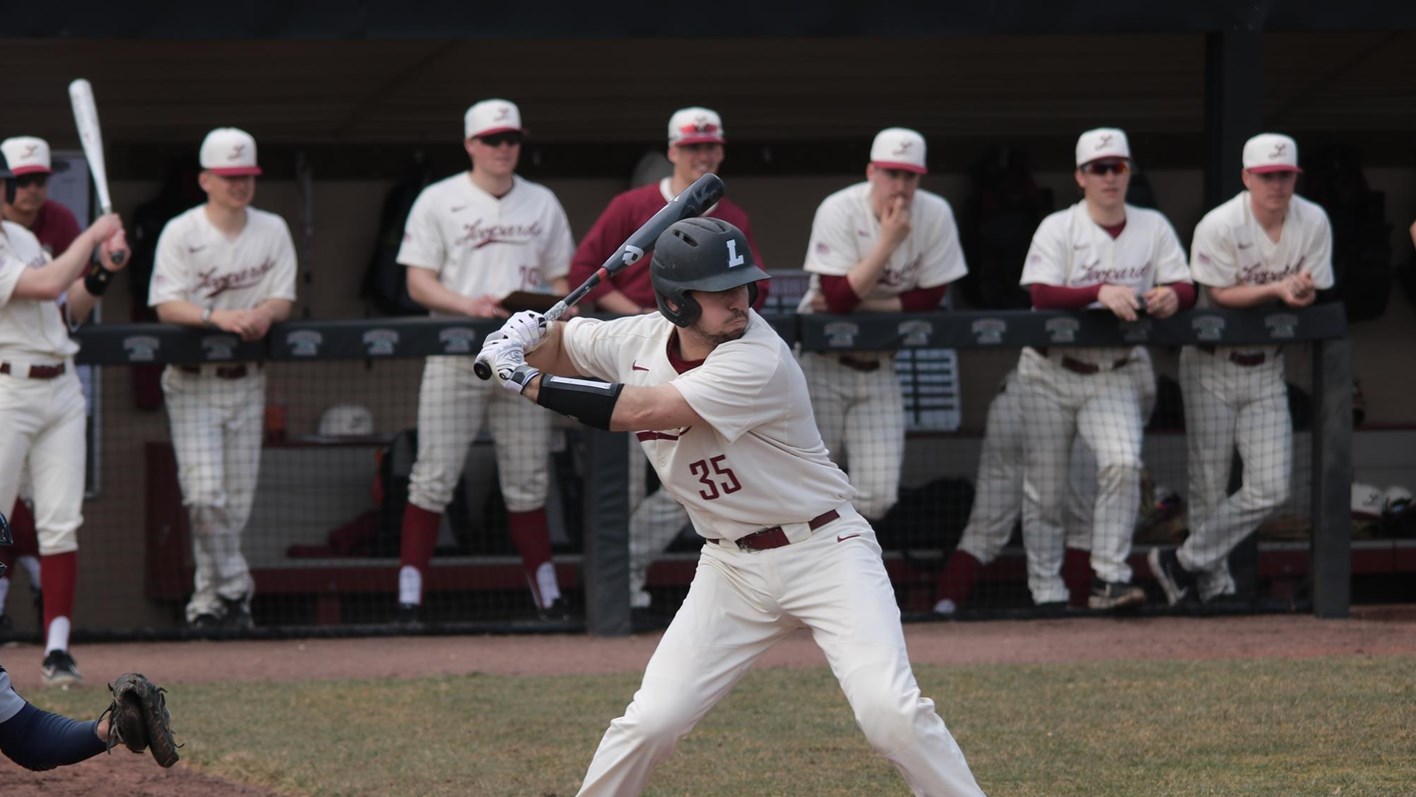 The Lafayette baseball season opened their 2020 season at High Point University last weekend, but were swept in the three-game series. The Leopards lost 16-8, 6-5 and 3-1, but sophomore catcher Dylan Minghini came away with a conference Player of the Week award.

“Obviously our first game wasn’t what we wanted, but in game two we were able to perform better all around – hitting, pitching, and defense,” senior pitcher Brett Kreyer said.

Due to the Pennsylvania winters, the team typically competes further south for much of the first month of each season.

“Usually, the weather in Easton doesn’t let us get on the field much in the beginning of the season, so traveling south not only gives us better weather, but also a chance to get on the field and compete,” Kreyer said.

In the first game, the Leopards managed to get on the board first off a home run by senior outfielder Jake Sniegocki, but 14 straight runs in three innings by High Point made it 14-1 heading into the sixth inning.

Minghini led the offensive charge for the Leopards in the game, going 3-5 at the plate with a home run, a double, and five RBIs.

“I felt like the first game was pretty rough. Even though we were down 13 we didn’t give up and battled back,” Minghini said. “Though the full success wasn’t there there were some positives we can expand on going forward.”

In their second matchup with High Point, the Leopards were led by their upperclassmen in a 6-5 loss in 10 innings. Sniegocki launched a grand slam to give the Leopards a one-run lead in the fourth, and junior outfielder Colin Hartey made it 5-3 with his fifth inning RBI single. Lafayette was able to maintain the lead until the bottom of the eighth inning when High Point tied the game at five, and it took just one extra inning for the Panthers to walk off with a win.

“Moving on to game three, I think we improved those factors even more,” Kreyer said. “As long as our team keeps improving, we will be able to get to where we want to be.”

The Leopards carried the momentum from their close extra inning loss into a competitive third matchup with High Point. Kreyer got the start on the mound, and was able to hold High Point to two runs through five innings.

Minghini homered again, but it was the only run the Leopards could muster on the day, as Kreyer was handed the loss.

“Personally, I think I performed decently for my first outing,” Kreyer said. “I was able to limit High Point to two runs over five innings, giving my team a chance to win the game which is all you can do as a pitcher.  I was also able to throw pitches to both sides of the plate, which I think was essential against a team like High Point.  Of course there are still things that I can improve on, such as getting my pitch count down so that I am able to go deeper into games.”

As the team prepares for the remainder of the season, one thing on each player’s mind is their head coach, Joe Kinney, who informed the team in December that he would retire at the end of the spring season.

“To Coach Kinney, this year is just as important as any other year,” Kreyer added. “As a team, we want to win a championship not only for ourselves and our teammates, but also for Coach Kinney. Our mentality this season is simple – we want to win a Patriot League championship. So I don’t think that his retirement is affecting our team mentality much, just in the sense that it motivates us more.”

Next up for the Leopards is a three-game weekend series against Virginia Military Institute, with game one slated for today at 3 p.m.