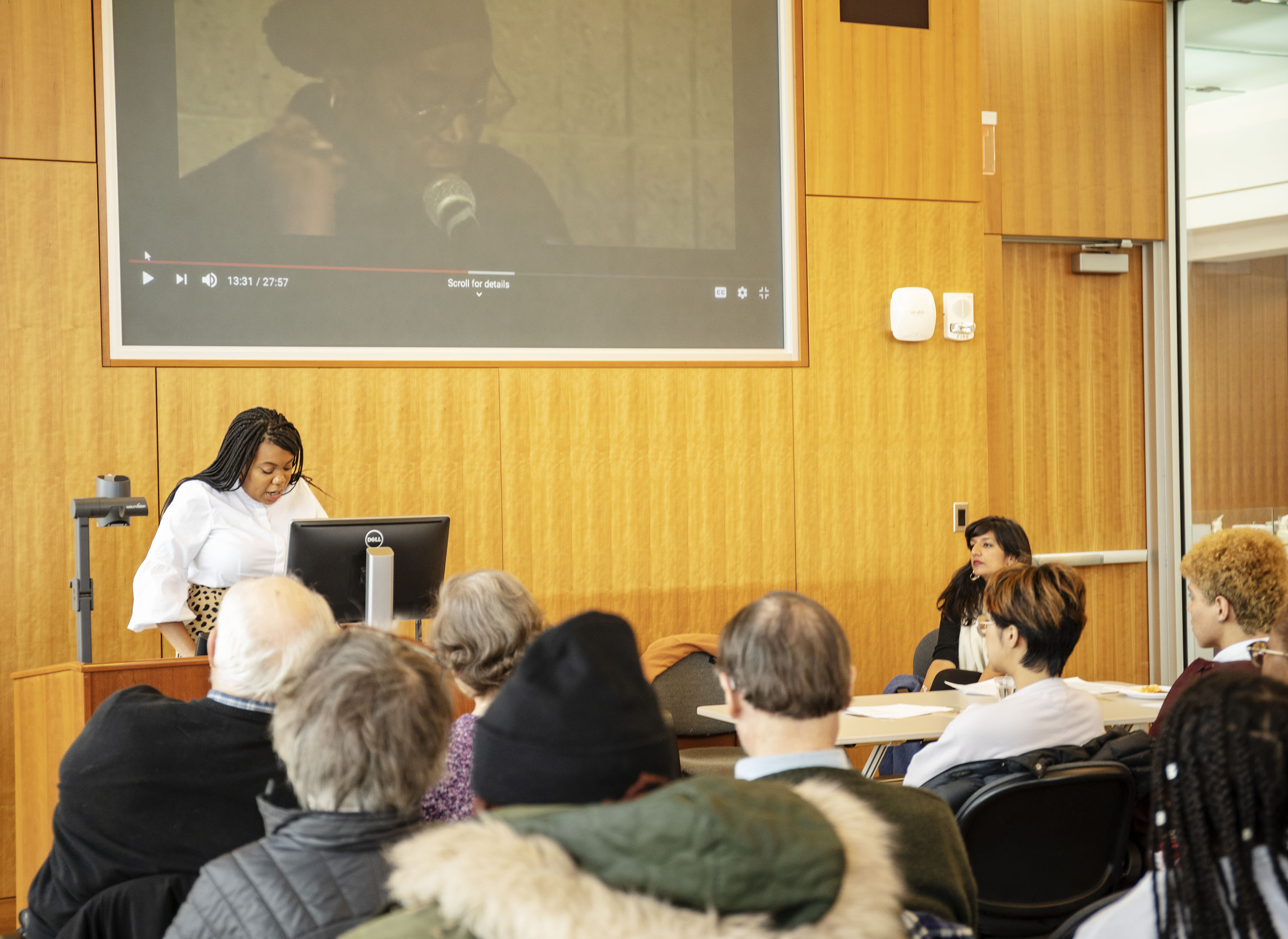 Professors Gill-Sadler and Fernandes discussed the work and significance of Gwendolyn Brooks, the first African American to receive the Pulitzer Prize. (Photo by Elle Cox ’21)

Gwendolyn Brooks was a twentieth century poet who broke boundaries in many ways. Today, her poems are still being read, discussed and even performed in imaginative ways, breaking additional boundaries regarding how poems can be interpreted and shared.

This past Tuesday, English professors Randi Gill-Sadler and Megan Fernandes hosted a talk during the lunch hour called “Gwendolyn Brooks: The Art, Influence, and Literary Legacy of the American Poet.”

The speakers discussed Brooks’ life and read some of her poetry during the talk.

Gwendolyn Brooks, a lifelong resident of Chicago, was the first African American to receive the Pulitzer Prize. Her work focused on the daily struggles of people in her community, which she portrayed through a type of poetry known as persona poetry.

Persona poetry, also known as poems of masks, focuses on allowing the reader to experience life through the perspective of the narrator.

Brooks understood that the extent of her activism should be more than just her poetry, stressing the importance of black solidarity. She only published her poetry through black-owned publishing companies such as Third World Press. She also mentored people in her community who aspired to become poets.

The speakers also read several of her poems in their talk including “The Mother,” “NEGRO HERO,” “Boy Breaking Glass,” and “To The Young Who Want To Die.”

Fernandes expressed her hope that the student body “will continue reading [Brooks’] work after this,” in order to fully understand the impact that her work had on 20th century literature.

This event was held in anticipation of Manual Cinema’s upcoming performance, “No Blue Memories: The Life of Gwendolyn Brooks,” which will be held at the Williams Center for the Arts tomorrow.

The performance will focus on a portrayal of the life of Brooks and the significance of her work through the usage of simple technologies including overhead projectors, paper puppetry, actors, multi-channel sound design, live-feed cameras, and a live music ensemble.

Manual Cinema is an Emmy Award winning performance, design, and film production company that “transforms the experience of attending the cinema and imbues it with liveness, ingenuity, and theatricality,” according to their website.