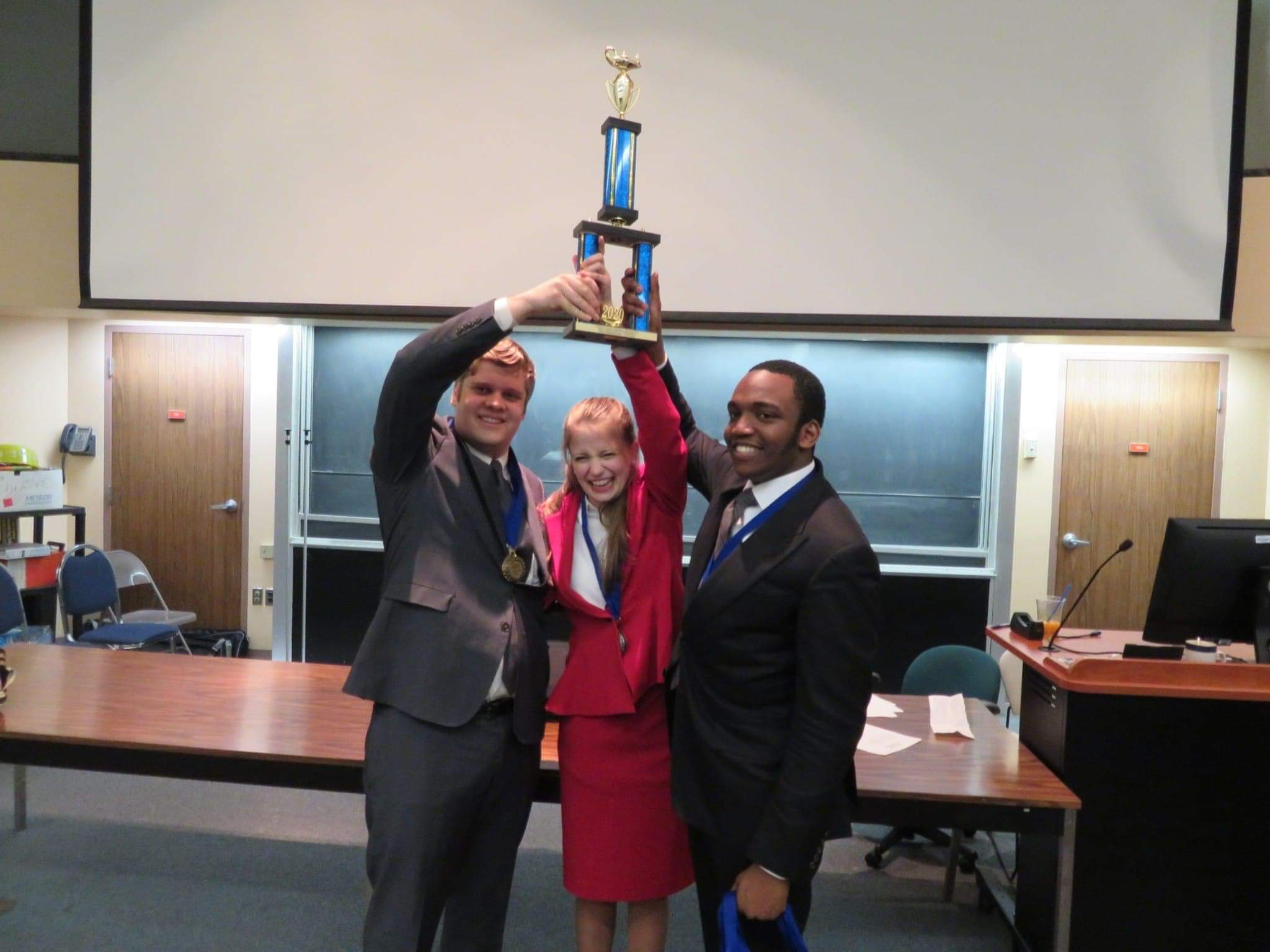 The Lafayette Forensics (Speech and Debate team) earned themselves another award this past weekend, winning the Pennsylvania State Championship for the third time in the team’s history and for the second year in a row.

“They started doing work on performances and so forth back in the summer when school wasn’t even happening,” Placke said. “Because they were able to take the time and really think things through and do that extra work, they were able to come in at the beginning of the year and do very, very well, and that has enabled them to be more than a leg up on the competition for the rest of the school year.”

Kamen noted the uniqueness of the organization’s position.

“We’re very much connected with our alumni, and we always hear about [their] stories from 2008, 2009, and 2010,” Kamen said. “That was the peak in the height of [their] success and that’s kind of what our team considers the golden age. We’ve had successes in between then and now, but to feel like right now we’re almost having a renaissance of this golden age is just super exciting to see.”

Last year Malami and Charles represented both of Pennsylvania’s slots for the Interstate Oratorical Association (IOA) tournament, North America’s longest-running public speaking competition, and got published in the Library of Congress.

“Apart from the talent, [the team] just has hard work and passion for the activity,” Malami said. “Lafayette deserves this team…this kind of success that it’s getting.”

Charles also said she was excited about the opportunity to better her speeches and thinks “we’re going to have great success at nationals.”

This year, Kamen and Mwaamba will travel to Oklahoma City to compete in the IOA tournament. Mwaamba said she is “really looking forward to the opportunity to represent our state at nationals.”

The team will be traveling to various national tournaments throughout March and April, with hopes of winning the Northern Tier Debate Conference for the second year in a row.

“I can’t tell you the amount of work and dedication that they put into this team both for individual and group success,” Kamen said. “I’m very optimistic about what the future has ahead for our team.”