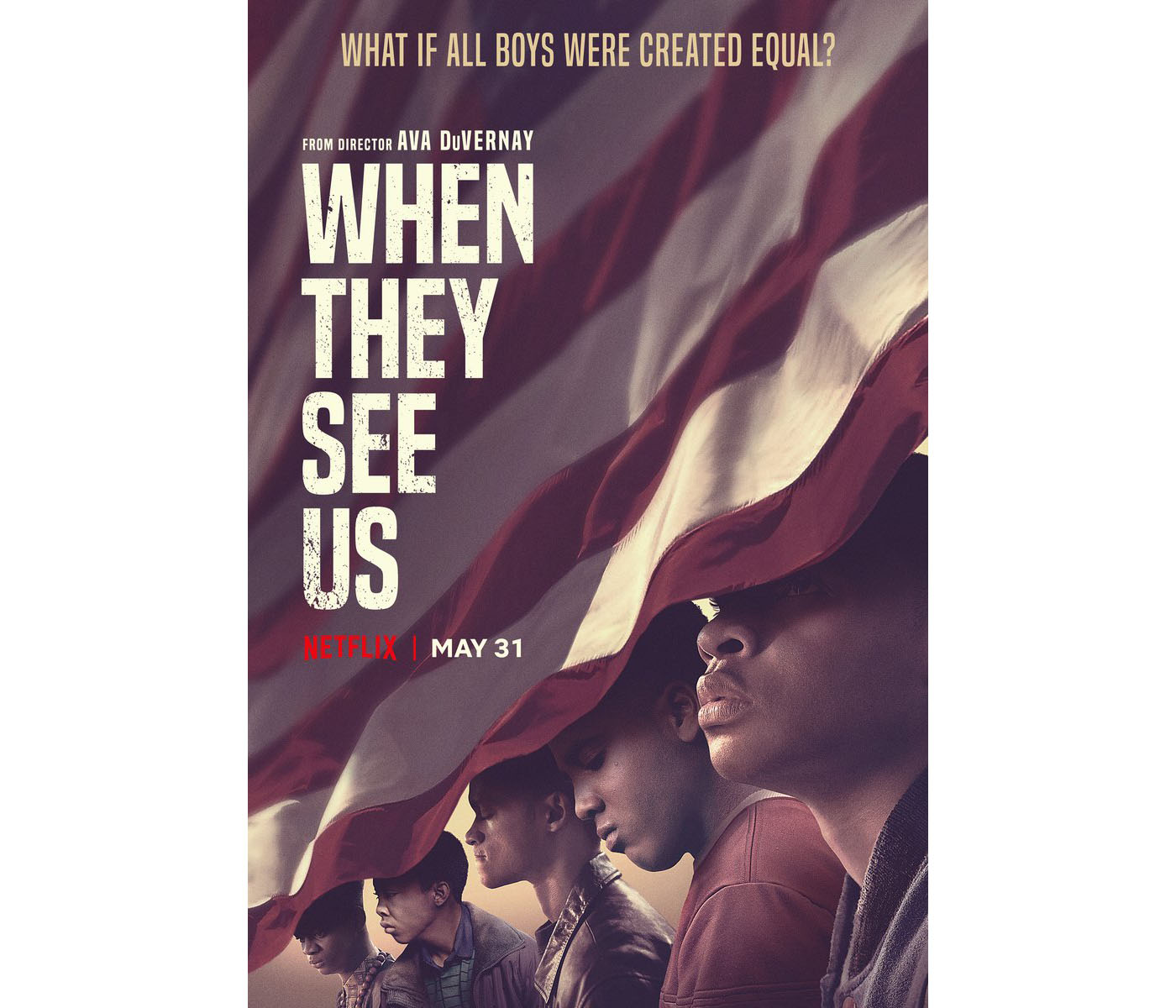 ‘When They See Us’ is an emotionally charged retelling of an infamous and tragic 1989 New York case. (Photo courtesy of IMDB)

I had heard the whispers among my friends and scrolled through the internet threads about a story hitting the world in shock waves, titled “When They See Us” – a Netflix series.

“When They See Us,” created by director Ava DuVernay, depicts the story of the Exonerated Five, formerly known as the Central Park Five.

It is a story that rests in the minds of many black and brown people today that conveys fears of: What if that happens to my family, my children? What if that happens to me? It is a story that has kept me awake at night and has kept me away from the show for so long. The show was released May 31, 2019, and yet it took me until this last week to start watching.

However, when I heard that Yusef Salaam, one of the boys this story is centered on, was coming to Lafayette to speak, I knew the universe was telling me it is time to watch the show.

I prepared myself, holding my breath to cool my anxiety, and clicked play on the computer screen, both aware and unaware of the emotional journey ahead.

In 1989, Kevin Richardson, Raymond Santana, Salaam, Antron McCray, and Korey Wise, all 14-16 years old, four black and one Afro-Latino, were accused of a horrifically brutal rape and assault on a young woman named Trisha Meili.

Subsequently released details of the case describe how the young five boys were interrogated for hours without food or drink and, initially, without parental supervision.

Richardson, Santana, Salaam, and McCray served sentences at juvenile detention centers until their release after over six years, while Korey Wise, tried as an adult at 16, served 12 years with his initial time being served at the infamous New York prison, Rikers Island Prison Complex.

In 2002, an inmate, Matias Reyes, gave an extraordinarily detailed confession of the crime and offered DNA samples which matched DNA collected from the site.

On December 19, 2002, the boys that were now men, were exonerated of their crimes and Korey Wise was finally released from prison.

The four-part film gives a detailed account of the story and takes us through the timeline. However, it is those detailed accounts that send tears streaming down your face and make your mind continuously wonder how this was allowed to occur.

In a follow-up, hour-long Netflix interview with Oprah Winfrey, “When They See Us Now,” Richardson describes the show as “bittersweet” because “watching this is painful, but it’s necessary”.

Those words echo in my head because the show is, in fact, bittersweet. I found myself unable to control my emotions, having to pause the show to reconnect. I took breaks with long phone calls to help navigate what I was going through while watching the story unfold.

It is the fourth part of the series that I found the most difficult to watch, as it follows the torment Korey Wise endured for 12 years. In this part, the show highlights the mental and physical torture of prison and left me covering my eyes in distress.

However, no matter how much I wanted to fully walk away from the show and say enough is enough, I didn’t, because stories like these are necessary.

DuVernay reframed how we understood these men as criminals and gave us a look into the reality of the prison and justice systems. Using the carefully rendered and beautiful cinematography by Bradford Young, viewers are placed in the seats of the men who were raised within a system. The film successfully harbors conversations and questions and inspires empathy.

Its placement on Netflix was calculated, as the world showed up to watch and to listen.

If “When They See Us” has been on your watchlist, I encourage you to take that step to watch it, to bring forth your experience and your heart, and to also listen and be open-minded.

However, among all of the shows I have reviewed from Netflix, this is a show that requires consistent pausing and mental checks.

Take a break, call or hug a friend, go to the counseling center – whatever you need in order to take care of yourself.

“When They See Us” is a powerful show that has inspired movements of change, and it is a show that will move you and muster up familiar emotions.

As much as it is a humanizing and empathetic account of children wrongfully accused and raised in a system, it is beautifully crafted and one of Netflix’s most powerful series.