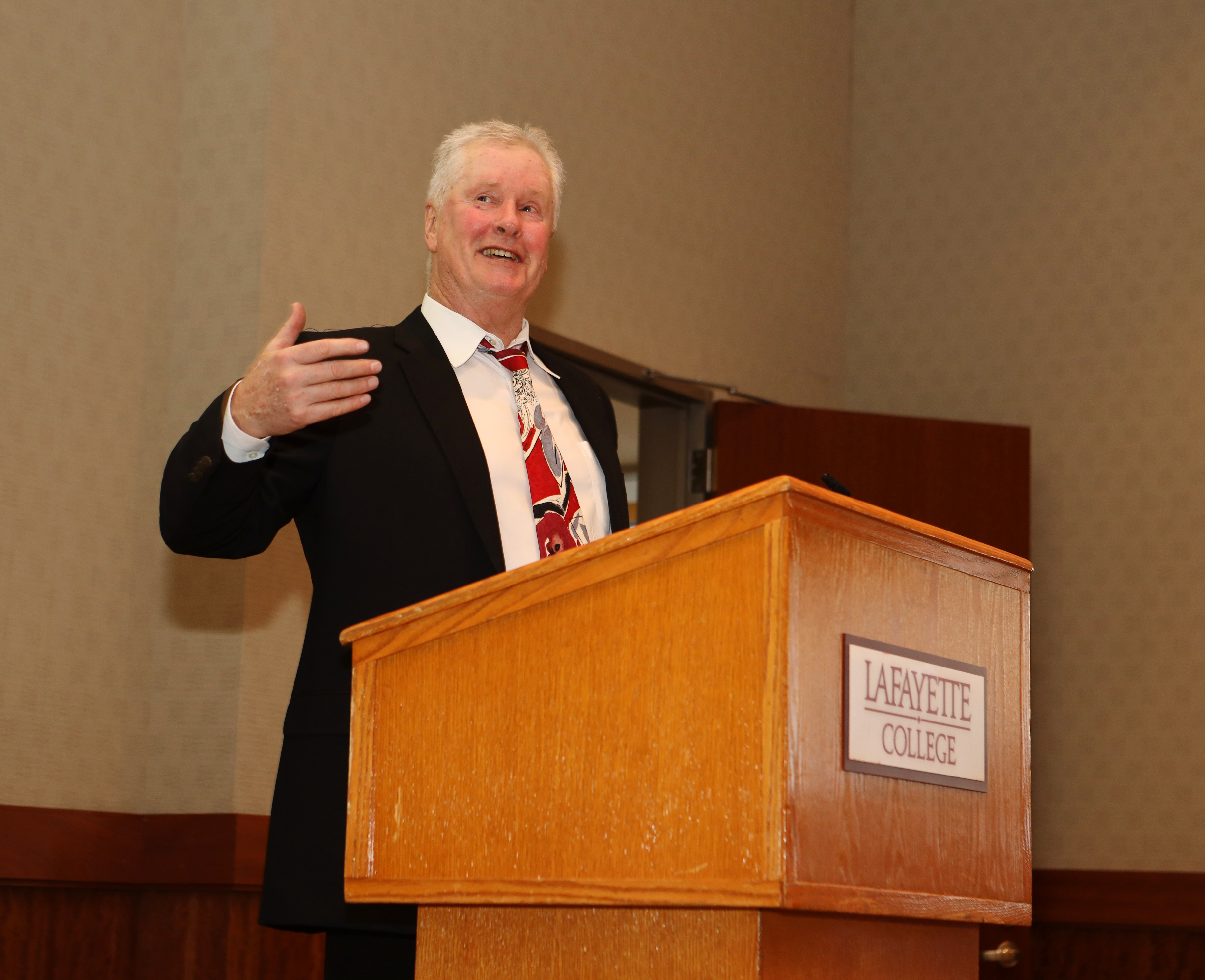 The Lafayette men’s basketball team lost two conference games last week, falling to both Lehigh and Army as their four-game winning streak came to an end.

The team’s record is now 15-9 overall with a 7-6 mark in Patriot League play, with five games remaining before the postseason.

Against Lehigh, the Leopards struggled to get into their usual form, only shooting a 22 percent from three point range and just 37 percent overall from the field.

“I think the excitement around the game got to us,” sophomore guard Jay Vaughan said. “So many fans and students came out to support us and Lehigh came out ready and fired up to play. I still think we’re the better team, we just had some difficulty hitting shots.”

The Leopard’s leading scorer this season, junior guard Justin Jaworski, struggled to get into a rhythm, finishing with nine points on 2-10 shooting from the field. Fellow junior guard E.J. Stephens led the team in scoring with 14 points, while senior forward Lukas Jarrett and freshman forward Leo O’Boyle contributed 11 points apiece.

“I think I performed okay in the Lehigh game,” Stephens said. “I should’ve been a little more aggressive in the first half being that we only had 21 points at halftime…but I think as a team we just didn’t shoot the ball well.”

Even with their shooting woes, the Leopards were able to keep the game interesting. After trailing by 10 at the half, the Leopards pulled within three at the halfway point of the second and gained a brief lead at the three-minute mark on a Jaworski three before Lehigh took control to put the game away.

Saturday’s game against Lehigh wasn’t all bad for the Leopards, however. After the game, an event for head coach Fran O’Hanlon, who is in his 25th year as Lafayette’s head coach, was underway. Coach O, as he’s known to players and those in the Lafayette community, has had a profound impact on players and the school for the past 25 years.  His hard work and dedication to Lafayette were celebrated in a post game ceremony held in the Pfenning Alumni Center.

The ceremony included speeches from Lafayette Sports Network (LSN) broadcaster Gary Laubach, and Athletic Director Sherryta Freeman. The ceremony included a seven-minute video of former players and coaches congratulating Coach O on his accomplishment and thanking him for all he’s done for Lafayette.

“Coach O has definitely impacted me as player, I’ve learned so much since I’ve been here at Lafayette,” Stephens said. “I feel I’ve gotten better as a player since I’ve been here, and I’m still continuing to learn each and everyday. Coach O has a great basketball mind, and I try to absorb some knowledge every chance I get.”

With the season reaching its peak and the players competing in some of the most important games, everyone has their eye on winning the Patriot League for Coach O.

“I think everyone on this team is a little more motivated to try to get another Patriot League championship for this program,” Stephens said. “It would be a great accomplishment, and it’s something we’ve been working towards since August. I think it would be really cool if we could do that on Coach O’s 25th year here at Lafayette.”

Against Army on Wednesday, the offensive woes continued as the Leopards shot a season-low 30 percent from the field. Jaworski had 13 points and a pair of steals, while senior guard Kyle Stout was the only other scorer in double figures for Lafayette with 11. Sophomore guard Ty Perry scored nine points and added three rebounds and a block.

“I think in order for us to get back on track we just need to continue to play as a team and lock in on the defensive end,” Stephens said. “I think we are really hard to beat when we do those two things. We need to focus and keep getting better for the remainder of the season.”

Lafayette returns to action tomorrow at Holy Cross at 2 p.m. The Leopards close out their season at home for three of their final four games, all which are Patriot League contests.