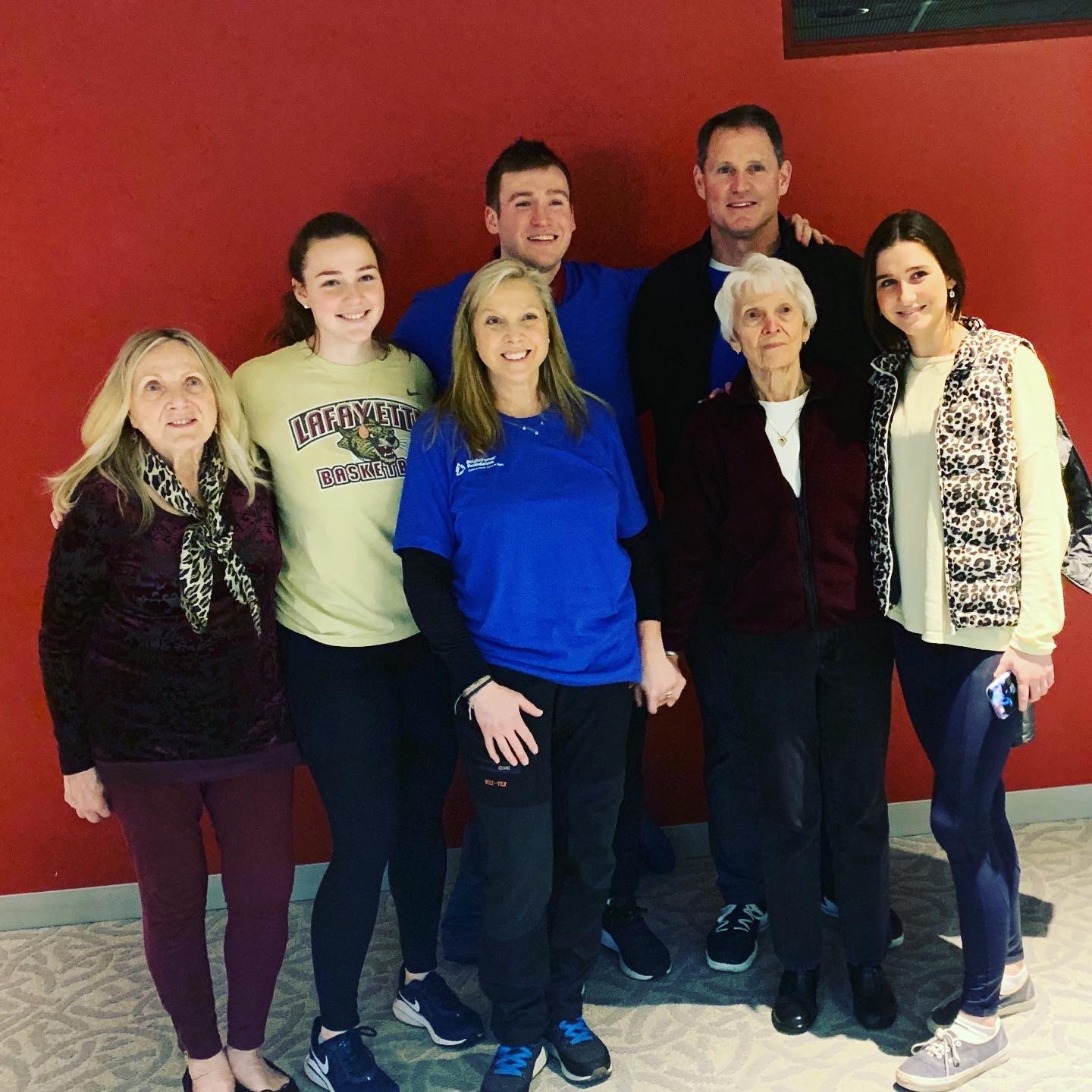 When senior Cal Reichwein’s grandfather passed away in October due to complications from Alzheimer’s, Cal knew he had to do something.

“Right after he passed, I honestly just woke up one morning, and I felt a responsibility to my family,” he said.

Cal got right to work. Using his platform as a member of Lafayette’s men’s basketball team, he spearheaded a fundraising campaign which culminated with an Alzheimer’s awareness game on February 1 for the men’s matchup with American. The game raised $1,560 and a fundraiser organized through Facebook raised an additional $3,082.

“Everyone contributed and made it a great event to remember,” Cal said. “It really meant a lot to me and my family to have all these people come out and support and contribute to the fundraiser.”

Cal initially reached out to BrightFocus, a non-profit organization which supports research to end Alzheimer’s disease, macular degeneration, and glaucoma, to help coordinate the event and fundraising.

BrightFocus and the men’s basketball media team created blue t-shirts for the pregame warmups, each displaying BrightFocus’ motto: “Cure in Mind. Cure in Sight.” In addition, a stand was set up to accept donations as well as distribute stress balls and brochures with information about the disease. Cal’s grandmother, Kiki Graham, even passed out homemade bookmarks.

“My grandma actually personally made about 100 Alzheimer’s themed bookmarks,” Cal said. “And she’s a nut job so she was selling the heck out of them.”

Cal noted that the prevalence of Alzheimer’s helped unite Lafayette community members in support of fundraising and attending the awareness game.

“It’s a very common disease, so a lot of my teammates and people in the community were also very affected,” he said. “It really sparked a lot of interest in the entire community and everyone was extremely supportive.”

Cal comes from a family of athletes. His mom, Susan Reichwein, played field hockey at Ursinus, his dad, Jim Reichwein, was an All-American football player at Kentucky, and Cal’s three younger siblings all compete at various levels of high school and college sports.

Cal’s late grandfather, Joe Reichwein, was no different. As a student-athlete at nearby Gettysburg College, he competed on both the football and basketball teams before spending the majority of his adult life as an official for both sports.

Joe served as a Division I college football official for 24 years, and was part of the crew for a handful of big games including the 1982 Peach Bowl, the 1988 Orange Bowl, and the Army/Navy games in 1980 and 1989, according to his obituary.

After his career as a referee, Joe worked as the play-clock operator for the Philadelphia Eagles’ home games, a role he passed down to his son, Jim, when he retired.

“[The job] has been passed down through sports in my family, and that all started with him,” Cal said. “Just something that his legacy lives on through.”

Even as he battled Alzheimer’s for several years before his passing, Cal remembers his grandfathers’ selflessness as his defining trait.

“Even towards the end of his life, and while the disease was taking over, you could still see that although he wouldn’t remember certain people and certain things, he was his kind soul and his energy was always positive,” Cal said. “He was always smiling, and it just kind of shows who he is.”

Although Cal will graduate from Lafayette in May, he has every intention of making the Alzheimer’s awareness game and fundraiser a yearly event to carry on the memory of his grandfather. He says the campaign even helped bring his family closer together after their loss.

“All of our extended family from out of town were able to come in to the game, [and] it was really cool to see everyone supporting a great cause,” Cal said. “I’m looking forward to doing it next year and just keeping it going.”