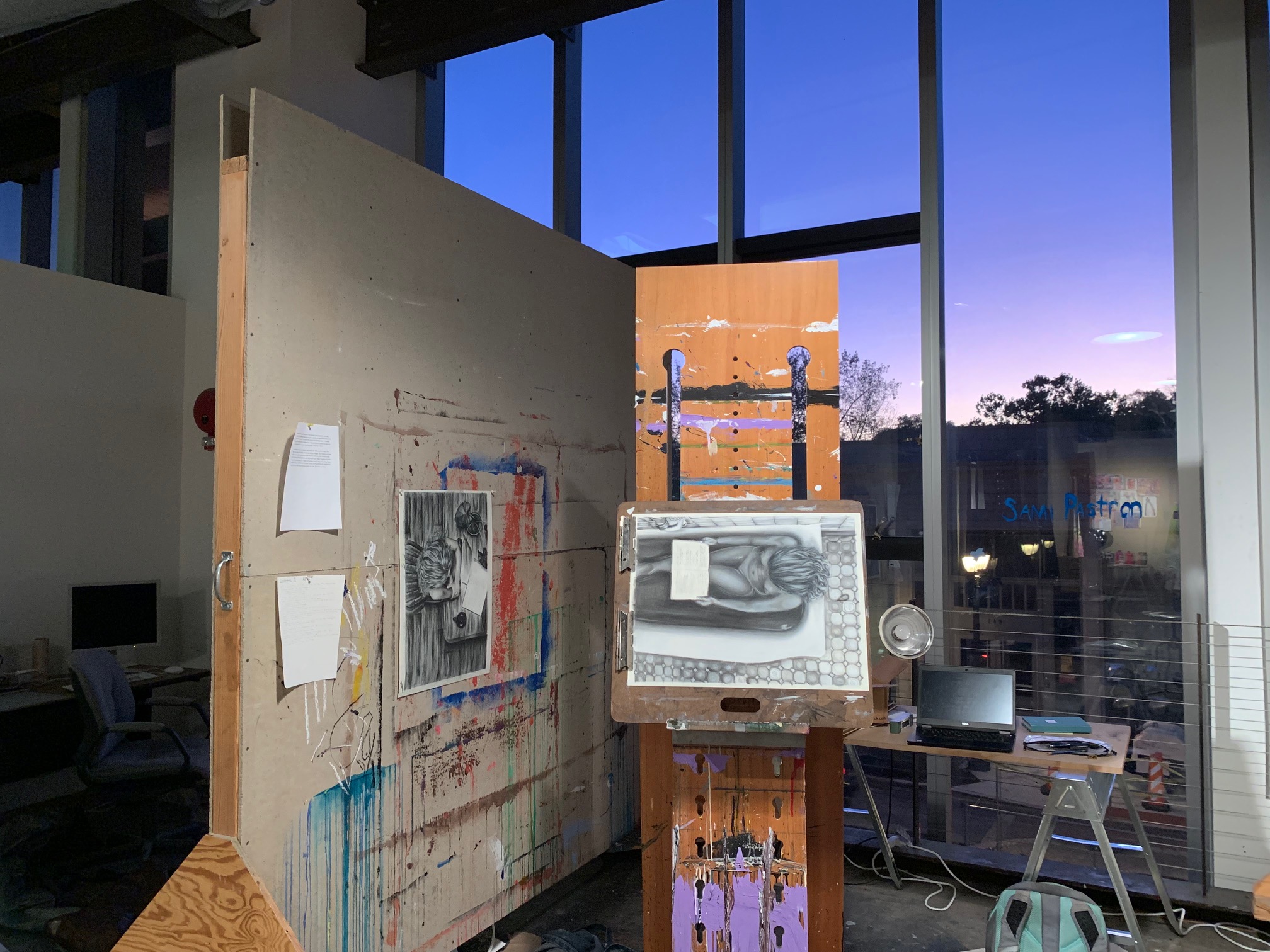 Mechanical engineering and studio art may seem like an unlikely pairing – but for Remziye Erdogan ’20, the duo is natural, and even beneficial.

Erdogan, a dual art and mechanical engineering major, has spent her time on campus developing her interest in both disciplines, allowing her to further hone in on her style and expand her knowledge as both an engineer and an artist.

Erdogan explained that she developed an interest in art from a young age.

“I liked art way before I liked engineering, like as a kid and stuff. When I was little I always wanted to be an illustrator for children’s books, I wanted to draw pictures,” Erdogan said. “So, I’ve always loved drawing and making cartoons, and really like graphic art.”

Her interest in engineering came later, through the development of a fondness for math in high school, which she described as “a pretty typical story.”

Her contrasting interests had profound effects on her college decision.

“That is why I kind of ended up at Lafayette, because I had the opportunity to do this dual degree program,” Erdogan said. “So many people have asked me ‘Well why would you go to such a small school to be an engineer?’, and I say ‘Well I couldn’t major in studio art also if I went somewhere else.'”

Erdogan’s art on campus has mostly aligned with her familiar illustrative style.

“I do a lot of charcoal drawings, a lot of graphite and pencil drawings…very visual, very graphic, a lot of figures and people.”

These interests culminated in her capstone project which was on display at the end of last semester. She described her project as being very personal.

“The project was almost like a look into my own psyche almost. Using these oil sticks, I did some pieces that were a little more photorealistic, and very painterly and well put together, and some other self portraits that I did that were just very fast and had more of that graphite quality…so it was kind of like different aspects of one’s own mentality,” Erdogan said.

Erdogan acknowledged the challenges of balancing two time-consuming majors, but to her, the ability to simultaneously pursue both of her interests has outweighed any obstacles.

Apart from offering mental clarity, Erdogan’s dual degree gives her a unique insight into the intersection of the two fields.

“They’re both really creative, they both involve design and problem-solving and innovating new things, and they are both rapidly growing and changing fields. So I feel like being an artist helps me be an engineer and being an engineer helps me be an artist,” Erdogan said.

As she finishes her last semester on campus, Erdogan is experimenting with media outside of illustrations and concluding her art history curriculum.

Although she will be going into a biomedical PhD program following graduation, her future of melding engineering and art may have only just begun.

“I was talking to this professor and he was like, ‘Well you know people pay thousands of dollars to have cover art done on like these publication magazines in the research world. So, if you wanted to be really graphic, draw for these magazines.’”

Whatever the future holds, Erdogan has elegantly combined traditionally opposing majors, proving that the two are not mutually exclusive but rather complementary of each other.