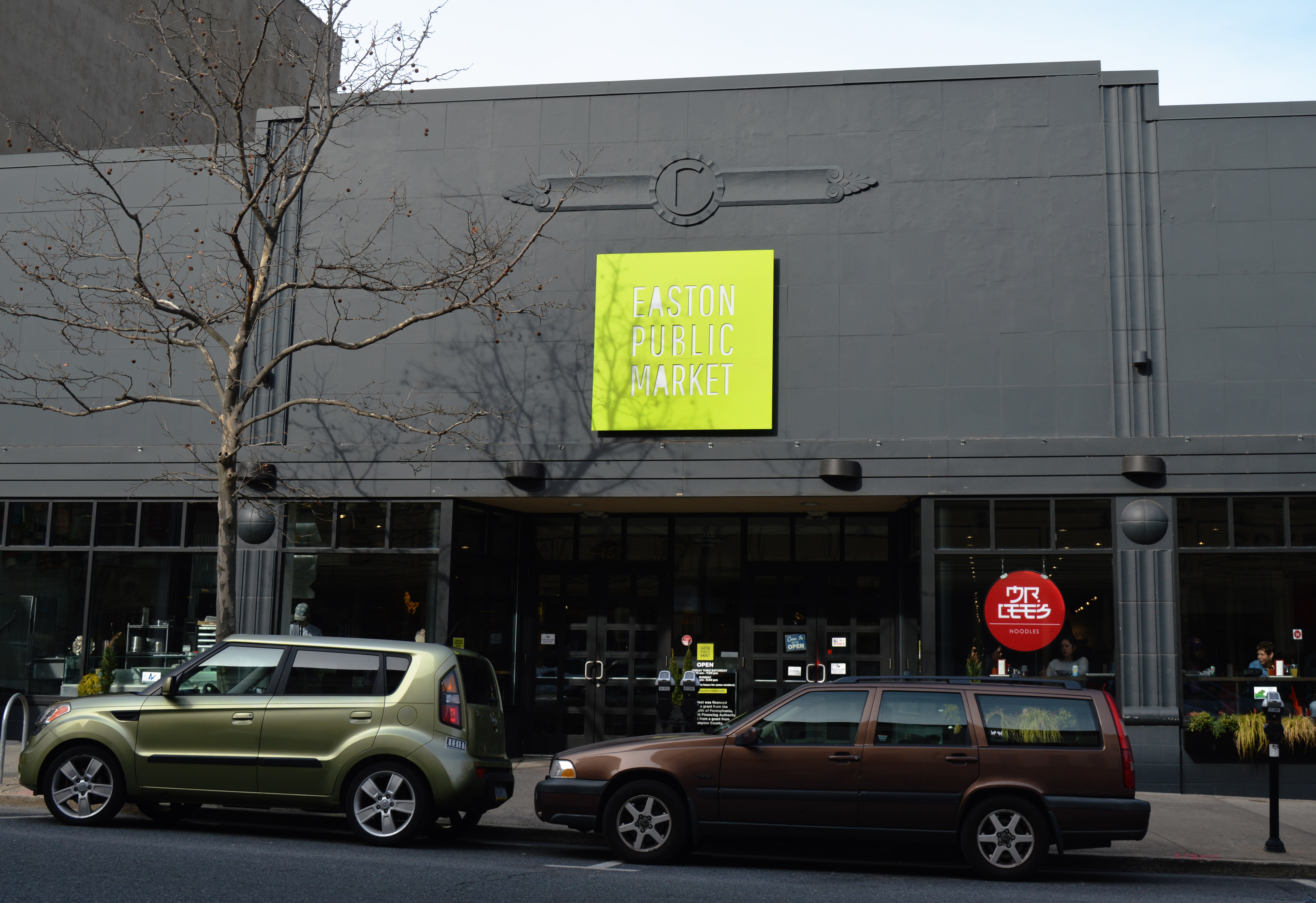 The Easton Public Market is a project of the Greater Easton Development Program. (Photo by Deniz Ozbay ’22)

The Easton Public Market is known as a trendy and vibrant spot to grab a bite to eat downtown, take a cooking class and buy farm-fresh produce. However, the market’s contributions to the community have extended far beyond its doors on Northampton Street.

The market opened in April 2016 as a project of the Greater Easton Development Program (GEDP), a non-profit organization that aims to improve the economic and cultural welfare of Easton through a variety of initiatives.

With around 15 vendors at any given time, the market features a variety of food options, both restaurants and grocery-style shops. Customers can enjoy Texas-style barbecue from More Than Q Barbecue, fresh Mexican cuisine from Taylor Taco Shop, or unique concoctions of ramen from Mister Lee’s Noodles. There is also a bookstore, a winery, and a gift shop.

The market is also a place that fosters Easton’s artist scene and features live music by local performers every Friday from 6-8 p.m. During this time and other popular meal times, community members occupy much of the market, making it a busy and social place to be.

The public market’s sense of community is fueled, in part, by its underlying community values. As one of GEDP’s many programs, some of the profits from the market support other initiatives such as the Easton Main Street Initiative, the West Ward Community Initiative, and the Easton Ambassador Program. Other GEDP projects include the Easton Farmer’s Market and Bacon Fest, the nonprofit’s largest fundraiser of the year.

The programs work together in synergy, according to Easton market district director Megan McBride. Many of the vendors support the farmers who sell at the Farmer’s Market. Mr. Lee’s Noodles, for instance, buys mushrooms from the Farmer’s Market for their own product.

GEDP also runs the farm stand, located in the Public Market, which features locally grown produce in an effort to support local farmers.

“[GEDP] is not here to get rich off of the Public Market, we’re here to generate funds that we can use to support other neighborhoods in the city through programming,” McBride said.

McBride also explained that the market tries to keep the rent at a reasonable rate and welcomes first-time businesses.

“I think we do see [the market] as somewhat of a business incubator here, where you can come in and we will help you through the process,” McBride said.

Since its opening almost four years ago, the market has been consistently changing.

“I think that we try to really keep on top of the trends that are going on, of course, but also look for creative types in the industry…chefs that are innovative, owners that have a vision and are on top of what’s going on in the food world,” McBride said. “People are always looking for the next best thing.”

With last month’s closure of meat vendor Dundore & Heister, there is currently a vacancy in the front of the market. A new vendor has not yet been announced, but McBride explained that she and her team are looking for another butcher who also sells prepared food options to take home for an easy dinner.

Additionally, McBride expressed her hopes for more plant-based, vegan and vegetarian options as well as a daily featured salad in the farm stand.

In the long run, McBride said the market could possibly expand upstairs and include a mezzanine level in front of the market.

The market does receive some financial support from the city of Easton.

“The city is very supportive of what we do here, and because of that, we feel it’s important that we are providing what Easton wants,” McBride said.

McBride believes that the market has brought many positive benefits to the city, attracting other economic development projects to the town and promoting growth throughout the downtown by making people want to live or open stores there.