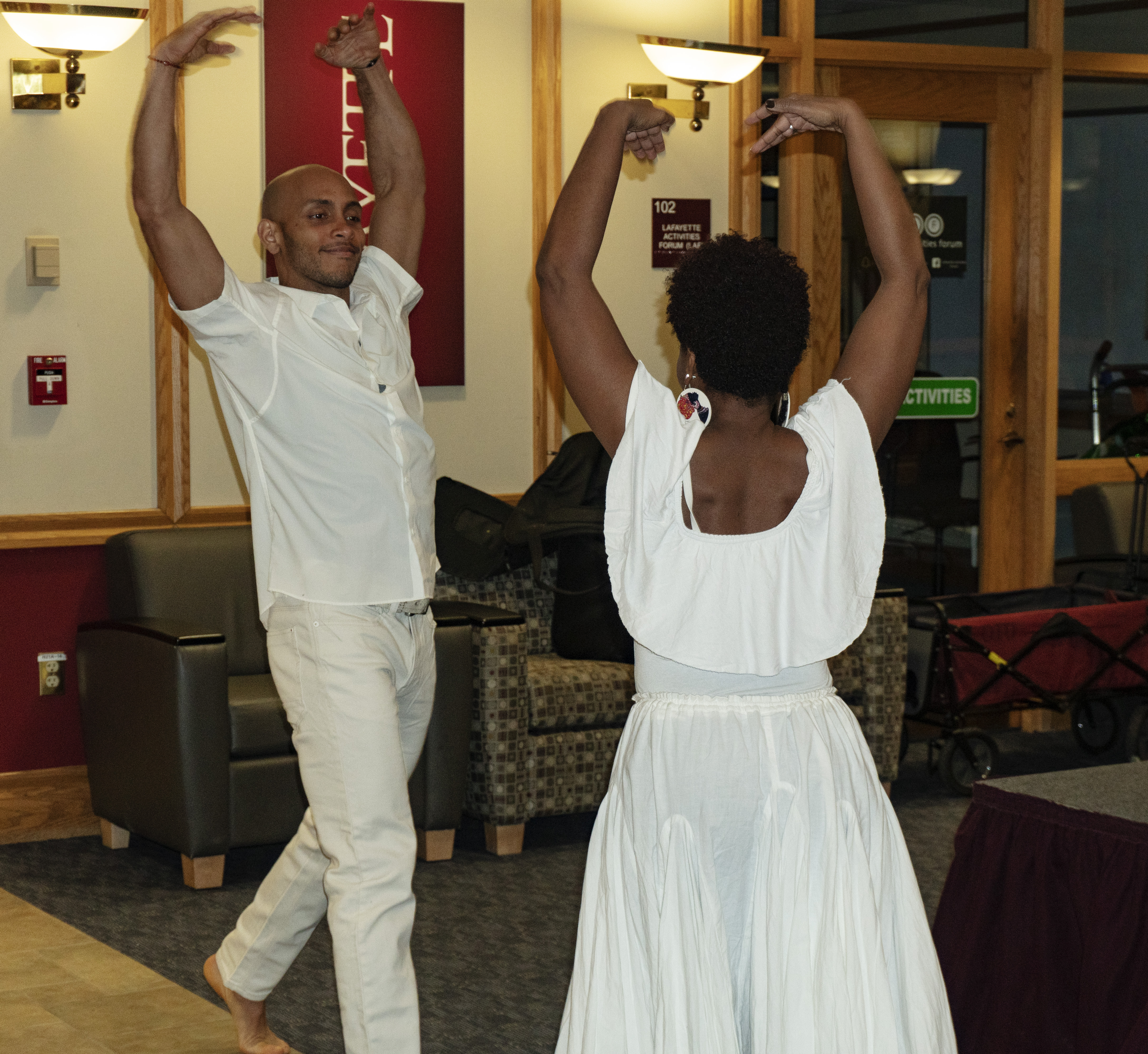 The college has been holding many events for Black Heritage Month including the Three Kings Day celebration on February 9. (Photo courtesy of Abiola Olofin ’22)

February is Black Heritage Month, a time designated to celebrate the African diaspora. This year, the theme for the college’s celebration is unapologetic.

The Office of Intercultural Development organized an array of events in collaboration with student leaders including a number of talks and a dance.

“This year’s events give other [non-Black] students the opportunity to see us, to acknowledge us,” said Grayce Walker ’22, historian on the board of the Association of Black Collegians. “Because to ignore what [People of Color] have done, is to ignore the creation of this country.”

Umamah Masum ’21, the president of the Muslim Student Association organized one of the first events of the month, a talk titled “As Black Muslim as Bean Pie: Food, Faith, and Nationhood in African American Islam,” which took place on Feb. 6.

“One of my big goals was intersectionality and just being able to have a more cohesive campus and recognizing how intersectional our experiences are” Masum said.

The event aimed to recognize Black Muslims in America and address their sense of belonging to the African diaspora.

“Muslims in the United States are pinned against Black Muslims, so it was about recognizing racism within our own community and how we separate ourselves from Americans because of the whole idea of the ‘immigrant Muslim,'” Masum said.

Jerri Norman ’21, a president of National Society of Black Engineers (NSBE), organized a series of lunchtime talks titled “Real Talk with NSBE” that will take place Feb. 14, 21, and 28. The goal of the talks is for Black engineering students to discuss their undergraduate years, the Fundamentals of Engineering (FE) exam, and life after college with other students and alumni.

Additionally, this Sunday, Dr. Yusef Salaam, one of the exonerated “Central Park Five” will speak at Colton Chapel at 7 p.m.

“[Dr. Yusef Salaam] is literally the definition of ‘unapologetic’. You have this man who went through something so messed up and seeing how the system treated him, him and the other four men like animals,” West said. “And for him to just rise above that and to tell his story to millions, to thousands of people…is literally unapologetic”.

Isaiah Osei-Gyening ‘22, the secretary of Brothers of Lafayette and the Office of Intercultural Development Research Assistant, also added that Salaam’s experience is “vital to understand how to live after being oppressed by the community and the government for so long.”

The month’s celebrations will conclude with a Black Heritage Month game night on February 21 and the “Unapologetic Dance” on February 22.

“I love Black Heritage Month because I love being Black every day but in this month, it is just little extra, so I think it’s really a celebration, it’s really just a fun time because not only we are acknowledging the struggle, we are also saying look at all those beautiful things that have come out of that. So I get to be extra Black, I get to be extra cool for twenty days out of the year,” Walker said.