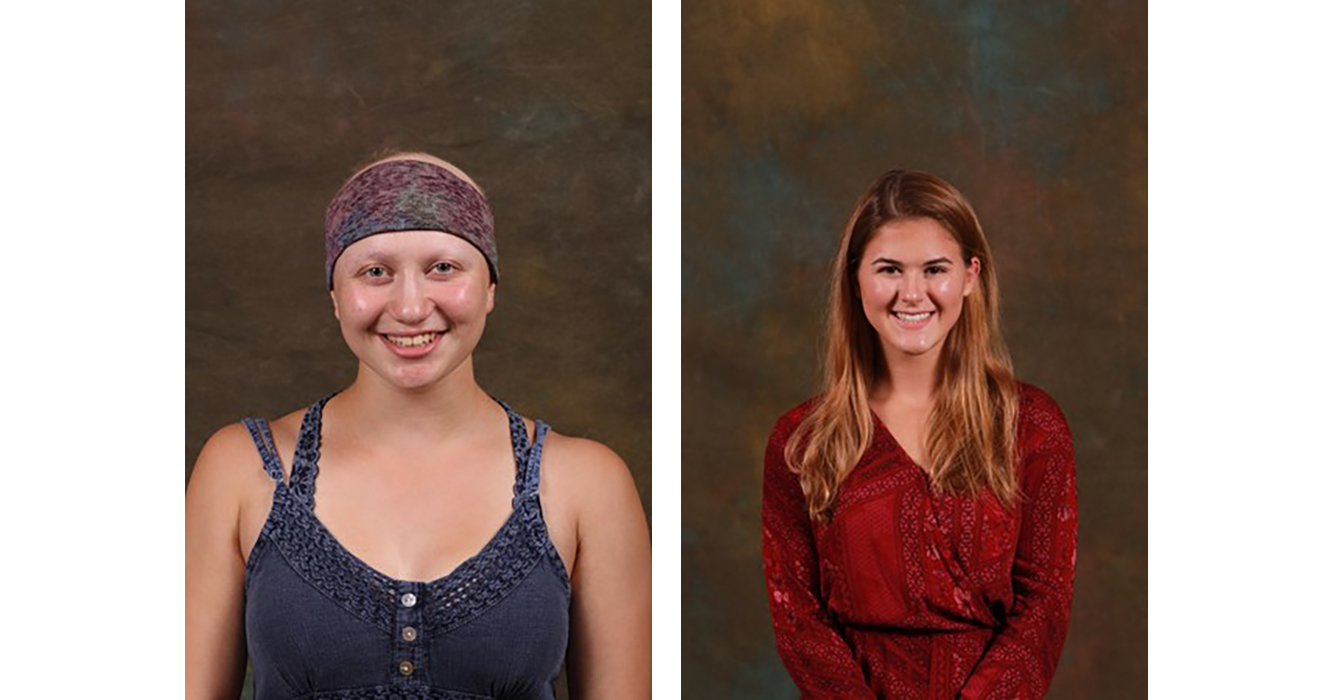 After facing months of rehab due to injury, pole vaulters Arielle Sclar ’22 and Lulu Knowles ’21 recently returned to the track and field team with the support of their teammates, coaching staff, and the sports medicine department.

“In the winter of my senior year of high school I was at a pole vault meet, and I landed poorly and tore my ACL and meniscus,” Sclar said. “I waited the full year to come back which is protocol for ACL surgery, and then there were complications, and I had a second surgery at the start of [the] fall [2019] semester.”

Sclar said that it was difficult getting back into pole vaulting after her knee injury since she was not able to do any cardio exercises during rehab. She described her recovery process as “long and intensive,” but noted the consistent support from her teammates.

“I’ve never felt disconnected from the team,” she said, despite being out for most of last season.

Knowles was injured at the end of her freshman year. Her injuries led her to switch from triple jump to pole vault.

“I shattered my kneecap when I was still a triple jumper,” she said. “I really wanted to be part of the team, and since I was a gymnast, my coach asked if I would pole vault. Sophomore year I had ulnar neuropathy, which I trained and competed through for a while, but then it got really dangerous and I had to get surgery.” Ulnar neuropathy, according to Medical News Today, affects the nerve the runs along the arm along the elbow and into the fingers on the outside of the hand.

Track and field head coach Michele Curcio witnessed their recovery and said that they “really embraced their rehab.”

“Sports medicine did a great job of making sure they were ready,” Curcio said. “Sometimes the student athlete gets ahead of themselves. As an athlete, you think you’re going to be able to do things quicker than the normal person.”

Both athletes added that not being able to physically participate on the team was challenging at times.

“Sometimes it’s really frustrating watching people do the sport you love when you cannot take part in it,” Knowles said. “I had contemplated just quitting, I had so many injuries. But sitting out made me realize how much I loved being part of a team and competing. Pole vault definitely gives me that thrill that I love and being out made me love the sport even more.”

“It’s not a great feeling watching everyone else be healthy and doing what you wish you could be doing,” Sclar added. “But it was easier for me when thinking of how exciting it would be to be back.”

While Knowles suffered her injury in a different field event, returning to the same exercise that initially caused the injury, as was the case with Sclar, presented an additional obstacle to their recovery.

“The hardest thing is to come back [and] to do that thing that made you hurt,” Curcio said. “You have to bring them back slowly and break that mental barrier.”

The support and positive energy of their teammates played a big role in their recovery and mental toughness.

“Every team member here appreciates each other and being on the team, and a lot of them have gone through the same things, so I think that type of support before and after [an injury] is important,” Curcio said.

“People don’t recognize how many things go on to make the whole track team be functional and do well,” Sclar said. “Everyone’s coming from a very different place to make a common goal as a team unit.”

“I love our team dynamic, especially this year because we have some freshman who joined and brought great positive energy,” Knowles added. “Everyone has a different major and a different story, you just get to talk to so many different people.”

Knowles, Sclar and the rest of the track and field team return to action today at the University of Albany winter classic in Staten Island, N.Y.