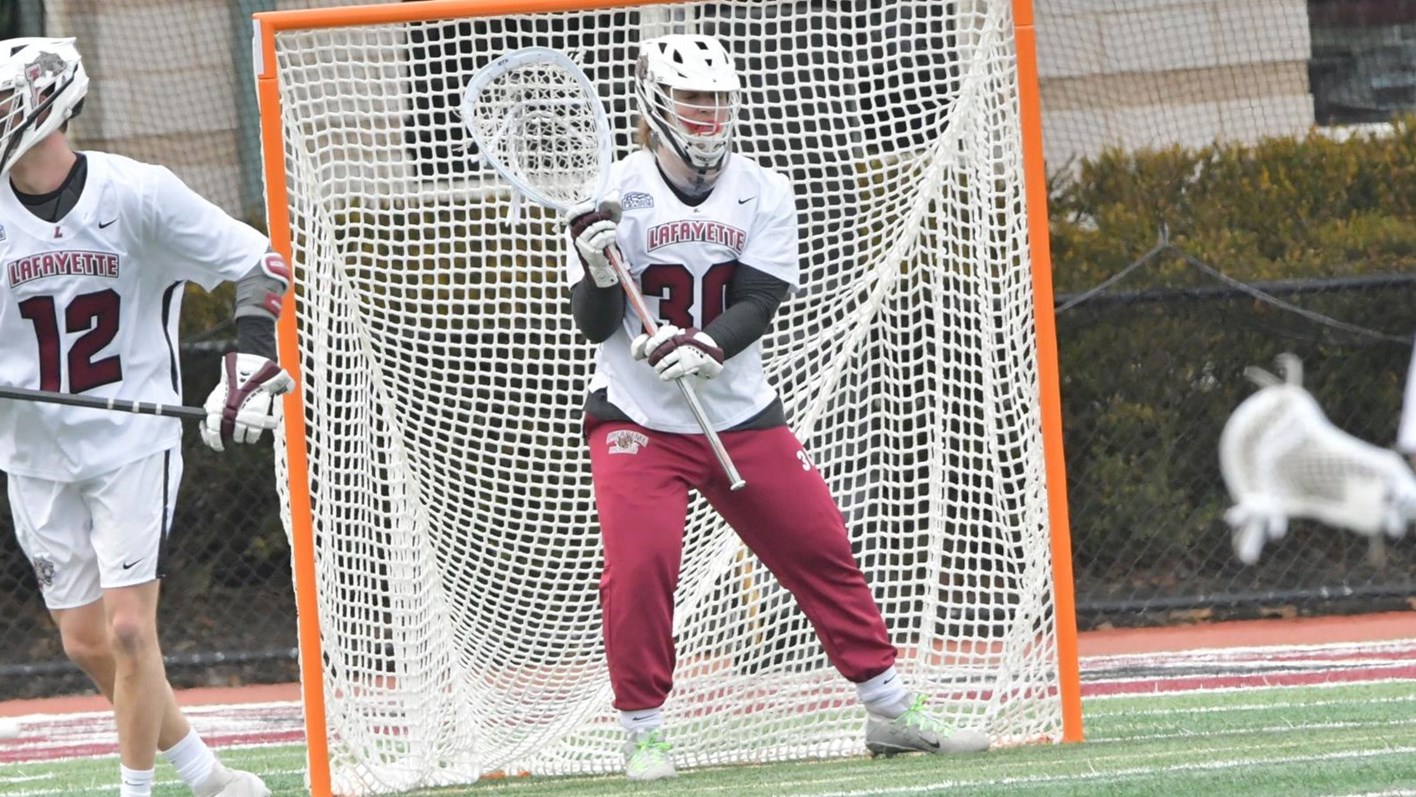 A young Leopards squad starts off the season holding its own against the nation’s top-ranked team. (Photo courtesy of Athletic Communications)

The Lafayette men’s lacrosse team opened their 2020 season with a 16-9 loss to Penn State last weekend, but played a competitive game against the number one team in the country.

“The guys competed and they got better,” head coach Pat Myers said. “For the amount of youth that is out on the field, to visit Penn State for your opening game, it can be overwhelming. But our sideline energy was amazing, and the guys were being really positive with each other.”

Six Leopards scored in the game, including three players who notched their first collegiate goals.

“I was really proud of how they competed and played,” Myers said. “Our goal going into the game was to improve from the Ohio State Scrimmage and to focus on ourselves. As a team we are focused on self improvement in every phase of the game.”

In the first quarter, Lafayette opened up the scoring with a goal by Jessen in the opening two minutes, with the assist credited to freshman midfielder Brian Collins. Penn State went on to score three straight goals to take a 3-1 lead into the second quarter.

The Leopards struggled to shut down Penn State’s high-powered offense in the second quarter, as the Nittany Lions extended their lead to 8-1. In the last five minutes of the half, Dutton found the back of the net to cut into Penn State’s lead. The Leopards trailed 8-2 at the half.

“[My message to the team was to] win the next five minutes,” Meyers said. “As a team, we talk about taking each quarter five minutes at a time, and not playing the scoreboard.”

“We knew Penn State was a really talented team and that they can score, so no matter what the score is our focus needs to be winning the small things,” he added. “From that, I thought our guys did a really nice job of doing just that, and not looking past that five minute window.”

Coming out of the break, Penn State was able to score once before the Leopards added two goals, one by Dutton and one by McCauley, to keep the game within five with about 10 minutes remaining in the quarter.

“Looking back on my goals, it’s really cool that they came against the [number one] team in the country,” McCauley wrote in an email. “That’s not something many people can say, so it feels special.”

The Nittany Lions responded with six straight goals to extend the lead to 15-4 going into the fourth quarter.

The Leopards scored six of the seven goals in the final quarter, but came up short in the 16-9 loss. Duncan, Jessen and McCauley all scored in the fourth quarter, while Robbins added two goals.

With 23 new players joining this past fall, just over half the team is competing in their first collegiate lacrosse season.

“The class is larger than usual but our goal was to recruit young men who have a competitive fire and who align with our values of hard work, toughness and brotherhood,” Myers said. “We went out and found the guys that wanted to help build something together.”

McCauley said that the freshman have relied on their upperclassmen leaders to help them transition to life as a student-athlete at Lafayette.

“The upperclassmen, our seniors especially have been incredibly selfless and supportive, they give great leadership daily,” McCauley wrote. “As a group we are changing the culture, and that starts with the senior leadership and ends with our large freshmen class.”

Furthermore, the coaching staff has enabled the freshmen to work with the upperclassmen to help shape the future of the program.

“We’ve developed a leadership council, with guys from every grade who discuss our culture and who we want to be as a program,” said Meyers. “We’re focusing on developing leaders, truly servant leaders, and building champions. We want open and honest conversations.”

“This is a foundational class that we are going to build on in the future,” he added. “These guys have raised the bar for who we want to be as a program.”

Lafayette hosts 16th-ranked Georgetown this Saturday for a noon showdown.