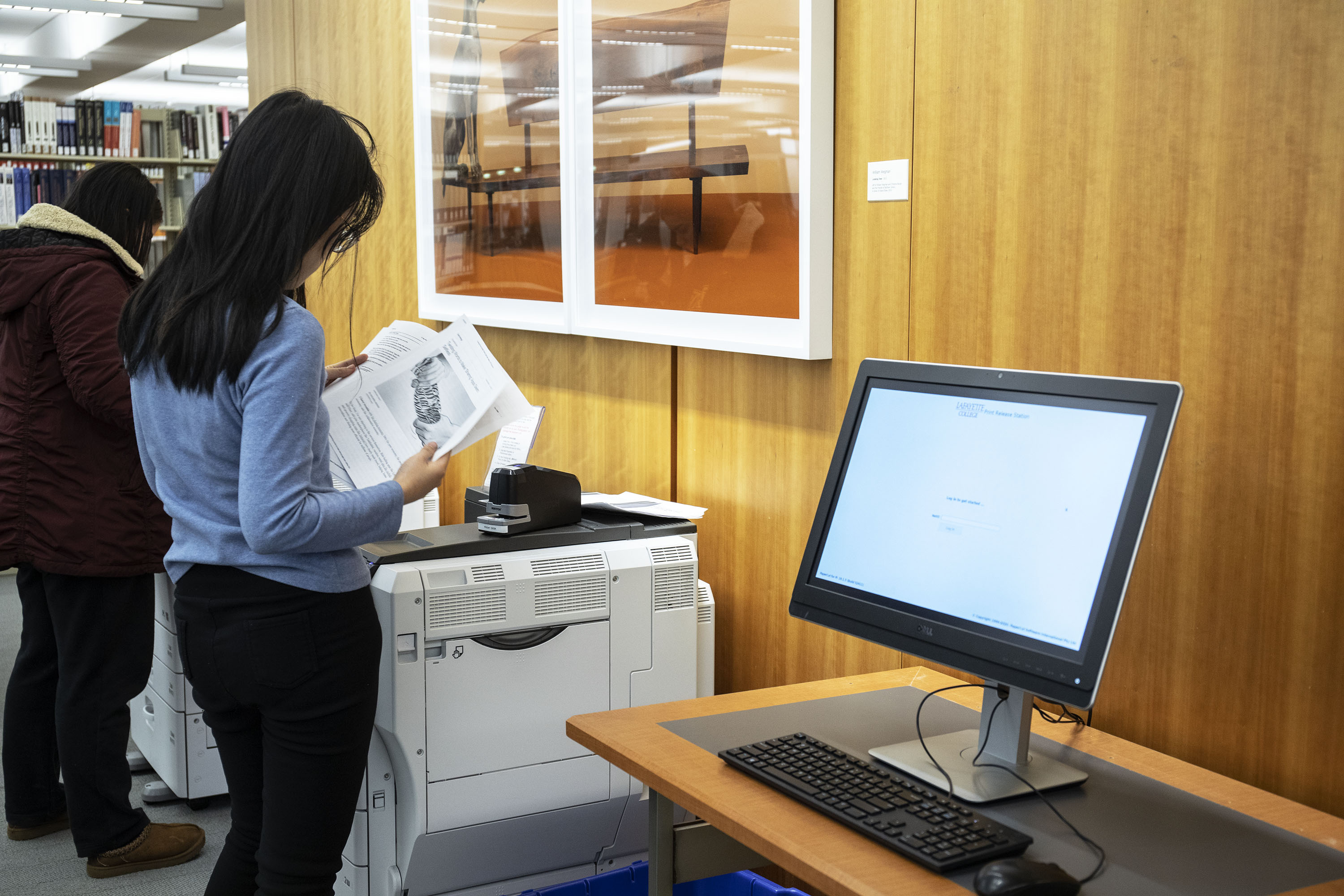 Library staff and IT services collaborated to bring the new printing system to Skillman Library. (Photo by Elle Cox ’21)

With changes to the college’s printing setup over the break, students can now print directly from their personal computers in the Skillman Library. In addition to improving ease of access for students, the new system was added in an effort to improve sustainability in the library and increase the efficiency of printing jobs.

For students, the main attraction of the new systems is that they are now able to print from their personal devices. To submit a job, students can go to the Lafayette printing website and hit “Web Print” to submit the job to the first-floor printers.

The changes were a joint effort between the Library staff and IT Services. Kylie Bailin, Director of Outreach and Access Services, and John O’Keefe, Vice President and Chief Information Officer of ITS, were both instrumental in organizing the execution of the new printing systems.

“Our primary motivation was to reduce paper build up at the printers and also make it easier for students to print. We wanted to make sure that it was easy and simple enough for students to be able to use without creating too much of a hurdle,” said Bailin.

Bailin said that so far, she has received positive feedback from students regarding the new services.

“So often I have had to rush into the library to print something, and it’s a huge hassle having to log into a computer and everything,” Greta Kullby ’21 said. “Being able to print from my laptop makes it a lot faster and also helps me make sure that I don’t accidentally print something more than once.”

O’Keefe said that the school has also considered the possibility of adding these stations to other buildings on campus. For now, the library will continue acting as a trial run for the new printing setup.

“We have discussed adding release stations in other ITS managed labs on campus, but wanted to wait to see how the library implementation worked first,” O’Keefe said.