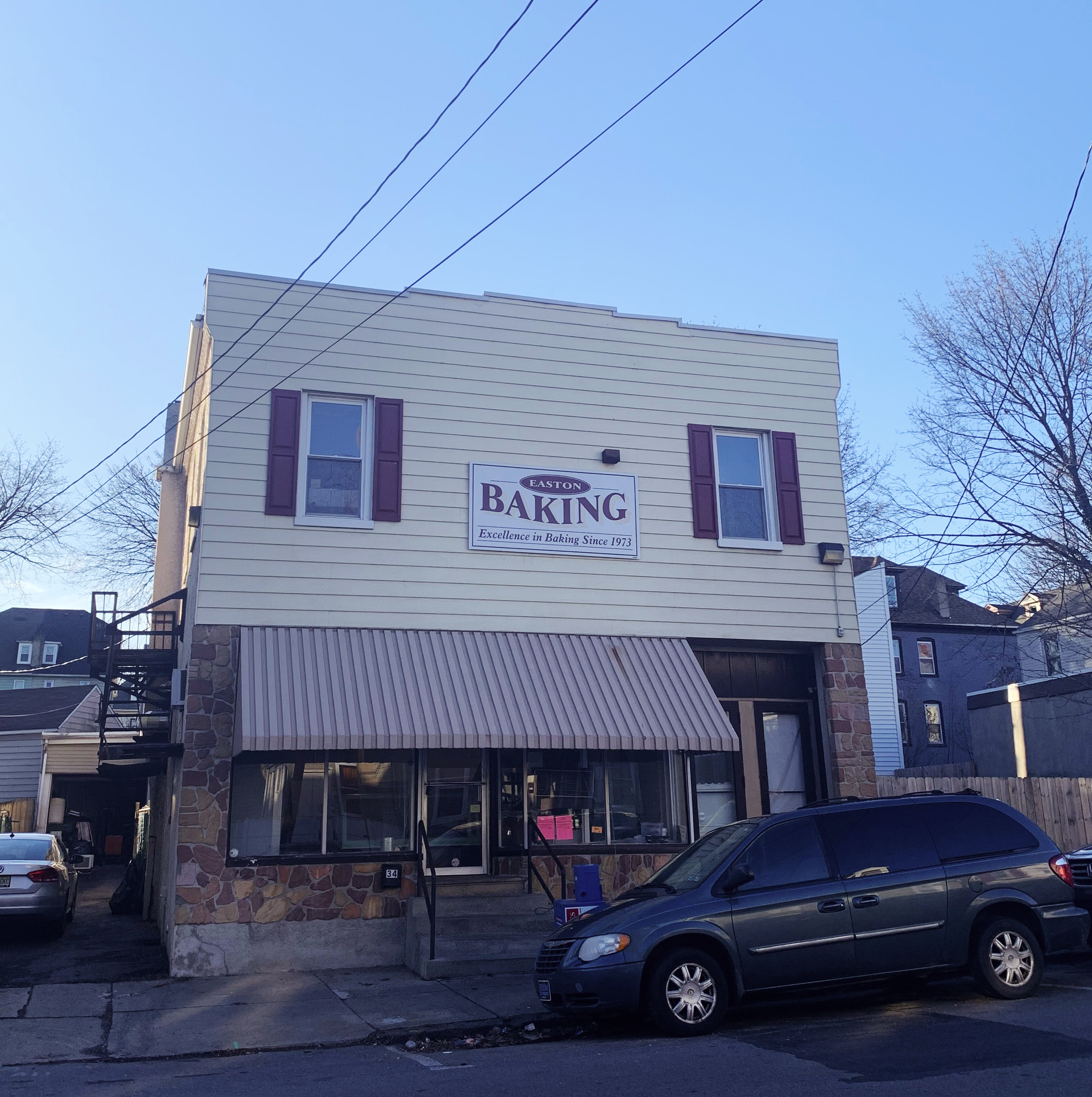 The Easton Baking Company, while under new ownership, will feature several of the original recipes. (Photo Courtesy of Danielle Mullan ’22)

The Easton Baking Company, best known for its homemade tomato pies and donuts is reopening in the West Ward this month.

The bakery, just a fifteen minute walk from campus, closed at the end of 2018, when the Mosellie family, who had been running the bakery since its opening in 1973, left to deal with a family matter.

Last fall, Christine DeFrancesco-Butrym and her husband Eric Butrym announced that they would be continuing the deeply rooted traditions of the bakery, much to the delight of its many customers.

The couple will use the recipes that were passed down to them from the Mosellie family in order to maintain the same level of quality the bakery has always had.

“Our strategy here is going to be to do what the Mosellies were doing because we know that they were good products and doing a good business, and we want to maintain that,” Butrym said.

There will, however, be some minor changes with the new ownership. The bakery used to be a cash-only business, but it will now accept cards.

Additionally, Butrym said he will be experimenting with some additions to the menu including coffee.

Expecting high demand and an abundance of attention, Butrym’s main goal is to successfully recreate the town’s previous relationship with the bakery.

“My challenge now is to live up to that expectation [of how the bakery ran before], and it’s not going to be easy, especially because we haven’t been able to open yet,” Butrym said.

Originally Butrym had planned to open in January, but the opening date has now been pushed back to mid-February.

“Everybody is just dying to get back in here,” Butrym said.

Butrym continuously updates eager costumers on the bakery’s online blog. The comment section of his posts are filled with people sharing their excitement about the reopening and their personal anecdotes about the bakery.

Responses like these have been Butrym’s favorite part of the journey so far.

“I am blown away, I have no words for how really gratifying it is to have people stop you on the street and say, ‘Wow this is such a great thing, I am so happy that you are doing this,'” Butrym said.

“It’s local, we are part of a real community here. This is not just a suburb somewhere where people get into their SUVs and drive out to the mall and get their stuff and come back, it is just very real to me,” he added.

President Alison Byerly said she too is anticipating the reopening of the beloved bakery, calling it a “wonderful addition” to Easton.

“Everybody missed the closing of the Easton Baking Company and are excited that it is opening again,” she said.

And as for Butrym’s recommendation? He recommends the classic tomato pie, or, if you have a sweet tooth, the cinnamon rolls with a chocolate glaze.