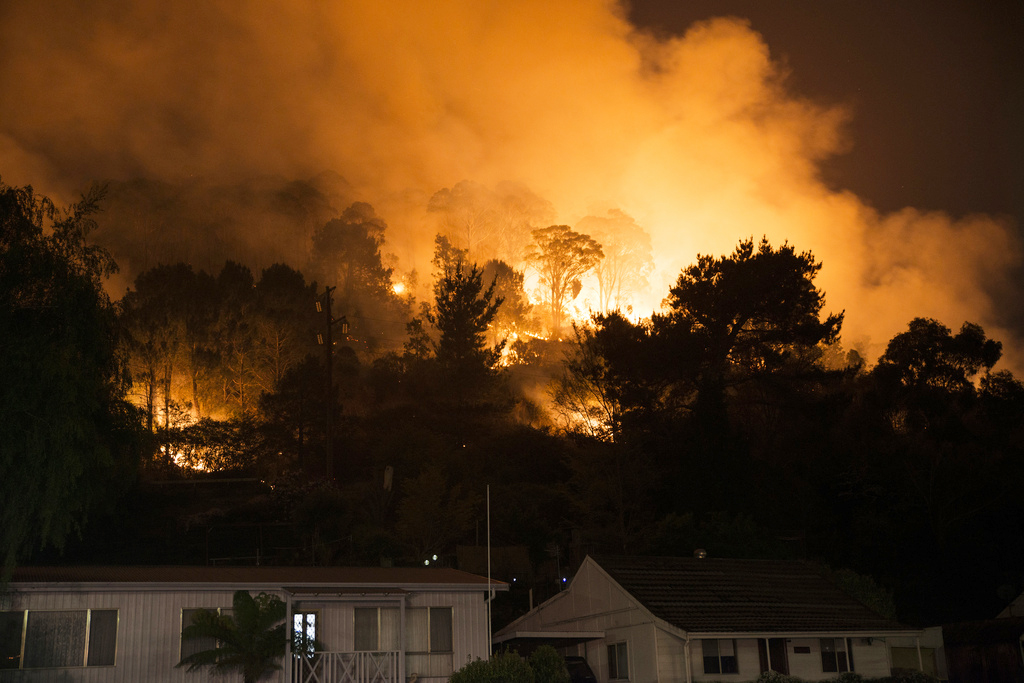 The bushfires in Australia have affected millions and burned more than 24 million acres. (Photo courtesy of Wikimedia Commons)

While the Australian bushfires may seem far from home, their effects have reached members of both the Lafayette and Easton communities.

The bushfires have burned through over 24 million acres of land and thousands of homes, with New South Wales and Victoria being the worst affected areas in the country. They have killed at least 29 people as well as over one billion animals and caused long-term damage to fragile ecosystems that exist only in Australia, according to multiple news sources.

Q Simon ’22 is currently studying abroad in Sydney. She explained that all Australian residents have been affected somehow, and the air is terrible because the fumes from the fires have contaminated it, so it is necessary to check the air on a daily basis before going outside.

Myles Cherry ’20, while currently on campus, is from Australia and said he knows many people affected by the fires.

“I was fortunate enough to not have any of my immediate family affected by the fires, but I did have numerous friends be relocated and taken away from their homes and belongings due to their houses being in a high-risk area. Many of their families lost their homes as a result,” Cherry said.

Many organizations and individuals around the world have offered assistance through fundraising and advocacy efforts to help those affected by the bushfires. One such effort was initiated this month by Australia natives Jason Hoy and his wife Mel Hasche, owners of the local Easton Cafe Tucker Silk Mill.

In cooperation with the Easton-based Australian restaurant, Pie + Tart, Tucker Silk Mill held a charity event on January 19 to support the bushfires. The companies raised $23,151, all of which will be sent back to support the efforts in Australia to combat the crisis.

However, Hoy and Hansche said they feel that divisions within the Australian government is preventing the passage of legislation to support disaster relief efforts and combat climate change.

“The third largest force in Australia is the green party…and they hold power in the Senate, so it means that they are able to affect climate legislation maybe a little more effectively than here in the states,” Hansche said.

Hoy explained that the political process can be slow because government actions still have to be passed through Parliament.

“Prime Minister Scott Morrison brought in a lump of coal to Parliament and told everyone not to be afraid,” Hoy said.

“Many scientists in Australia as well as people who have been fighting fires have all attributed the severity of these particular fires to climate change,” Hansche said. “[Morrison] is still saying Australia always has fires in the summer and that it has nothing to do with the environment.”

The couple feels that stopping climate change, and its ensuing natural disasters, will require a change in behavior.

Simon had a similar assessment of the political situation in Australia.

“Everyone is doing everything they can, but the current political system here is frustrating, and lots of people don’t believe the government will help,” Simon said. “Many political leaders don’t believe climate change has anything to do with the bushfires.”

Simon said she believes that the college should spread awareness about climate change by adding core requirements addressing it.

Meanwhile, continued efforts such as those from Tucker Silk Mill and Pie + Tart can help support Australia both combat and recover from its most recent and devastating natural disaster.

“The best way to help would be to visit Australia Red Cross appeal website and look into the Bushfire Appeal page there,” Cherry added.