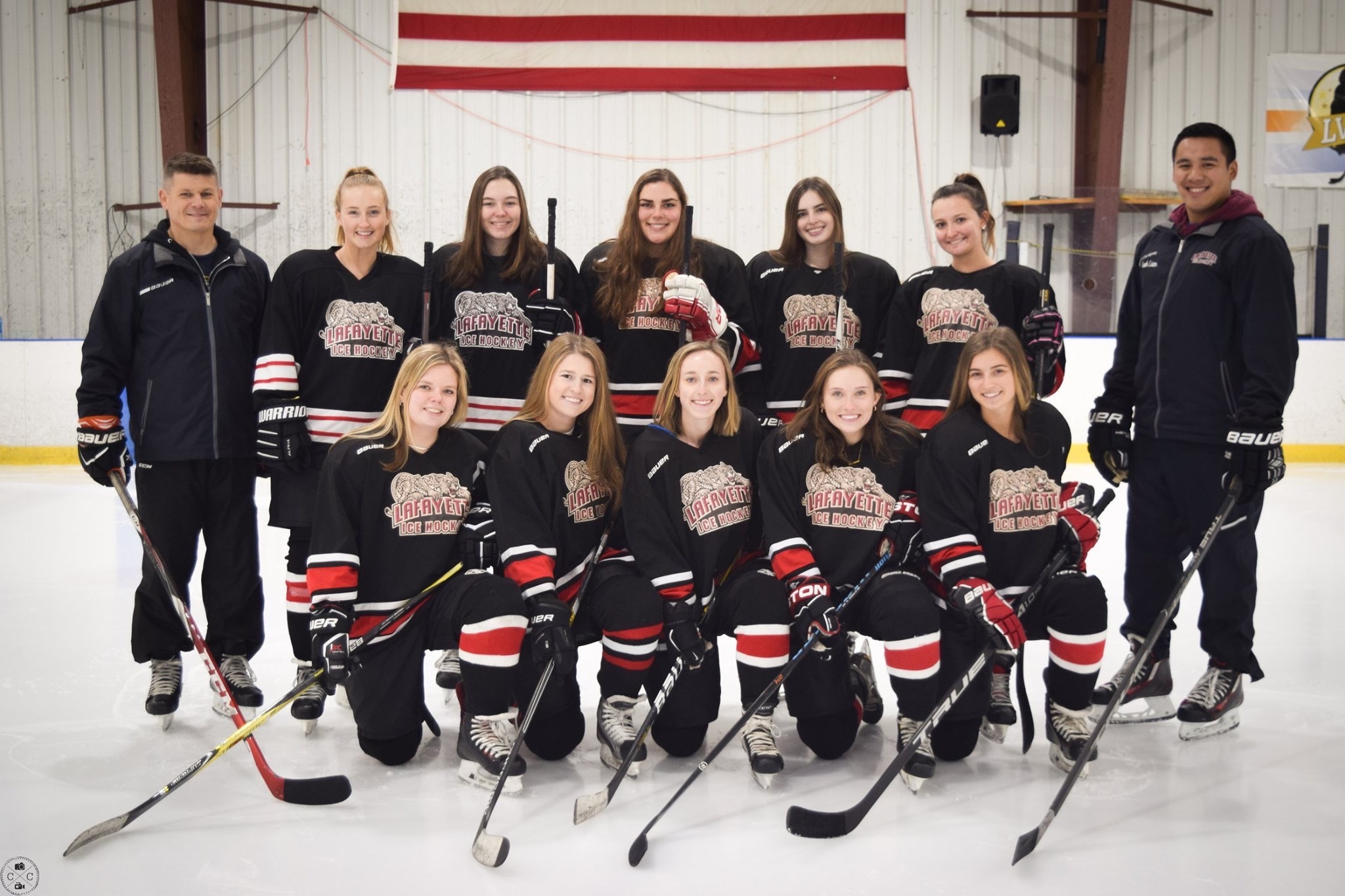 The team remains in third place with three games remaining before the playoffs. (Photo courtesy of Renna Thomas ’21)

The Lafayette women’s club hockey team showed no signs of rust after more than two months off, winning their first game of the new year over the University of Virginia by a score of 6-2.

The Leopards improve to 4-2-1 with their third consecutive win and remain in third place in their division, just one win behind first place George Mason.

“We just had that connection that we’ve been trying to get for the past few months, since we first started back in October,” said junior forward Renna Thomas. “We just clicked right again right away, and that was a really good feeling, and a part of why we did so well.”

Lafayette got out to an early lead in the opening period after a goal by sophomore forward Liz Weisgerber, the first score of her career.

“I think people in the other rink could hear me screaming,” Thomas said. “We were all so excited.”

The Leopards maintained the 1-0 advantage before adding three more goals in the second period. Senior forward Faith Price scored in the frame in addition to two freshmen, forward Layla Ennis and defender Sara Graham, who each added goals of their own. Lafayette carried a 4-0 lead into the final period.

Both teams scored a pair of goals in the third period, with the Lafayette goals credited to Ennis and Graham, as the Leopards coasted to a 6-2 victory.

“One thing that was prominent all three periods was definitely the team’s energy,” said freshman forward Leslie Phillips. “Everyone was skating and playing their hardest no matter how tired they were, even after UVA scored their goals.”

The Leopards posted 48 shots on goal to Virginia’s 25, with junior goalkeeper Maria Giambruno-Fuge making 23 stops, good for a save percentage of 92.

Through seven games this season, the team has scored 28 goals and allowed just 14. Freshman forward Genevieve McClean leads the team this season with seven goals and five assists. Lafayette is currently in playoff position with just three games remaining.

“I’m definitely surprised with the overall level of the team,” Phillips said. “Women’s ice hockey is rarely offered at colleges, especially club, so it’s so special [that] we all have this opportunity.”

Lafayette travels to Philadelphia tomorrow to take on Saint Joseph’s University at 7:15 p.m.