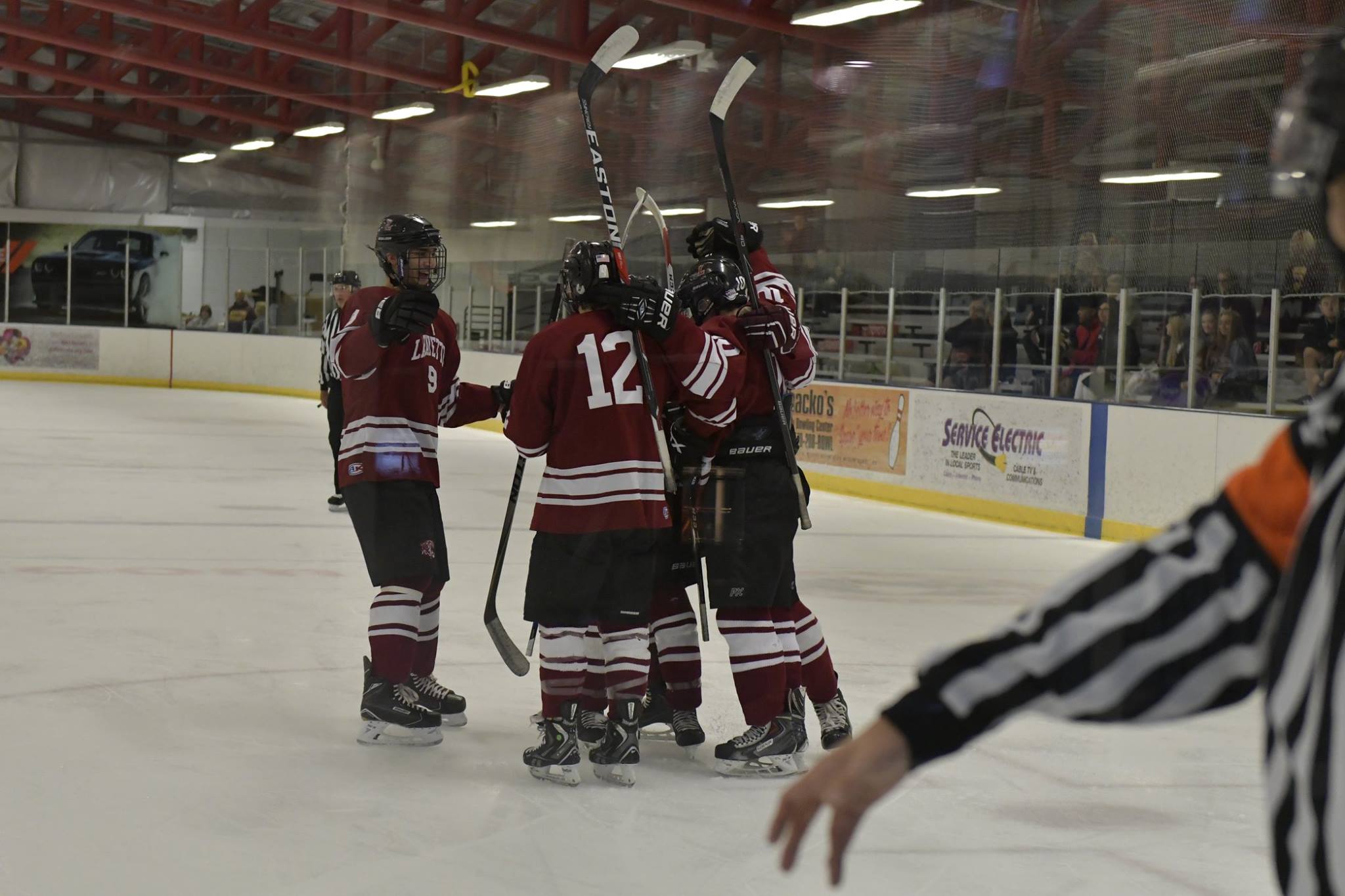 The men’s club team is in fourth place with playoffs looming. (Photo courtesy of the team Facebook page)

The Lafayette men’s club hockey team beat La Salle this past Friday, 5-4, in their first game of the new year. The win was the Leopards’ fifth straight, dating back to mid-November, and moves the team’s record to 8-5.

The game was the team’s first after the six-week winter break.

“[There were a] few miscues in terms of decision making which tend to happen after taking time off, but everyone was playing at similar speeds I’ve seen all year,” freshman goalie Ted Fischer said. “We had a lot of momentum going into this game, having beaten Lehigh and Bucknell, so everyone came out fast, and we were able to practice on Wednesday before the game.”

Kiley opened up the scoring for Lafayette, off a Schroeder assist, at the halfway mark of the first period. La Salle responded quickly with a goal to tie the game before the Leopards regained the lead on a goal by Schroeder, with the assist credited to freshman defender Ryan Jochims. Lafayette carried a 2-1 advantage into the second period.

“Both [the assist to Kiley and my own goal] started from Kiley,” Schroeder said. “He came around the net and saw me at the point, and passed it my way. For the assist I actually took a shot, and it rebounded, and James was able to convert. For the goal, I was able to get it through traffic and just make a play.”

In the second period, the Lafayette defense held La Salle in check, as Webb and Barbaro scored to increase the lead to 4-1 heading into the second intermission.

But the game was not over yet. La Salle scored at the 10 and two minute marks to narrow the deficit to 4-3.

“We prioritized keeping possession as much as possible, especially as La Salle was running out of time,” Kiley said.

In the final minute of the game, Kiley was able to score his second goal, securing the Lafayette win.

With only four regular season games left, the surging Leopards remain in playoff position after a 3-5 start to the season. As the postseason approaches, the team will continue to shake off more rust from the winter break.

“We only had one practice before the game…so we tried to keep the game plan simple and stick to our fundamentals,” Schroeder said. “We have a couple of practices before our next game, so we’ll keep getting our legs back and tuning up the game plan.”

The team is set to take on Kutztown next Friday in their final home game of the season.

“Kutztown is a tough competitor so it’ll be a good challenge and test for us,” Schroeder said. “Pumping up the energy in the arena with some fans would be awesome.”

The game will be played at the Steel Ice Center in Bethlehem at 9 p.m.

“It’s the last home game for our seniors so in a lot of ways it’s their senior night,” Schroeder added. “Having a good turnout for the Laf-Lehigh game was huge for us to keep going, and we’d love to see that energy next week.”