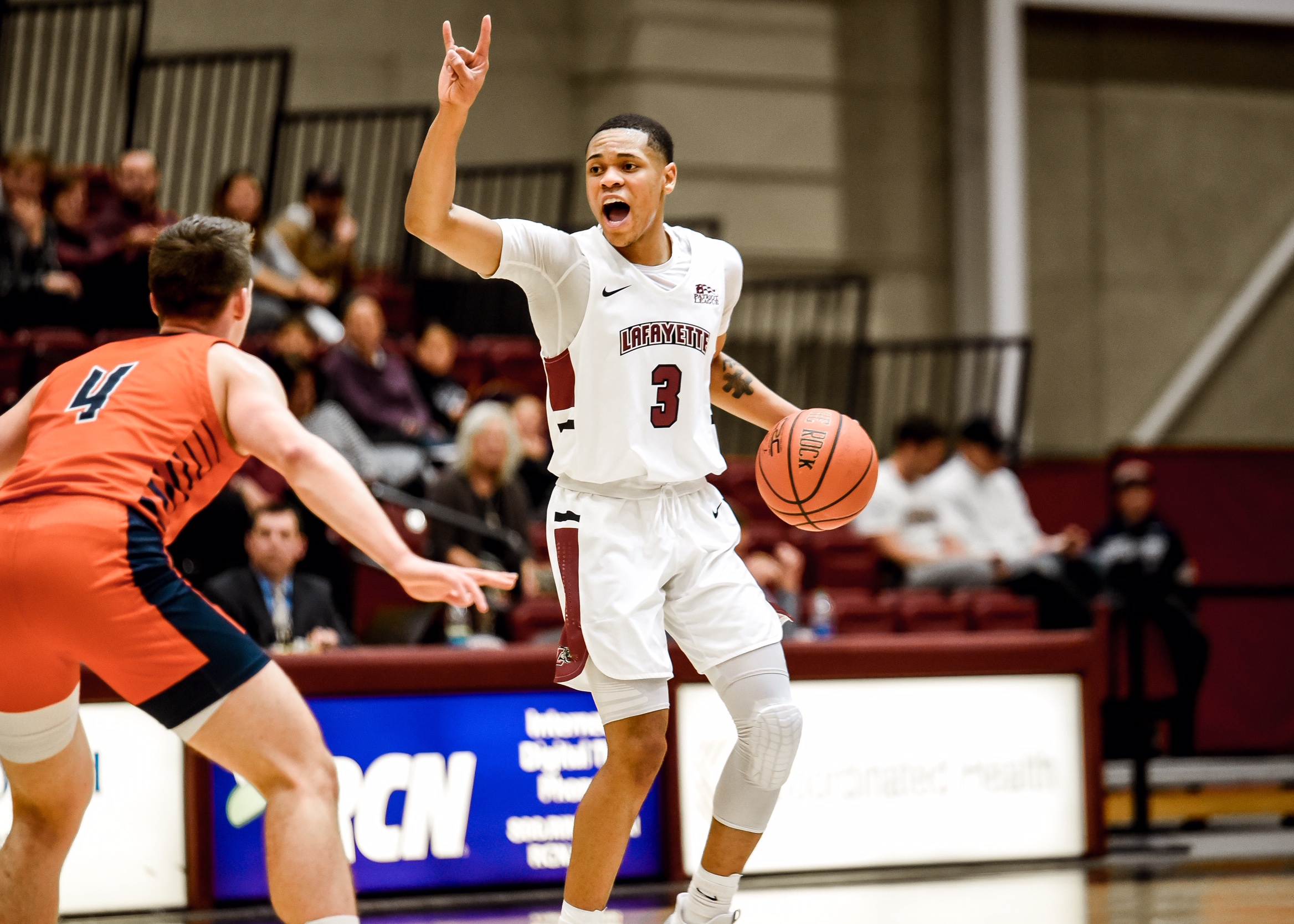 Senior forward and co-captain Lukas Jarrett has played in over a hundred games for the Lafayette men’s basketball team, but there was still one thing he had not seen during his four years with the program: a win over rival Lehigh.

That all changed on Saturday, as the Leopards bounced back from consecutive losses with a strong 74-56 win over the Mountain Hawks, snapping an eight-game losing streak in The Rivalry.

“Most of our battles have been really close against Lehigh, and it’s just killed me that we haven’t won,” Jarrett said. “All the guys were more than happy just to win the game.”

Despite holding the all-time advantage in The Rivalry against Lehigh by a mark of 144-89, the Leopards had not beaten the Mountain Hawks since February 2015.

The Leopards now have a 13-7 record with a 5-4 mark in conference play after a Patriot League win against Colgate on Wednesday evening.

Against Lehigh, the Leopards jumped out to an early 12-5 lead and held a steady advantage throughout the first half, going into the break up 33-25. Lafayette came out shooting to start the second half, stretching the lead to 20 by the 13-minute mark before cruising to victory.

“I felt we were more focused in the Lehigh game from start to finish,” head coach Fran O’Hanlon said. “We played with a lot more intensity and we played together, and sometimes the shots go in and [that] always helps.”

“I think we were ready from the start and it showed,” freshman forward Leo O’Boyle said. “We just kept on making our shots, playing defense and playing the right way.”

Junior guard Justin Jaworski lead the offensive charge with a game-high 20 points on 8-17 shooting from the field. Jaworski scored seven of the Leopards’ first 10 points to open an early lead, and also contributed a pair of steals, assists and rebounds in the contest.

After leading the team in scoring in eight of Lafayette’s first 10 games of the season, Jaworski accomplished the same feat just once in their last eight games.

“I was just trying to be a bit more aggressive because I’ve been in an eight-game slump where I was sick coming out of Christmas, and I was struggling to find my legs,” Jaworski said. “I still wasn’t as efficient as I wanted to be but it was nice to make some shots and see a couple go in.”

O’Boyle earned his first career start against Lehigh and took full advantage, chipping in 12 points on 4-8 shooting to go with five rebounds and three assists.

“I love having Leo out there because he opens up everything for me. He’s such a knockdown shooter, people can’t leave him,” Jaworski said. “And just being 6’7″ and the way he shoots the ball, he’s kind of impossible to guard. So if he’s making shots, he’s really nice to have out there.”

Jarrett also scored in double figures with 11 points, five rebounds and a pair of assists.

With the win on Wednesday night, Lafayette has now beaten the league-leading Raiders twice, giving Colgate their only conference losses on the season.

Senior forward Myles Cherry and freshman forward Leo O’Boyle chipped in 13 and 12 points, respectively. The Leopards shot 51 percent from the field and 43 percent from long distance in the victory.

Next up for the Leopards is a home conference game against American tomorrow at 2 p.m.