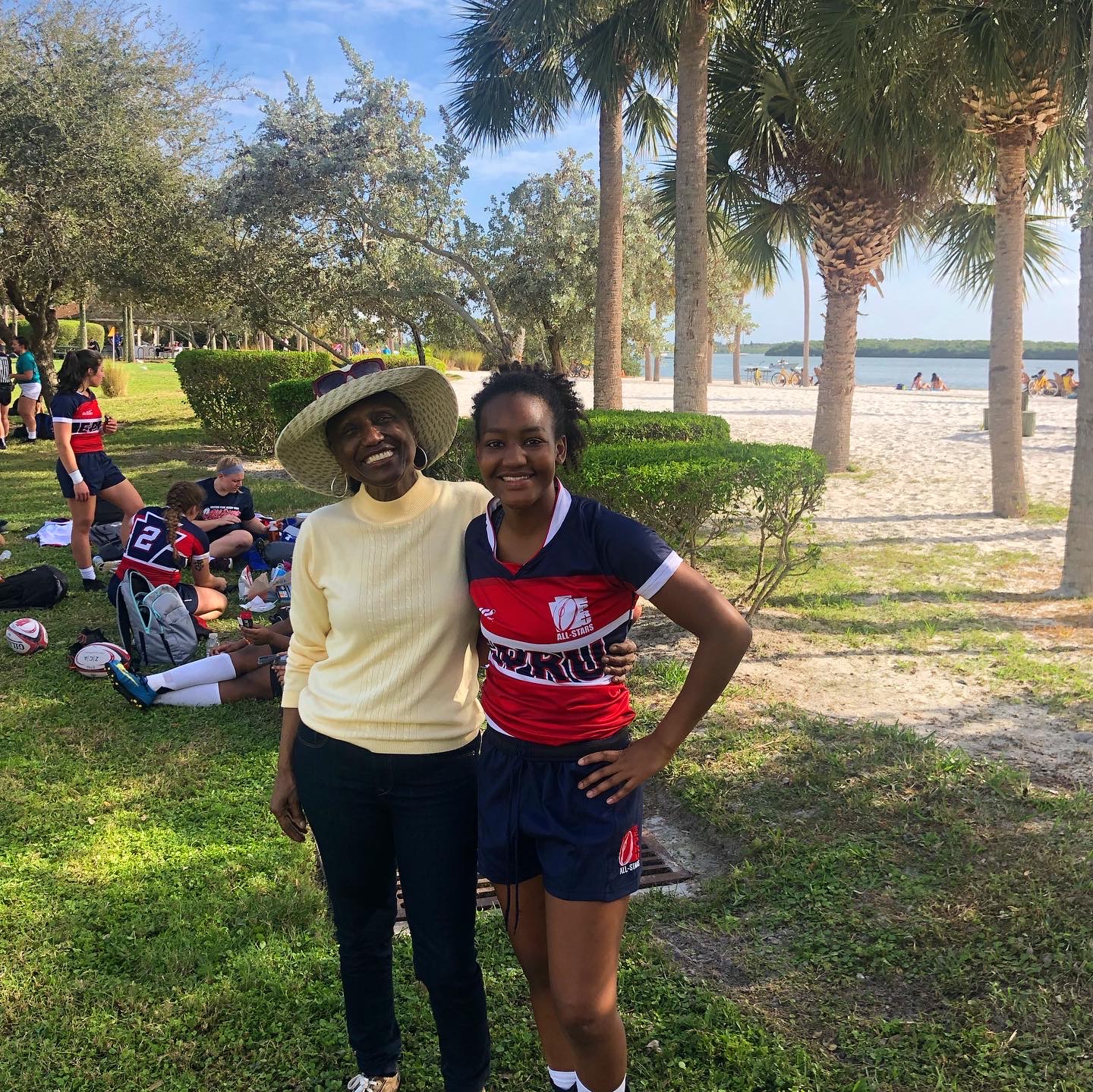 Senior women’s rugby captain Jordyn Marlin was one of 12 players selected to compete on the all-star team. (Photo courtesy of Jordyn Marlin ’20)

“The school we went to [Eckerd College] was gorgeous, and it was on the beach,” Marlin said. “It was really fun getting to know the girls from other schools who I’ve been playing against for a long time.”

30 players competed in a tryout for a chance to represent their local rugby union in the tournament. Marlin’s team was lead by Scott Stratton, head coach of the Harrisburg women’s rugby team.

“We had workouts we had to do over winter break [in preparation], including a lot of running and lifting,” Marlin said. “We had three or four practices as a team, and the week before we went to Florida, we had a tournament in South Jersey, which we won.”

Marlin played in the Florida tournament for the Eastern Pennsylvania union. The team got fourth place, but Marlin said the players were disappointed in the finish since they had beaten the team who got first overall.

“I’m happy with how I played. I scored once, and had a good amount of assists. I think I did a good job helping my team advance the ball and make good offensive plays,” Marlin said. “My team is awesome, people had amazing performances and shows of heart. It was really cool to play at that level, and it felt good to play my own game and do my own job.”

“She’s a very versatile player,” said Rachel Grispon, Lafayette women’s rugby head coach. “She is fearless when it comes to carrying the ball and tackling people. She puts her heart and soul on the pitch, and that’s what makes her stand out.”

Marlin said she started playing rugby her freshman year of college after watching it on TV in the 2016 Olympics.

“When I got to [Lafayette] and found out there was a rugby team, it became a huge part of my college experience,” Marlin said. “It’s really how I made my first friends, so it was awesome to feel like there was an exclamation point on the end of my college rugby career.”

Marlin said playing for the Lafayette rugby team is one of her three favorite things she’s done in college.

“The people make the team, and there’s something special about the kind of person who chooses to join a sport in which you’re going to be thrown around,” Marlin said. “I’ve been on the team for four years now, and it hasn’t mattered who’s on it, I’ve always loved my team.”

“It’s family,” Grispon said. “[Rugby] doesn’t discriminate. We take every shape, size, race, sexual preference, ethnicity, it doesn’t matter. They find the courage they never thought they had. Jordyn has always been a stellar player, but she really found her voice when she became a junior.”

When Marlin isn’t playing rugby, she makes her mark around campus with several clubs. She recently left office for the Panhellenic council, and is co-president of NIA, a support group for women of color on campus, according to their Facebook page.

She is also a McKelvy scholar, president of McKelvy intellectual discussion, and a member of Pi Beta Phi sorority. Additionally, she is an anthropology and sociology major, with a minor in Chinese.

After she graduates, Marlin said she hopes to continue to play rugby for a women’s team.

“As much as it’s a sport, rugby is a culture,” Marlin said. “There are huge cultural aspects about being a rugby player in college that a lot of other sports don’t have.”