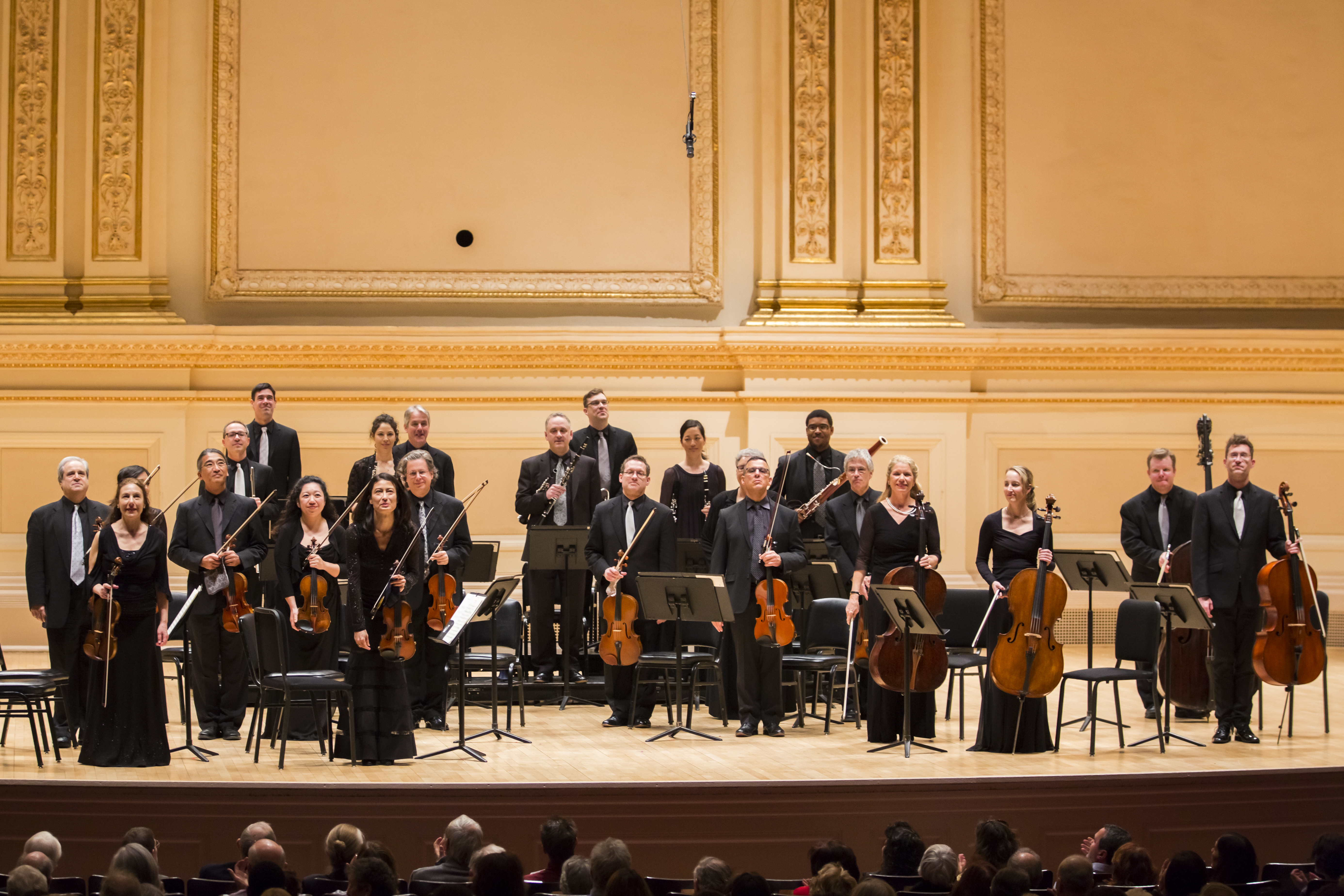 The Orpheus Chamber Orchestra has never had a conductor, instead relying on collaborative leadership. (Photo courtesy of Chris Lee)

For Jim Wilson, cellist and artistic director of the Grammy award-winning Orpheus Chamber Orchestra, hearing an orchestra perform live is like seeing a Monet painting in person as opposed to in print. This weekend, the Lafayette and Easton communities will have the opportunity to experience Wilson’s own orchestra perform live.

The distinguished chamber orchestra will be returning to the college this Saturday, Feb. 1 to perform Vivaldi’s “The Four Seasons” and Tchaikovsky’s “The Seasons.”

The orchestra’s rendition of “The Four Seasons” will feature Vadim Gluzman, violin virtuoso and frequent collaborator with Orpheus.

Besides being one of the most accomplished chamber orchestras in the world, Orpheus is also known for its democratic leadership model.

“Orpheus has never had a conductor,” Wilson explained. “We have this system of collaborative leadership where everyone in the orchestra has a voice and where everybody’s opinion is valued and respected.”

When Orpheus was first formed in 1972, this conductor-less approach was unprecedented. Orpheus’s lack of a single leadership role lent itself to bold interpretations and unconventional programs according to their website.

The orchestra’s performance of “The Seasons” exemplifies their unique approach to classical music. The piece was originally written as a set of twelve solo piano pieces, but Orpheus commissioned composers Jessie Montgomery and Jannina Norpoth to conceive a new arrangement of “The Seasons” for a thirty-member chamber orchestra.

According to Wilson, this new arrangement makes for a distinctive listening experience that one must hear for themselves to fully understand.

“There’s more colors available in orchestra than in piano, but it’s also more difficult because every one of the thirty people has to play one line,” Wilson said.

“Everybody in the orchestra uses a lot of body language while we play. People that haven’t heard us before are really shocked because it seems like the music starts playing by itself,” Wilson said. “That becomes part of the performance, the interaction between the players.”

Orpheus often performs with accomplished soloists, which they integrate smoothly into the dynamics of their collaborative leadership model. Gluzman is one collaborator among many whose voice has affected Orpheus’s sound.

Wilson recalled that Gluzman suggested the orchestra use reproduction Baroque era bows while performing “The Four Seasons.” Wilson explained that this adjustment led to a more “punchy, electric sounding interpretation,” which compliments the eccentric Vivaldi piece.

Gluzman himself is a world-class soloist who last performed at the Williams Center with Orpheus in 2017, playing the Tchaikovsky Violin Concerto. The Ukranian-born violinist spent his childhood in Riga, Latvia before he moved to Israel and then concluded his studies at The Julliard School. While he was enrolled in Julliard, Gluzman would watch Orpheus’s performances at Carnegie Hall.