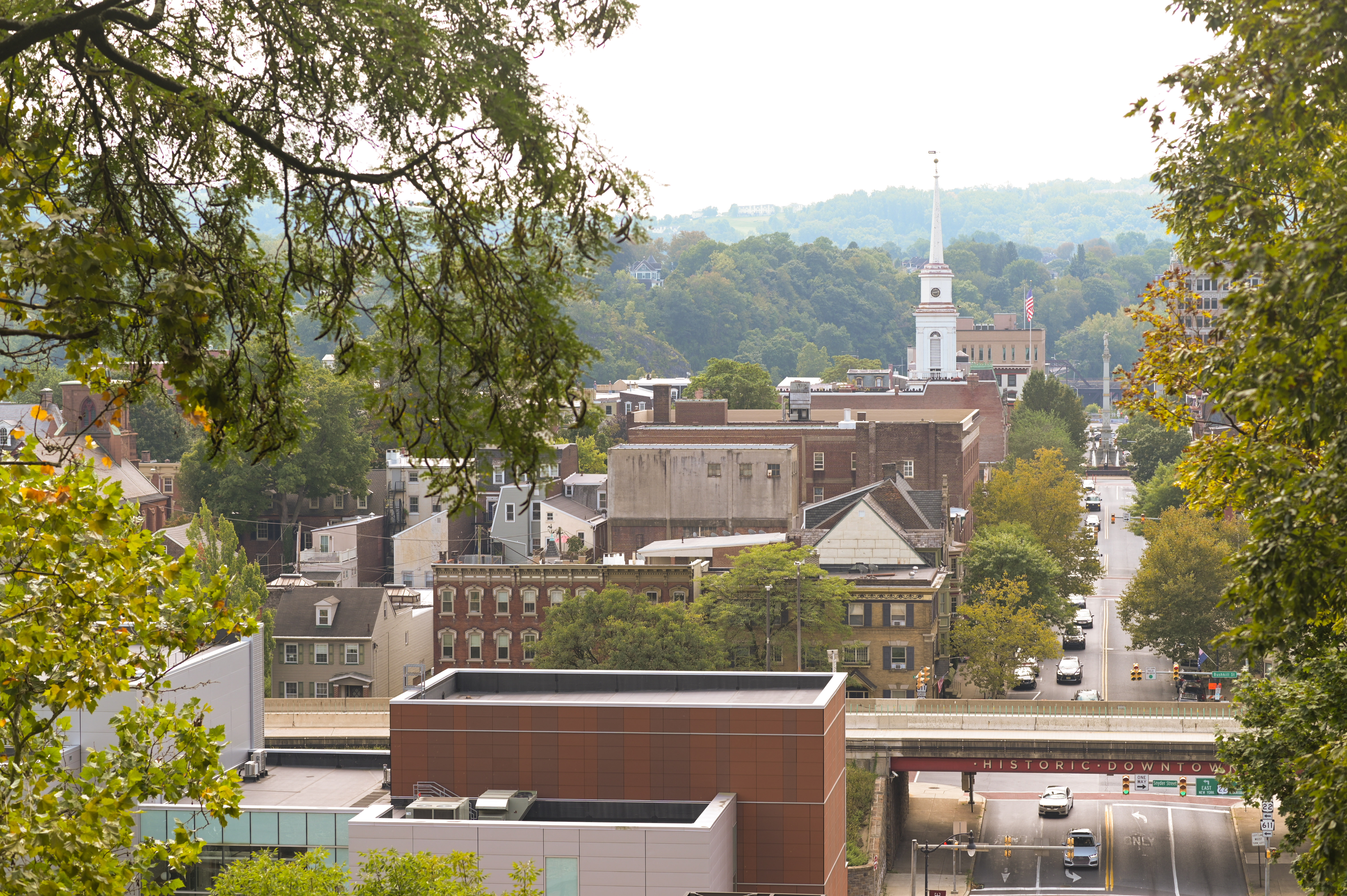 Some Easton restaurants have invested in outdoor heaters in anticipation of the colder months. (Photo by Brandon Marin ’22)

Easton has seen its fair share of development in the past decade with new restaurants, murals and community programming, and that trend is set to continue with the construction of a new apartment building downtown meant to attract more urban residents. However, members of the community including Easton Mayor Sal Panto have shared objections to the project’s completion as it is currently planned.

Roger Ruggles, associate professor of Civil Engineering and a member of the Easton City Council, noted that in spite of subsurface issues which must be addressed in the construction of such a building, “the structure itself is pretty generic.” Members of the community raised objections about downtown parking and traffic, with the main point contention stemming from the building’s proposed location, according to Ruggles.

The tenants in the BB&T bank building cannot be displaced due to an active lease, and the developer’s desire not to remove the tenants. Consequently, the apartments will sit behind the business center, according to Lehigh Valley Live.

“My primary objection is the location on the rear of the lot, rather than placing it on Third Street where the existing two-story building is located,” Panto wrote in an email. “Existing zoning codes passed before I took office to allow for the [11]-story building, and I have no issue with the height.”

Nevertheless, Panto reluctantly voted to issue a certificate of appropriateness for the building and noted that net positives will come out of the construction.

“The City population decreased in the downtown neighborhood by 4,000 individuals during urban renewal, and the City as a whole declined from 35,000 to less than 25,000 residents,” Panto wrote. “The expansion of our population to pre-urban renewal levels is a plus with the development.”

This debate occurred as construction for the McCartney Street Housing continues on College Hill. The dormitories, which are set to open in the fall of 2020, created controversy when the college demolished what some members of the community considered to be historic properties, according to The Morning Call.

“One of the primary objections was the expansion of Lafayette outside of what people saw their territory,” Ruggles said. “The fact that the college was going out and tearing houses down kinda angered people. In [the apartment building’s case], nothing’s being torn down, everything is going to be built, and there are a tremendous amount of apartments going downtown.”

John Rybnik ’23 said he can understand the concerns and hopes of the residents. “On the one hand if you live close by, traffic, parking, and even a view could be disrupted by this giant building,” Rybnik said. “On the other hand, more people will be brought in to the city, and that can spur economic growth.”

The developers recently presented their plans to the historic district commission and hope to break ground in the spring, according to Lehigh Valley Live. The developers must still go through the planning and zoning stages before starting construction, however, which provides the opportunity for people to voice their concerns, Ruggles said.