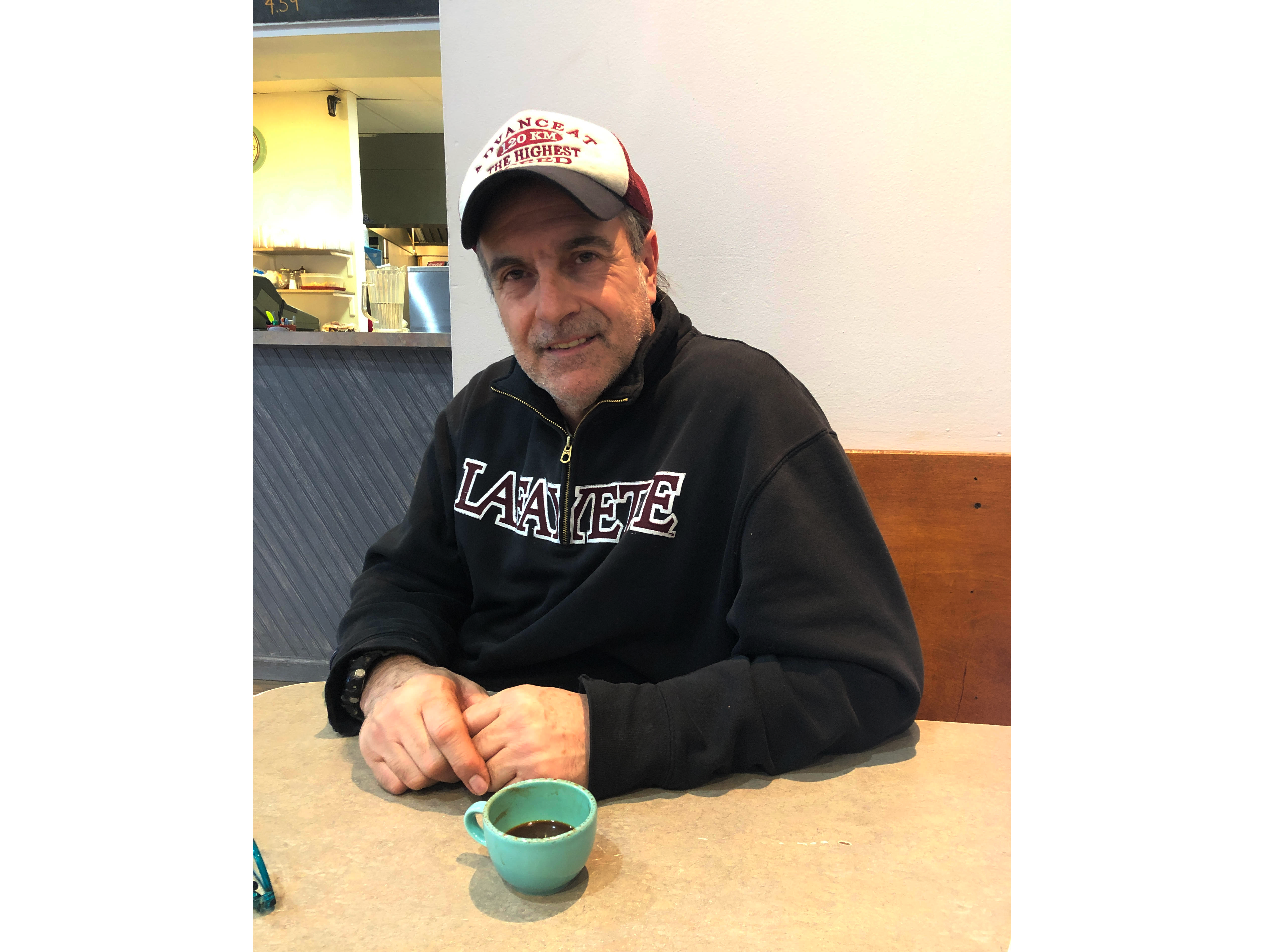 In addition to Campus Pizza and Mojo 516 Cafe, Lambros Galanos is currently working on opening a new Greek restaurant on College Hill. (Photo by Mario Sanchez ’21)

One of students’ favorite College Hill families, the Galanos, are expanding the business from Campus Pizza and Mojo 516 Cafe to a new Greek restaurant on Cattell Street, expected to open in Spring 2020.

Lambros Galanos, who comes from a small town in Greece, said he has wanted to open a Greek restaurant for over 10 years.

“It’s the only thing that the college doesn’t have yet,” he said.

The restaurant is to be located at 323 Cattell St, and like Campus Pizza and Mojo, students will be able to use their Pard dollars to pay for their meals.

Thirty-three years ago, in 1986, Lambros and Kathy Galanos opened Campus Pizza. Since then, it has become a staple for College Hill residents and Lafayette’s campus culture, being conveniently located for students across from McKeen Hall on McCartney Street.

This past May, Mojo, a cafe that offers coffee, sandwiches and smoothies, celebrated five years since its opening. Mojo has also become a place that frequently fills with students cozying up with a hot or cold drink, chatting and working on their assignments.

Francie, one of Lambros and Kathy’s daughters, said she has been helping out with her parents’ business ever since she was young, for approximately 17 years.

“I just feel like, you know, they’ve helped me out here,” she said. “So why not help up my parents?”

Francie said she will most likely not be taking shifts at the new restaurant since she will continue to alternate shifts between Campus Pizza and Mojo. However, she said she believes that the restaurant will be a success, as long as “authentic Greek food” is offered.

“It’s a good idea because there aren’t really many Greek places right around here, like real food,” she said, adding that the restaurant is catered for everyone, especially Easton locals.

“You have to realize that my entire family comes from Greece. Everything’s fresh. Nothing is like pumped with the stuff that we have here [in the United States], so it’s a whole different diet.”

“My dad’s a great cook,” she added. “And my grandmother was a great cook when she was alive. So if they keep it…Greek, it’ll do well.”

Despite not knowing how to read or write, as well as not finishing high school or attending college, Francie said her father is highly accomplished.

“It’s just awesome. He’s just like a people person…that’s just personality,” she said. “Even in Greece, everywhere we go. It’s like he’s the mayor there.”