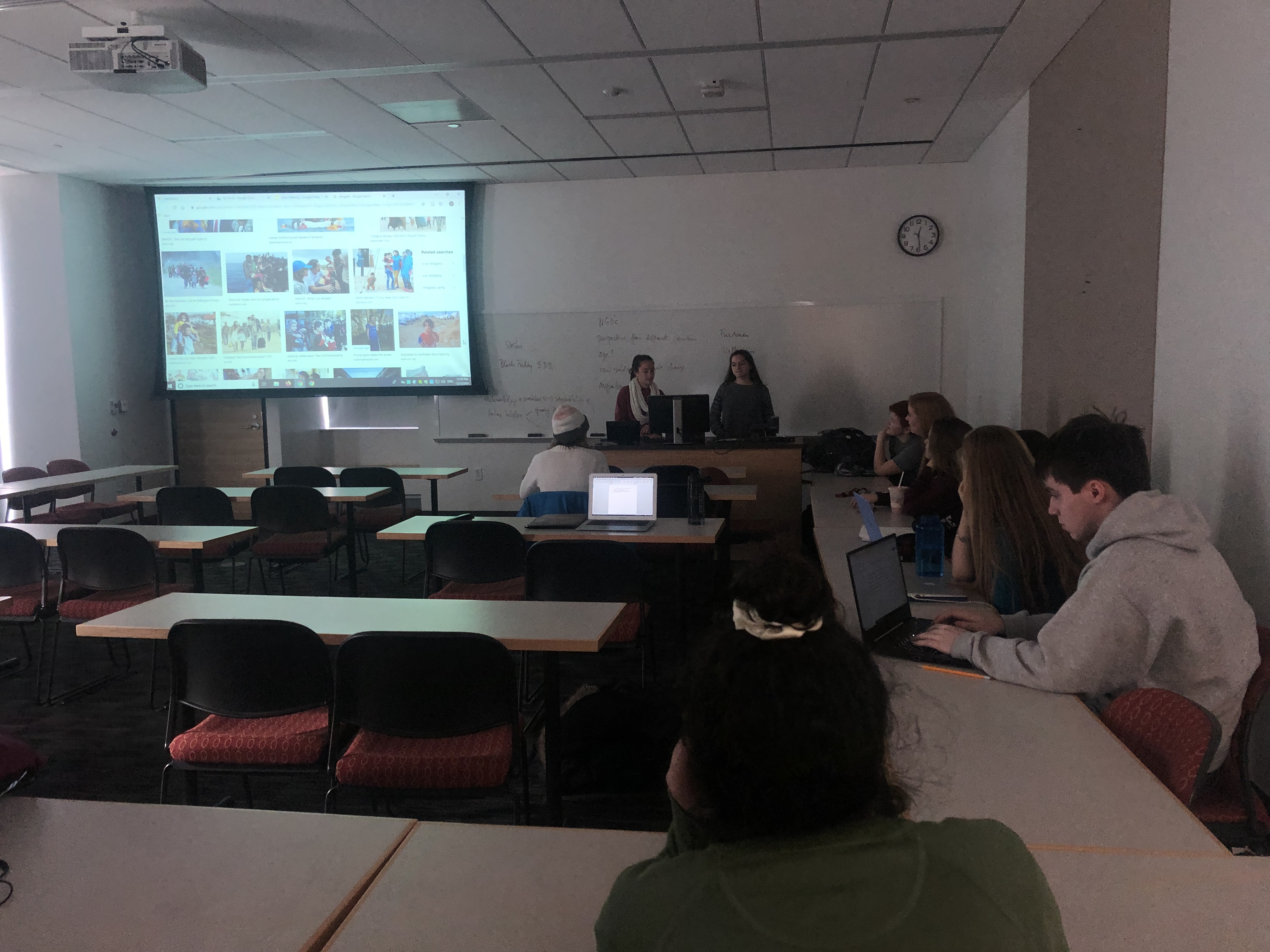 Lafayette Refugee Action (RefAct) hosted their semesterly open meeting on Tuesday to engage students in a dialogue regarding the perception of refugees in the mainstream media.

Danielle Gardner, the Co-President of RefAct, began the discussion with a brief introduction to the club. She said that RefAct is composed of two parts. The club holds events and outreach at Lafayette, but also works with a local resettlement agency in the Lehigh Valley to help refugees settle in the area. Last month, RefAct helped resettle another family, the third since the organization’s inception in 2016.

Before beginning the discussion, leaders of the club defined the terms refugee, immigrant, and migrant, all of which are terms that are frequently used in discussions surrounding refugees.

Members of RefAct called attention to how the connotations of words used in written media are overwhelmingly negative a majority of the time.

“We talk about these people like they’re a threat to our society, and that they’re illegal and all these scary terms that really make it a very toxic conversation, so can you really blame people if that’s all they’ve heard about refugees,” Gardner said.

Later in the meeting, a photograph of a refugee family was displayed and members organized a word cloud activity to compile all of the words that attendees associated with the photo.

The words that participants heavily associated with the photo included fear, family, safety, desperation, help, and danger. Participants also called attention to how the photograph was titled “Desperate Refugees Flee to Greek Island”, which RefAct members noted includes more terms that lack empathy or respect to the family.

The discussion brought up how the growing usage of social media has played a part in how refugees are portrayed. The increasingly quick consumption of media puts a strain on the depth of the stories of refugees, they said.

The discussion also included conversations around journalistic ethics in the dialogue around refugees. Some participants said that consent to photograph refugees is crucial, while others brought up how obtaining consent in the middle of a refugee crisis is not feasible.

“When you’re a journalist, and you’re capturing these images, and then you’re sharing them around, like maybe you have good intentions and your goal is to raise awareness,” Gardner said. “But to what extent [should] you have to ask the family for permission to share those images of people in such intense moments?”