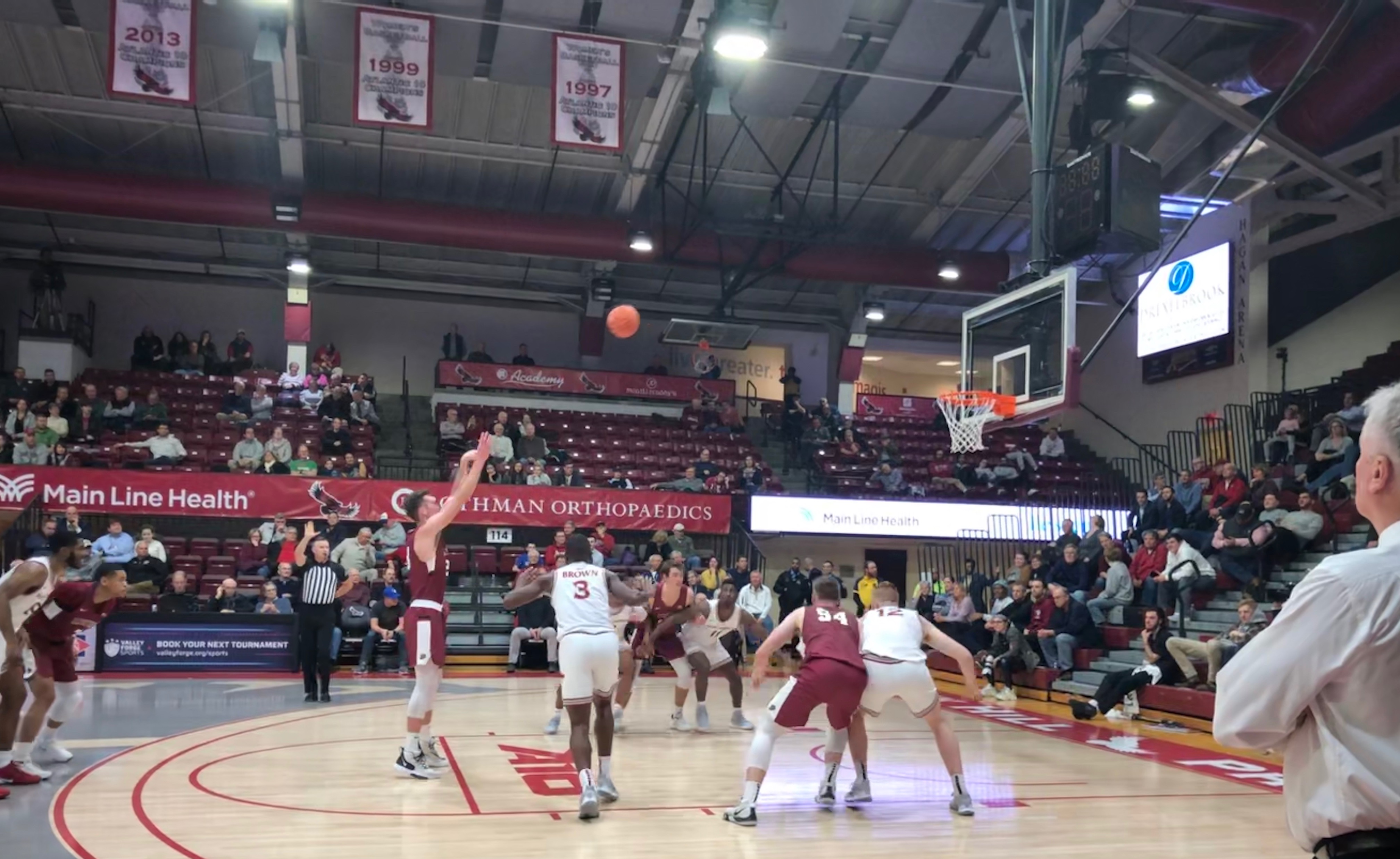 Lafayette broke an 11 game losing streak to St. Joseph’s with the win. (Photo by AJ Traub ’20)

After a nine day break, the Lafayette men’s basketball team showed no signs of rust with their third consecutive win, 94-71, and highest scoring output of the season against St. Joseph’s.

“We played very well,” said head coach Fran O’Hanlon. “To score 94 points like we did, obviously our offense was clicking and we were making shots.”

Junior guard Justin Jaworski poured in a career-high 31 points from all over the floor, shooting 10-17 from the field, 5-10 from deep and a perfect 6-6 from the free throw line.

“[Jaworski] puts a lot of pressure on them to create gaps because they have to stay up on him and our guys found him,” O’Hanlon said. “He epitomizes the way we want to play, he moves well without the ball, he shoots the ball so well, and he had one of those games where everything was dropping.”

“[Jaworski’s] had a lot of those games recently,” O’Hanlon added. “He’s one of the top three point shooters in the country and this year he’s continuing that.

The team as a whole shot 54 percent from the field and a scorching 50 percent from three point range, and broke an 11 game drought against St. Joseph’s dating back to 1975.

“Everyone did their job and thrived in their roles,” Jaworski said. “We made shots but the best part about last night was that we locked in and got stops defensively when we needed to.”

The 20 assists in the game for the Leopards were a season-best, and the team shot over 85 percent from the free throw line. The team’s 94 points were their most against a Division I opponent since 2014.

On the defensive side, Lafayette held the Hawks to 41.7 percent shooting from the field and just under 30 percent from beyond the three point line.

O’Hanlon said that as the team continues through their non-conference schedule, they have a few “execution things” to clean up.

“The plan is, as you play these non-league games, to learn your rotations and get better at your communication, your recognition of different defenses and continue to improve until you get to the league [schedule],” he added. “We’ve done a pretty good job of that so far, but every game presents a different problem.”

The Leopards travel to Ithaca, N.Y., tomorrow to take on Cornell University at 1 p.m.