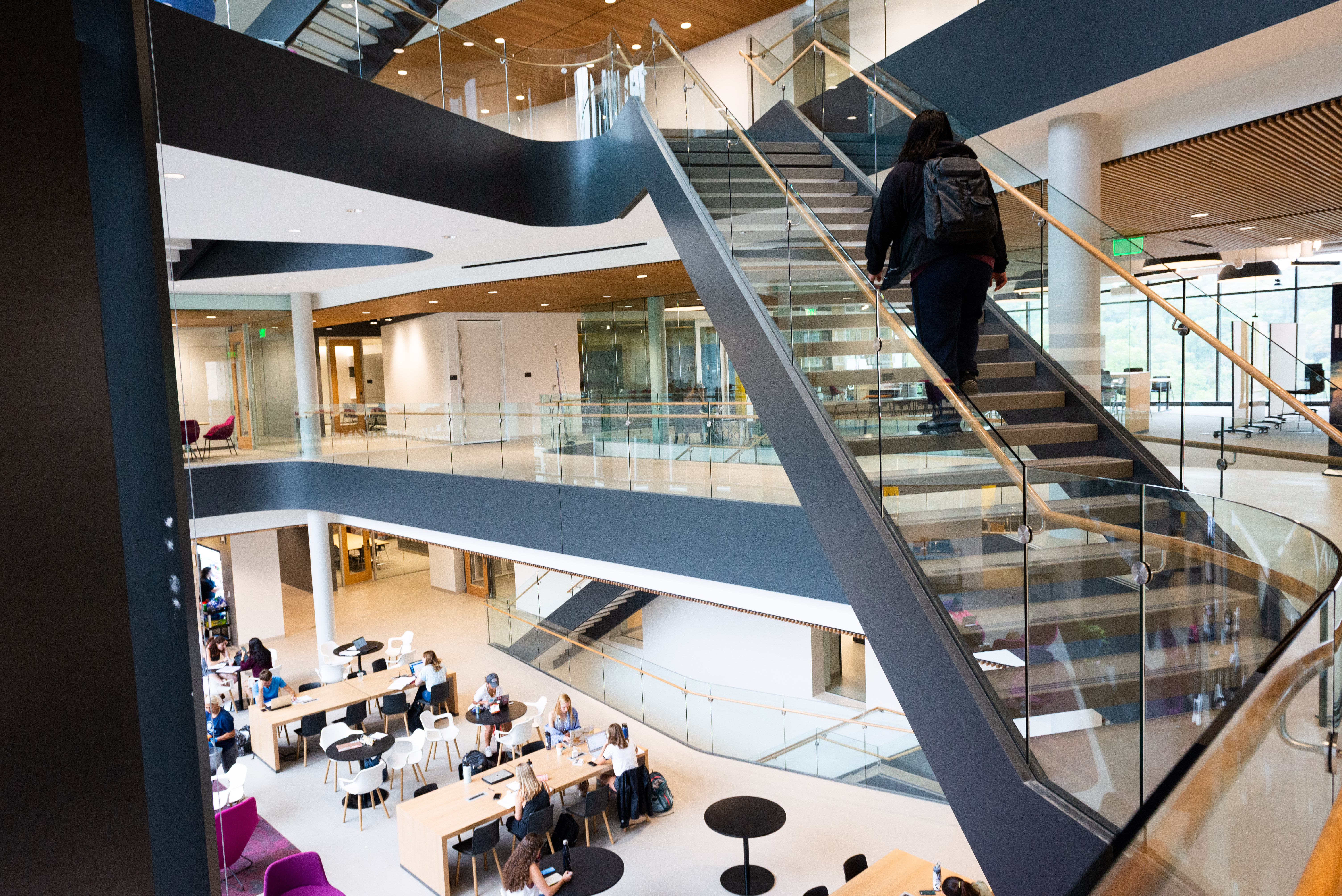 The computer science department, now housed in Rockwell, is expected to grow even further next year. (Photo by Brandon Marin ’22)

The computer science (CS) department has been struggling to keep up with increasing student demand as the field of computer science has exploded nationwide over the past few years. The college has simultaneously found it challenging to retain professors who can often earn more outside of academia.

“Every college and university has been having a hard time staffing computer science because it’s a very competitive field,” President Alison Byerly said. “Sometimes good candidates get drawn off into industry.”

The lack of professors and spike in student interest has made registering for upper level classes, some of which are required for the major and only offered once a year, an increasingly difficult challenge.

“When I was registering, beyond the intro class and the second intro class, it was very difficult for me as a junior to register for classes,” said Basit Balogun ’21, a computer science major. “I don’t think it should be like that.”

Balogun, who is a chair on the Academic Affairs Committee of Student Government, expressed these concerns to Dean of the Faculty Jamila Bookwala in an email last week.

“There’s a general consensus both among computer science students and faculty at Lafayette College that the need for an increased number of faculty is not being met,” Balogun wrote. “It has been excruciatingly difficult for computer science departments to continue offering a substantial number of elective classes while maintaining the class size standards.”

The department at Lafayette currently has seven full-time professors, with an additional two professors splitting time between computer science and another discipline.

Provost John Meier acknowledged the “immediate concern,” with the CS department, which stems from student demand which is “higher and broader” than in years past.

Meier explained that the timing of the hiring cycle, given that the academic year is in progress, makes hiring a new professor right now “practically impossible.”

“I think one of the difficulties in higher ed is it’s not difficult, it’s impossible to respond to something on a dime,” Meier said. “There’s no way for us to hire a computer science professor in January.”

For people with PhD’s in computer science, the “active industry competition” can be roadblocks to bringing in new faculty as well, he said.

“You’re never going to compete on salary, there’s nobody that can really pull that off,” Meier said. “But you can compete on [the fact that] it’s a great gig.”

Chun Wai Liew, the department head for computer science, noted that higher level students who graduate with CS degrees have less motivation to pursue graduate school given that they can expect to make around $110,000 for their first year salary out of school. This has decreased the number of computer science graduates who have PhD’s, and therefore limited the hiring options for CS departments around the country.

“Sometimes, if there’s an immediate need, we’ll hire someone for just a semester to teach a couple of courses,” Byerly said. “We’re close enough to other universities that sometimes there will be a grad student or recent hire at another university who would like to do some extra work.”

Liew also said that people who want to do research often don’t come to Lafayette, due to the college being on “a whole different playing field,” in terms of funding and research.

“Research programs now count on having graduate students to do the bulk of the work to get papers published and all that,” Liew said. “We don’t have any [graduate students], we can’t buy that one.”

Liew and Meier both noted that it is difficult to predict the amount of student interest in certain classes before the registration period, and that this fall semester is the first in which computer science has experienced a significant “bump.”

They also both said that the department does not have a “search,” this year, and thus will be unable to add a tenure track professor for fall 2020. Liew said that they will hopefully have at least one full visiting professor to “take some of the load off,” next fall.

Meier said that the hiring cycle starts in February for tenure track positions which will be filled for the start of the fall 2021 semester. When the college does have open positions, he said the Provost’s office usually gets “10-15 departments,” expressing their interest in filling one of the open positions.