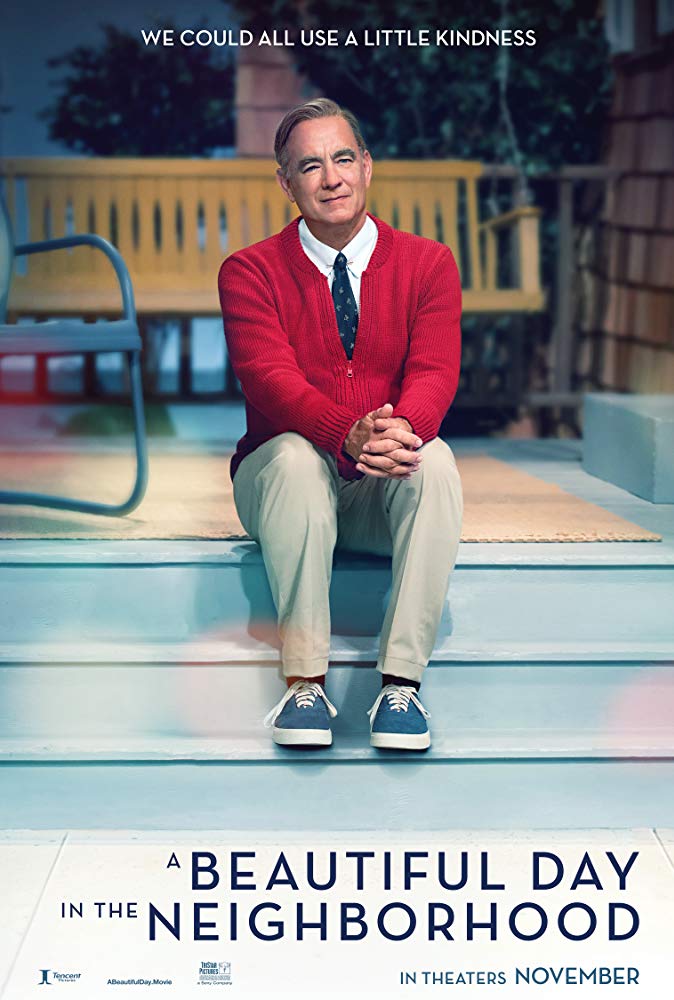 ‘A Beautiful Day in the Neighborhood’ is based on the true story of friendship between Fred Rogers and Tom Junod. (Photo courtesy of IMDB)

Many would say that Mr. Rogers and his neighborhood were a singularity whose essence may never be reproduced. However, “A Beautiful Day in the Neighborhood” demonstrates that this notion could not be further from the truth.

The film is captivating for people who grew up with the show and for those just getting to know the American icon. Based on the true story of friendship between Fred Rogers and Tom Junod, it is proof that Mr. Rogers used his influence not to show that he was special, but to show his viewers that they were special and that they also had the power to perform the same actions that they admired him for doing.

In the beginning of the movie, Vogel is a journalist with a reputation for writing scathing articles on the subjects he covers. He is asked to write a profile on Fred Rogers for Esquire magazine. While reluctant at first, Vogel takes on the assignment and, through his interview process, is disarmed by Rogers’ expressions of care and gestures of kindness. Their discussions help Vogel overcome childhood trauma and reconnect with loved ones.

The movie is an even more gripping experience than the documentary “Won’t You Be My Neighbor?” which was released last year.

Unlike the 2018 documentary, which featured interviews with Rogers and others who worked on his show, this film details a smaller period of time with the help of actors who portray their roles flawlessly. Hanks successfully depicts Roger’s eccentricities and charm, while Matthew Rhys portrays the evolution of Junod without overplaying the emotions.

I would personally recommend watching the documentary before this new film. With context, viewers will be able to appreciate director Marielle Heller’s use of artistic techniques that pay homage to the picture’s source material.

In a delightful throwback to the television show, classic miniaturized city models are used as a transition between locations. For instance, at one point, Vogel gets on a plane, and a toy plane is shown racing from one city model to another. Especially because Hollywood has heavily relied on CGI in recent years, the throwback to practical effects is a powerfully nostalgic gesture.

Another interesting creative touch is a dream sequence where the main character’s internal conflict is shown through the aesthetics, sets and characters from the show. It is a moment that reflects upon the fact that the characters Rogers created in his program represented aspects of his own personality. In this sequence, Vogel uses coping strategies that Rogers created in order to confront his struggles more easily. As the story unfolds, Vogel learns to handle these emotions and heal those around him through talking about his feelings and healing the fractured relationships which caused his turmoil.

Just as Vogel learned from Mr. Rogers, so should we all.

“It’s a Beautiful Day in the Neighborhood” is a powerful reminder for a divided United States at war with the truth about the importance of authenticity. People can fix the world around them if they are open, share kindness and reconcile when needed. As Mr. Rogers once said, “anything mentionable is manageable.”